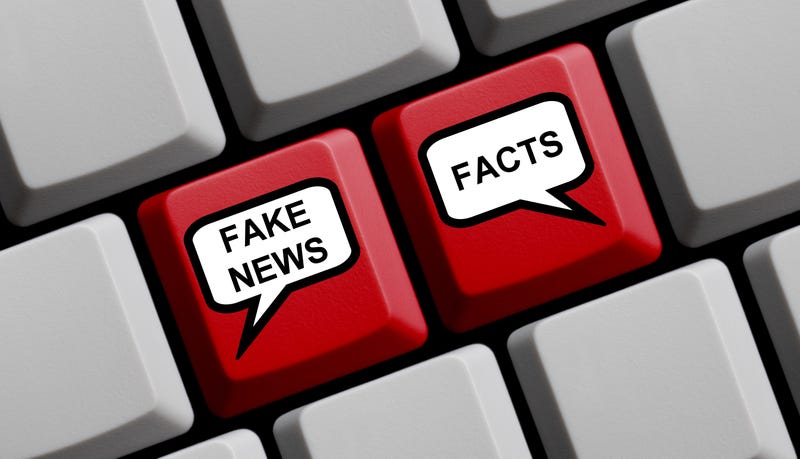 China, Russia and Iran are spreading disinformation about COVID-19 as a means to wage political warfare against the United States, and leading the effort to fight back is the State Department's Global Engagement Center (GEC).

Interestingly, "during the crisis, we’ve seen Russian, Chinese, and Iranian state disinformation and propaganda ecosystems all converge around some disinformation themes intended to promote their own agendas," said Lea Gabrielle, who is the special envoy and coordinator for the GEC. The two main tracks that these disinformation campaigns follow are the false claim that COVID-19 is an American-made biological weapon and the second is the false claim that China's communist government has handled the coronavirus pandemic in an exceptionally competent manner. China's, "global messaging apparatus, which includes state media as well as Chinese diplomats, to push out selected and localized versions of the same overarching false narratives," Gabrielle said in a recent press conference.

When the GEC was first created in 2011, it was designed to counter propaganda spread by terrorist groups but in time their mandate grew to include state actors as well. Gabrielle describes their current configuration for combating enemy propaganda and their establishment of three news teams focused on Russia, China and Iran.

This includes, "an analytics and research team with around 25 data scientists, also analysts and subject-matter experts, so that we can use data science and make sure that we are taking a data-driven approach to all of our work. And we also have a technology engagement team that conducts outreach to different technology capabilities so that we are convening the interagency and the U.S. government on capabilities that are being developed and those capabilities can be assessed," Gabrielle explained. "We have an ability to do a deeper dive on assessments of technologies being developed through a technology test bed, and we also use our technology engagement team to do outreach and coordination with different technology platforms, including the social media platforms."

In order to counter these propaganda narratives, Gabrielle describes the GEC's response as having, "launched a full spectrum of activities, including public messaging at home and overseas, diplomatic engagement and promotion of fact-based information to local audiences."

But some question whether the GEC is up to the task.

"The U.S. has a fragmented approach to countering disinformation, and all influence and counter influence efforts in general. This is a very challenging problem set, and many of the people tasked with addressing it simply don't have the education, training, or experience to do it effectively," said Army Psychological Operations non-commissioned officer Salil Puri. Puri emphasized that his opinions are his own and not reflective of those of the U.S. Army.

Puri mentioned that countering false narratives and disinformation campaigns are primarily cognitive challenges more than anything.

"As a nation, we have a cultural bias towards technological solutions. Disinformation is a human problem that requires human solutions. We can't program our way out of this," he told Connecting Vets. While well-intended, the GEC's efforts to set the record straight regarding false narratives advanced by China, Russia and Iran may be misguided, he said. "For instance, 'fact checks' or 'correcting the record' are of limited efficacy. In fact, due to a psychological expression known as the 'Backfire Effect,' they can be counterproductive," he said, instead suggesting the U.S. government needs to create its own narrative storytelling rather than simply refuting enemy propaganda with facts.

"It is always better to have the better story, the truthful story presented in a compelling way, than trying to constantly counter what other people are saying," he explained.

Puri says that one untapped resource for countering disinformation is to use humor. "Some of these efforts by China and Russia are so absurd, so ridiculously laughable, we should be using that," he said.