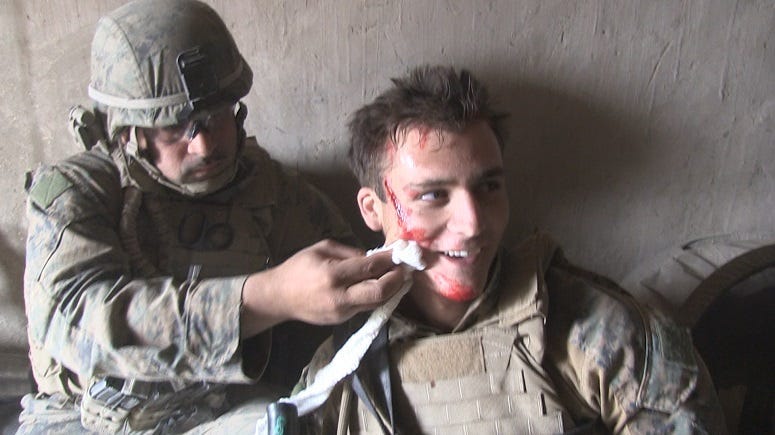 War documentary "Combat Obscura" shows us a glimpse of what combat life was really like — and it’s not pretty.

Marine Corps veteran and former Combat Camera videographer Miles Lagoze captured hours of footage during a 2011 deployment to Afghanistan’s violent Helmand Province.  “You get almost uncomfortably close to these guys because I was one of them,” explained Lagoze.

The film, which Lagoze created in college after getting out of the Marine Corps, is a clever patchwork of footage he kept — and it shows everything from the boredom and bullshitting, to scary firefights and an uncomfortable conversation with an Afghan corpse.

He was inspired to enlist by Full Metal Jacket’s Private Joker.

“I joined the Marine Corps out of high school.  And I saw Full Metal Jacket and was so impressed with the main character who was a combat correspondent, I was like ‘wow’ I can just join the military, not have to go to college, not have to go to journalism school and be out there filming the war? … To me, it seemed like the most important thing to be doing at 18.” 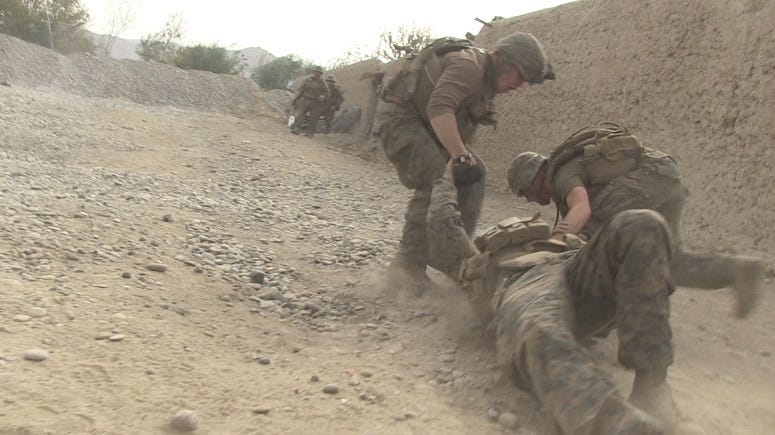 Is it legal to use footage recorded while on active duty?

“Well, it’s complicated. It’s a super gray area. As far as taking the footage, I mean, everybody has cameras out there. We include a lot of helmet cam footage from the grunts that were with the 1/6, [1st Battalion 6th Marine Regiment> and you know, the military is a 'disorganization', and no one is looking at who’s got cameras, and going through our footage and stuff.  When we left from Afghanistan they were mainly looking for guys bringing home weapons, AK47s, drugs, one guy tried to bring a grenade on the plane that he found in a weapons cache. Not a smart move on his part obviously.  But that’s the kind of stuff they were looking for. As far as legal stuff it’s complicated, but I’m working with some great first amendment institutions and we’re lucky that the Marine Corps is not pursuing legal action at this time ... It has been reviewed by both the Pentagon and the Marine Corps.” 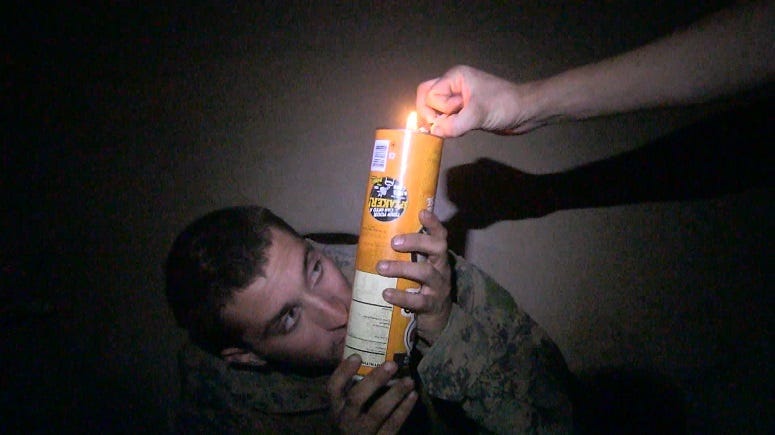 They were given a chunk of hash the size of a baseball.

“It was Ramadan and I remember patrolling through a field, and everybody was inside praying and stuff and there was one farmer outside in his field alone.  We walked past him and talked to him.  He literally reached into his pocket and pulls out a piece of hash the size of a baseball and just gave it to us.  I don’t why. We didn’t ask him for it … but that thing lasted the whole deployment.”

Hear our full, unfiltered interview with Miles Lagoze on the podcast VetStory