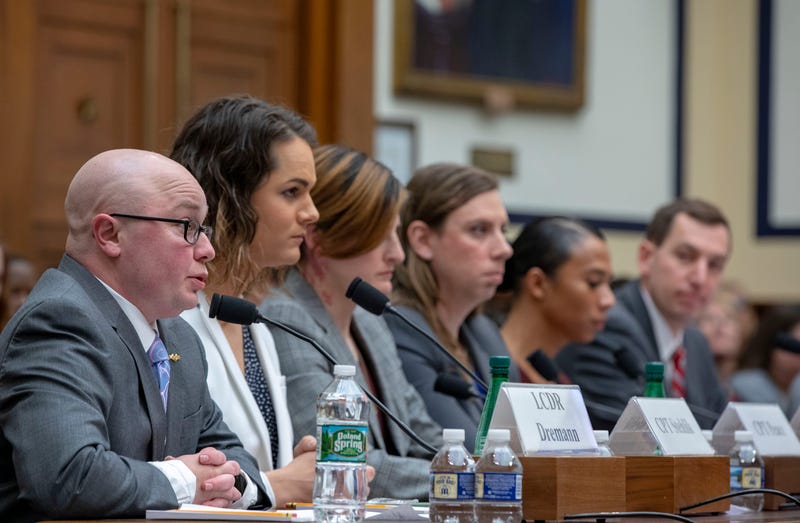 The military is having a hard time providing documented evidence in support of its transgender ban.

When asked to produce documented evidence that they did, in fact, conduct such a study, the military faltered. The documentation they eventually produced to the courts was "completely wrong."

"They put together this panel and jammed a process through and tried very hard, I think, to cherry-pick some random bits of evidence here and there to try and paint a picture that would justify the dramatic step of completely reversing a policy that they had just instated very recently," said Shannon Minter, the legal director at the advocacy group, National Center for Lesbian Rights (NCLR).

"What they put together is very thin. Pretty much as soon as it came out, the American Medical Association and a number of other organizations responded very strongly with great alarm and put out very strong statements ... that the report was completely wrong," Minter explained.

Under the Obama administration, transgender service members were allowed to serve openly. In April of 2019, under Trump's order, individuals who have been diagnosed with gender dysphoria are not able to join the military. Anyone who hopes to join the service must do so under the sex they were assigned at birth. Current service members are unable to transition genders.

Long-standing arguments against allowing transgender service members to continue to serve or serve in the future revolve around the concept that gender dysphoria, experienced by transgender individuals before gender reassignment, is a mental health disorder that should bar one from service.

This same general approach is not being applied to gender dysphoria.

"There's no other medical condition, no other policy that singles out this one condition that says -- if you have this, no matter what, we're going to categorically exclude you," Minter said. "And it's clear why -- it's because it's really about transgender people."

This is not the first time the military has treated a specific medical condition in an exclusionary way. Recently, late Supreme Court Justice Ruth Bader Ginsburg's contribution to female service member reproductive rights was brought to attention. For years, the military considered pregnancy grounds for dismissal from service. Those policies were struck down with the help of RBG on the grounds that they were discriminatory towards women.

Minter believes the same will happen in this case.

"I think in the next few months that the government will have to produce these internal communications and documents...and I think it is highly likely that the lower courts will find that the ban is unconstitutional," Minter said.

Some lawmakers and aspiring service members have been vocally opposed to the ban for years now. In July, a total of 116 House Democrats signed and sent a letter to Secretary of Defense Mark Esper calling for the immediate end of the ban on transgender service members in the military. In May, as the result of yet another lawsuit, the Navy provided its first waiver to a transgender service member. And according to a University of California, Los Angeles survey, active-duty troops aren't a fan of the ban either.

Last week, Ninth Circuit courts heard oral arguments from the military once again that it should not be required to produce any further documentation than it already has. A decision has not yet been reached, but Minter said the panel hearing the arguments seemed "skeptical."

Reach Elizabeth Howe on Twitter at @ECBHowe.
Sign up for the Connecting Vets newsletter to get more connected to the stories and resources we have to offer.