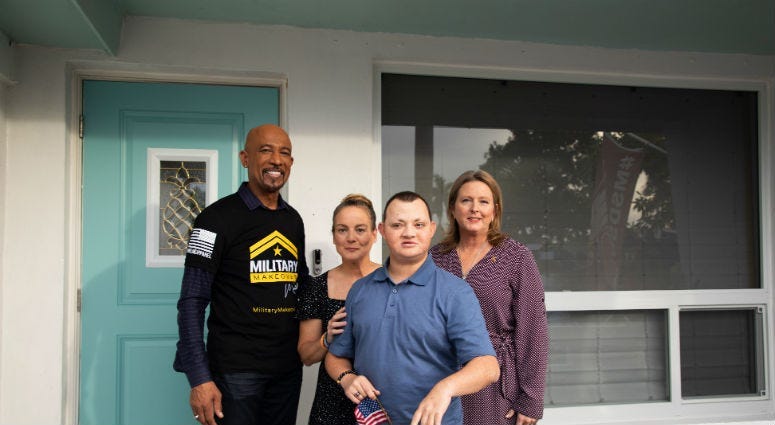 This Valentine's Day Debbi Hixon is getting a hug from heaven from her late husband, Navy veteran Chris Hixon.

The couple's Hollywood, Florida home has been renovated, courtesy of Military Makeover with Montel Williams.

"Chris was the driving force behind everything," Debbi said. "He was taken into account every step of the way. He guided them as they did the design."

According to news reports at the time of the shooting, Chris, who was the school’s athletic director, raced towards the gunfire in a golf cart. Despite being wounded, the retired Machinist Mate First Class stood guard until police arrived.

“It didn’t surprise me,” Debbi said of her husband’s actions. “That’s just who he was, the type of guy he was.”

Chris spent five years on active duty and 22 in the Reserves, serving in the Persian Gulf during Operation Desert Shield and Desert Storm. He was 49 when he died. The couple has two sons, Thomas, who is in the Marine Corps, and Corey, who has special needs and lives with his mom.

Premiering Friday at 7:30 a.m. on Lifetime, Military Makeover with Montel gives designers, contractors, landscapers and other home improvement professionals the chance to change the homes and lives of military families.

“In the nearly three decades since I retired from the Navy, I’ve never really taken the uniform off because standing up for those who are serving now and those who have served has been the greatest honor of my professional career.” said Williams, the show’s host and co-executive producer. 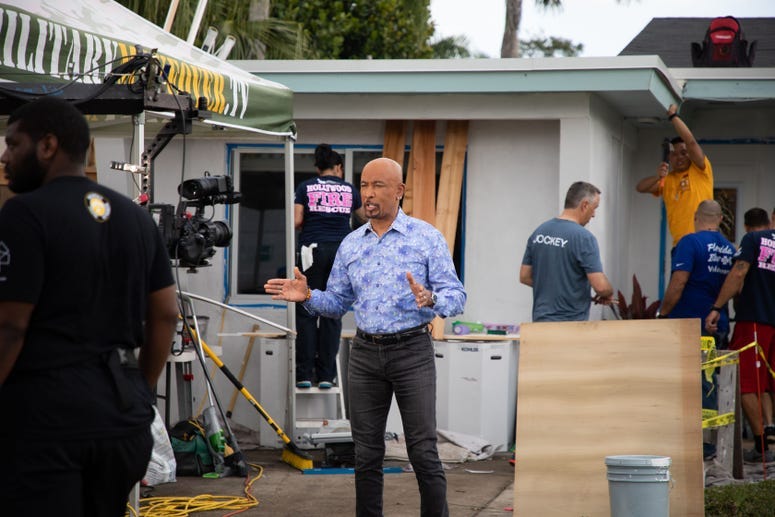 The show enlisted the help of national and local companies by asking for donations of goods and services for the 10-day project that was completed in December.

If Chris were able to see the house today, "he wouldn't recognize it," Debbi said. "It works a lot better for us now."

During the makeover, every room in the Hixon home was updated, with the exception of the master bedroom Debbi shared with Chris.

“I told them that I didn’t want the color on the walls in our bedroom changed,” she said. “It was Chris’ favorite color.”

“I don’t have to worry about it breaking down,” she said.

Corey, Debbi's son, played a big part in the renovation. Debbi said his room is inspired by his love of prayer and church.

“He has so much faith,” she said. “Our priest came in to make sure everything in the room was right.”

Chris continues to serve the students he gave his life protecting two years ago. On Feb. 15, the Chris Hixon Memorial 5k will be held as a way to raise money for the Chris Hixon Athletic Scholarship Fund.

“He loved being American and serving his country, and he instilled it in his students,” said Debbi.