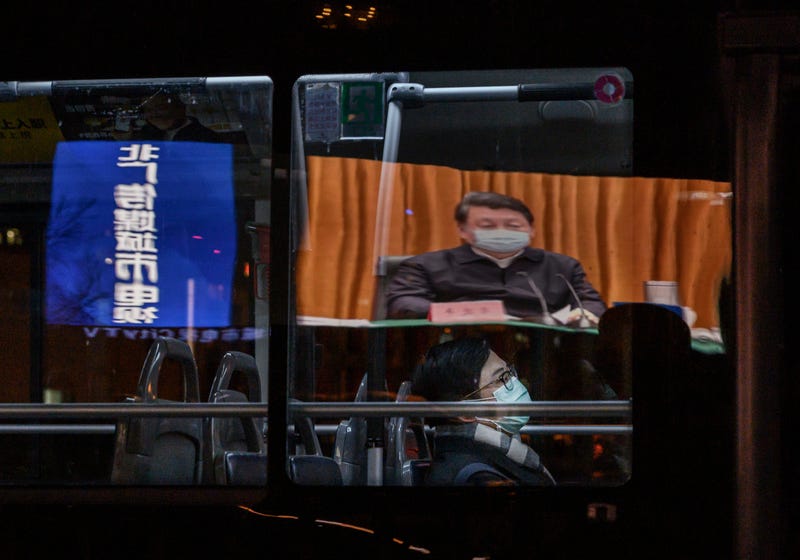 While the White House press corps grills President Donald Trump about his use of the term "China virus" to describe COVID-19, the Chinese government has been hard at work attempting to deflect attention away from itself and redirect it towards the western world according to some American analysts.

The Chinese state-owned Xinhua news agency openly threatened that if there was any retaliation for the outbreak of the virus that China would retaliate by banning pharmaceutical exports so that, “the United States would sink into the hell of a novel coronavirus epidemic.”

Moreover, Chinese Foreign Ministry Spokesman Zhao Lijian took to Twitter floating out an unfounded conspiracy theory that the U.S. Army brought the virus to Wuhan, China where it spread.

"China is using this narrative-shaping strategy, rewriting the narrative really, precisely because they want to deflect attention from the fact this became an outbreak in China, and became an outbreak and now a global pandemic because of a concerted effort to lie, censor, and cover up the outbreak for nearly two months," Dave Schroeder, a cyber strategist and expert on foreign influence at the University of Wisconsin-Madison told Connecting Vets.

"China is using this opportunity to deflect blame with respect to the origins and handling of the novel coronavirus outbreak. They know that the more questions that arise over the US and European response, the more of an opening they will have to push 'alternate' theories as Western audiences look for answers," Schroeder stated. "If this were an unauthorized claim, we would see it walked back and the official would be silenced. Instead, we see the claim repeated and discussed in Chinese state media."

The conspiracy theory has since been repeated by Zhao, with other Chinese spokespeople dodging any further questions about it. But does the claim have any merit to it?

"The claim that the US Army or other part of the US government engineered SARS-CoV-2 -- the virus that causes COVID-19 -- as a bioweapon and introduced it into China is not supported by any evidence. If you look across the literature from experts and scholars both inside and outside of China, there is nothing to support the claim that the virus is engineered, nor that it was introduced into China," Schroeder said. Peer-reviewed medical papers going back as far as 2015 warned that a similar coronavirus present in Chinese bats could one day emerge in human beings.

"The best evidence we have is that SARS-CoV-2 was transmitted to humans, possibly via an intermediary animal such as pangolins, and that this transmission occurred in Wuhan, Hubei, China, in or around November 2019," Schroeder pointed out.

Schroeder does not find debates about whether or not it should be called the "China virus" to be particularly helpful at this point as it seems to be about political posturing more than anything.

"Whatever the name, it is important to realize the series of deliberate coverups, censorship, and suppression which were undertaken by the Chinese government for nearly two months," he said. "This action by the Chinese government resulted in the explosion of cases in Wuhan, an exodus of millions of people from Hubei before any lockdown, and the spread outside of China and the resulting global pandemic you see today. This is true regardless of any criticism of the initial response by the US or European nations."

Furthermore, China should have learned important lessons from previous outbreaks, yet appropriate actions were not taken Schroeder went on to say.

"There were no lessons learned from SARS -- live animal and wet markets were still pervasive, and the illegal wildlife trade flourished. It is this environment of humans and live wildlife or just-slaughtered animals in unsanitary conditions, in close contact day after day, that is a perfect incubator for an emerging zoonotic disease, which is exactly what we see with this novel coronavirus. This emergence was not a surprise to zoonotic disease experts," Schroeder said.

The coronavirus presents a global crisis but is also set against a long-standing strategy that would see China supplant the United States as a global superpower as many China watchers have pointed out in recent years.

"I have viewed the 2020-2030 timeframe as a critical decade that will determine the future of US-China relations, with China attempting to expand its sphere of influence, both regionally and globally," Schroeder explained. "Now this window may be shortened. Authoritarian states like China can weather this storm with more human sacrifice, and will only be at an advantage if the US and Europe are still struggling with widespread shutdowns of our economies for months, much less a year or more."