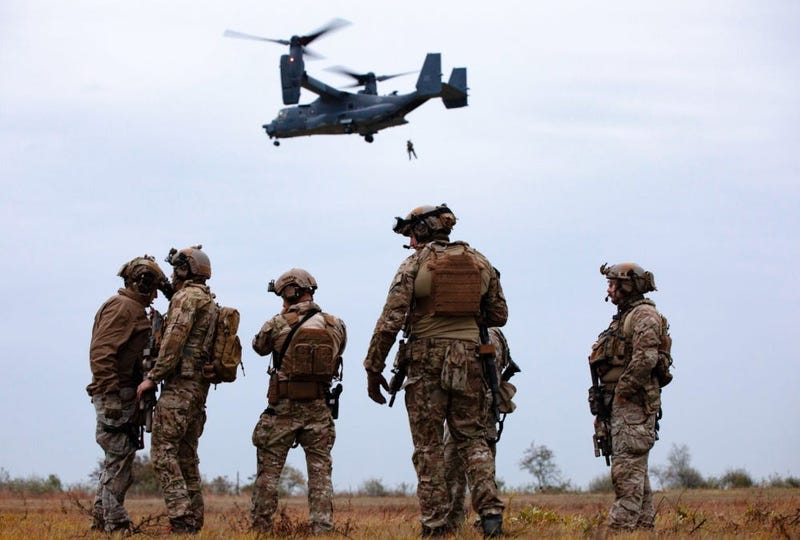 A former 3rd Special Forces Group soldier has pleaded guilty to charges of conspiracy and receiving government property. The charges come from theft in Afghanistan in 2009.

Cleo Autry, Jeffrey Cook, Deric Harper and Barry Walls entered guilty pleas in 2014 when the charges were filed. William Todd Chamberlain, the fifth soldier involved in the case, claimed he needed access to classified information in order to make his case. A judge denied his request. Chamberlain now faces a maximum of 15 years in prison.

The 3rd SFG soldiers were charged with misappropriating US government funds while deployed to Afghanistan.

The soldiers allegedly stole money from the Commander's Emergency Responds Program (CERP) and 1208 program funds, which are designated for counter-terrorism operations.

According to prosecutors, "the indictment alleged that these soldiers stole a portion of the funds and falsified receipts to conceal the amount of monies stolen.  According to the investigation, all five soldiers converted stolen funds into postal money orders, which were purchased from military post offices in Afghanistan.  They also sent cash to family members in the mail or carried cash back into the United States at the end of the deployment."

The indictment states the soldiers then lied to law enforcement officers when caught, telling them that the money they were bringing home, upwards of 200,000 dollars, was from gambling winnings.

“Theft of U.S. government funds in a war zone is a serious crime that weakens our national objectives in Afghanistan.  The message of this case is loud and clear: SIGAR and our law enforcement partners will pursue justice — no matter how long it takes," said John Sopko, the Special Inspector General for Afghanistan Reconstruction.

In a separate case involving a 3rd Special Forces Group soldier prosecutors allege that Bryan Allen falsified his unit's property books to steal 43 enhanced night vision goggles with a value of two million dollars.
Want to get more connected to the stories and resources Connecting Vets has to offer? Click here to sign up for our weekly newsletter.
Reach Jack Murphy: jack@connectingvets.com or @JackMurphyRGR.