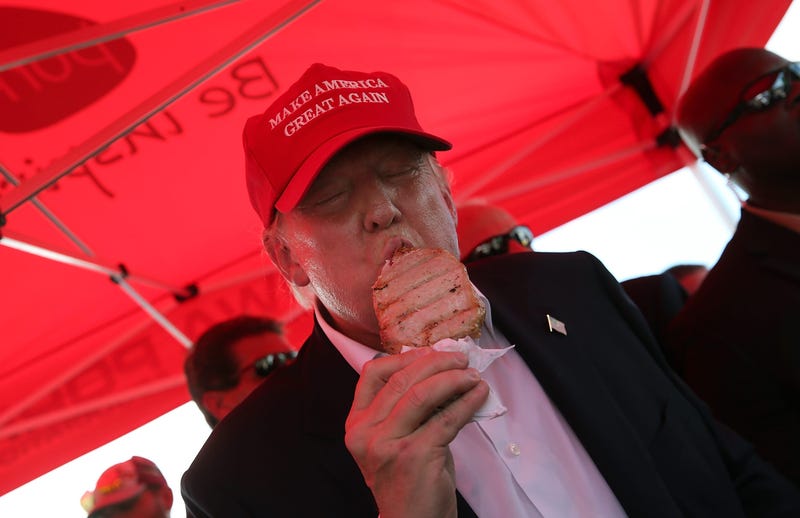 A nonprofit is ready to cut a check for $1 million for America's veterans — if President Donald Trump commits to eating vegan for the month of January.

Million Dollar Vegan is a nonprofit run by nine-year-old Evan who told Trump in his offer letter that "There is nothing to lose and everything to gain!"

"Cardiovascular disease and stroke already create more than $329 billion in healthcare costs and lost productivity, while the American Diabetes Association has estimated the total cost to the economy of diagnosed diabetes exceeded $327 billion in 2017 alone," Evan wrote in the one-page proposition. "No wonder so many top healthcare professionals support our campaign!"

According to cardiologist Dr. Joel Kahn, who supports Million Dollar Vegan, the president could benefit from an increase in vegetable, fruit, legume, and whole grain consumption.

"The president is under significant daily stress and would benefit from this diet change," Kahn said. "If he scheduled a visit to my preventive health clinic, I would review his diet, exercise, sleep and stress programs. I would advise him on increasing his intake of vegetables, fruits, legumes, and whole grains while decreasing his intake of foods rich in added sugars and saturated fats (including cheese, processed and red meats, and processed packaged foods)."

"We really want President Trump to accept our offer," Evan said in a press release. "We want to write that check! But most of all we want to help 'Make America Healthy Again,' and that is why we have some awesome resources available for anyone who would like to go vegan for January and see what it could do for them. It's really not that hard and it can do so much good. Everyone should try it!"

The president will choose which veterans' charity or charities will receive the million dollars — should he choose to take Evan up on his offer.

All Trump has to do is signal his agreement on Twitter.