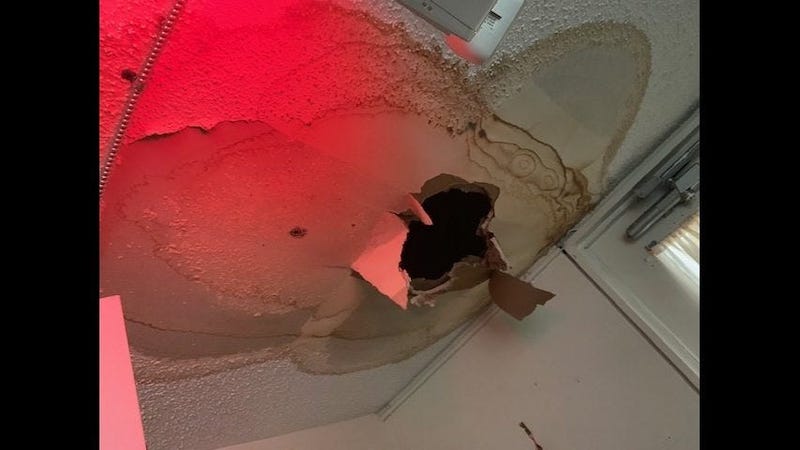 Women veterans in Jacksonville, Florida may soon find it more difficult to get the help they need.

Northeast Florida Women Veterans may be forced to close its doors due to damage caused by a leaking roof to the building it leases from the city, said the organization’s founder, president, and CEO Deloris “Dee” Quaranta.

“It just needs to be replaced,” she said. “I had someone go up on the roof. The water is just settling in these little dips on the roof, and that water was seeping through cracks and coming straight into the building.” 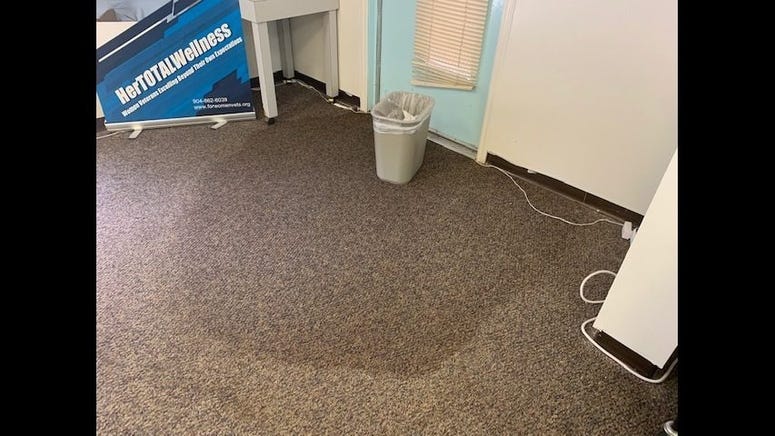 Inside Quaranta’s office, a trash can collects water. A gaping hole can also be seen in the ceiling.

“I came in and saw my desk wet,” she said. “I looked up and there’s water in the light fixture above my desk.”

While the city owns the building, it says its not responsible for repairing its leaking roof, reports CBS 47.

Northeast Florida Women Veterans moved into the building on Broadway Avenue in Paxon two years ago, Quaranta said. In lieu of rent, the nonprofit provides in-kind services to the city. And, according to the terms of its lease with the city, it is responsible for building maintenance.

“I did not expect the roof to be leaking,” she said. “When we signed the lease, it had not rained for a while and we did not see any evidence of a leaky roof.”

Quaranta, an Air Force veteran, fears that the ceiling will cave in when someone is inside the building.

“Most of our money goes to helping women veterans,” Quaranta said. “Our overhead is like $1,700 a month. We’ve got to pay phone and internet, things like that.”

Nikki Kimbleton, the director of public affairs for the city, said it is working with the Public Works Department on this issue, according to CBS 47.

No longer an ‘old guys’ club: How women are changing the face of veterans groups