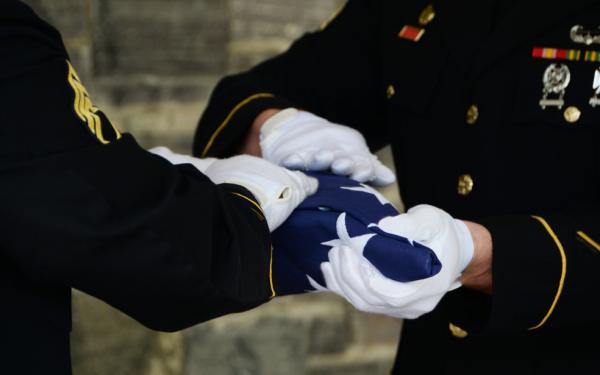 There have been countless studies about why veterans die of suicide, but Operation Deep Dive may be the first to investigate the community factors that lead those who have worn the nation’s uniform to harm themselves.

The four-year research study is being conducted in collaboration between America’s Warrior Partnership and researchers from the University of Alabama. It is being funded by a $2.9 million grant from the Bristol-Myers Squibb Foundation

Jim Lorraine, president and CEO of America’s Warrior Partnership, said past research into the causes of veteran suicide have focused on individual risk factors, including prior suicide attempts, mental health and substance abuse issues. But those factors don’t tell the whole story.

“Community environments will be taken into account, and that will give us a whole new level of insight into the potential causes of veteran suicide,” he said.

Operation Deep Dive will study veterans of all ages from across the armed services, Lorraine said. Conducted in two phases, the year-long Phase I will begin with a five-year retrospective investigation of the impact of less-than-honorable discharges on veteran suicides and suspected suicides. It will also look at the differences in suicide rates between those who received and did not receive support services from the VA.

“It’s about quality of life for our veterans,” said Leah Taylor, manager of Operation Deep Dive at America’s Warrior Partnership.

According to statistics from the VA, approximately 20 veterans die of suicide each day in the United States. Taylor added that female vets, who are nearly 2.5 times more likely to commit suicide than civilian women, will be highlighted in the study.

The research study hopes to identify the risk factors that lead to suicide within veteran communities while guiding the development of programs to prevent and reduce self-harm among veterans.

“Once all the geographic and community information is available, all that is going to be overlaid into a system that answers what are the common behaviors, common traits of veterans that commit suicide,” Lorraine said.

Community action teams will fan out to communities throughout the country – including Cincinnati, OH.; Syracuse, NY; Mobile, AL; Charlotte, NC; Indianapolis, IN; and Las Vegas, NV to gather information.

“I think we’ll be surprised at what we find,” said Taylor.

Phase II of Operation Deep Dive  will include the findings from Phase I into a three-year study with input from medical examiners, mental health experts, veterans and family members to conduct what Lorraine and Taylor call a  “sociocultural autopsy” of all new or suspected suicides in America’s Warrior Partnership’s seven affiliate communities.

“We are going to work with coroners to look at those veterans who died not only as the result of suicide, but of non-natural causes as well, including traffic accidents,” added Lorraine.

The personal data and timeline of the veteran’s last year will be analyzed to identify what led to the suicide and will explore how community engagement with veterans impacts the decision for or against self-harm.