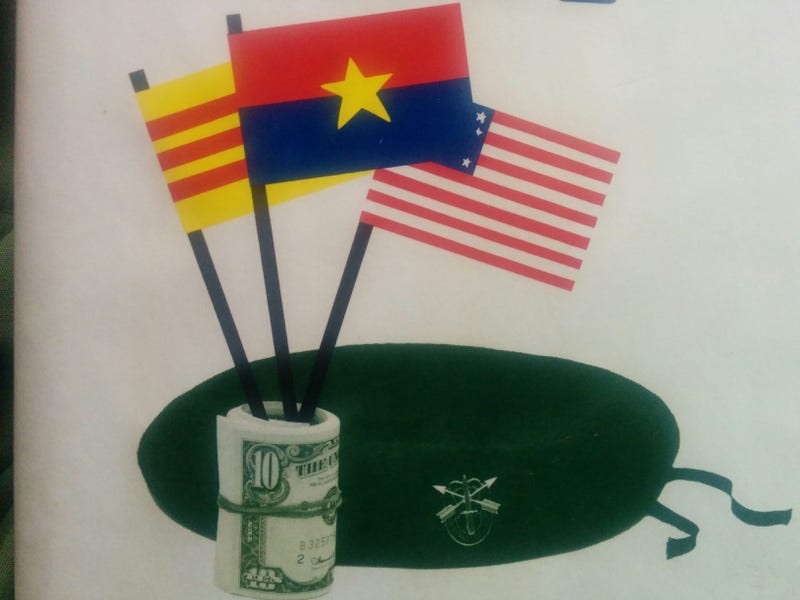 It must sound awful pretentious of me, but the best books are often the obscure ones. You hear about them by word of mouth, you hunt down a used copy long out of print, and you read each line carefully. This book recommendation came to me from a Green Beret who had served with Mike Force in Vietnam.

We were at a Special Forces reunion a few years back, having a beer at the end of the day when the topic of our favorite books about Special Forces came up. The old veteran was happy to oblige my interest and told me there is one book I really need to read titled "Parthian Shot" by Loyd Little. My interlocutor iced the cake when he said that it is written as a novel, but secretly, it's a true story.

I'm ashamed to say that it took me several years before I bought a copy of this long-out-of-print book. Published just after the Vietnam War concluded in 1973, the author had served as a Special Forces medic in 1964 and 1965 with A-teams deployed to Vietnam. After the war, Little pursued a career in journalism working for a variety of newspapers in his home state of North Carolina. He also wrote several novels, of which "Parthian Shot" gained great acclaim at the time as it garnered rave reviews comparing it to Joseph Heller's classic "Catch-22," which was set in WWII.

"Parthian Shot" opens with an introduction to a small team of Green Berets stationed at a firebase in Nan Phuc, far up the river near the Cambodian border. It's monsoon season and the waters are rising fast, which causes some concern as the team was scheduled to be re-deployed back home. Their team sergeant arrives back from headquarters in Da Nang, having gone to get to the bottom of why their team had seemingly been forgotten about. Turns out, they had been. On paper, the team was already flown home, so following normal military logic, the Green Berets at Nan Phuc must be Viet Cong imposters. Headquarters directed their radio operators to stop paying attention to the complaining Special Forces troops at Nan Phuc since they were, apparently, really just VC trying to bait Americans into an ambush.

The team spent a moment looking at each other, trying to figure out what to do, before decisively choosing to do nothing. Each of them had some sort of identity issue and didn't quite fit in back home or within the conventional military. But left to their own devices out on the flood plains of Vietnam, many of them thrived. The team essentially went rogue and placed themselves within the chain of command of their host-nation partners, a Buddhist cult called the Hoa Hao. 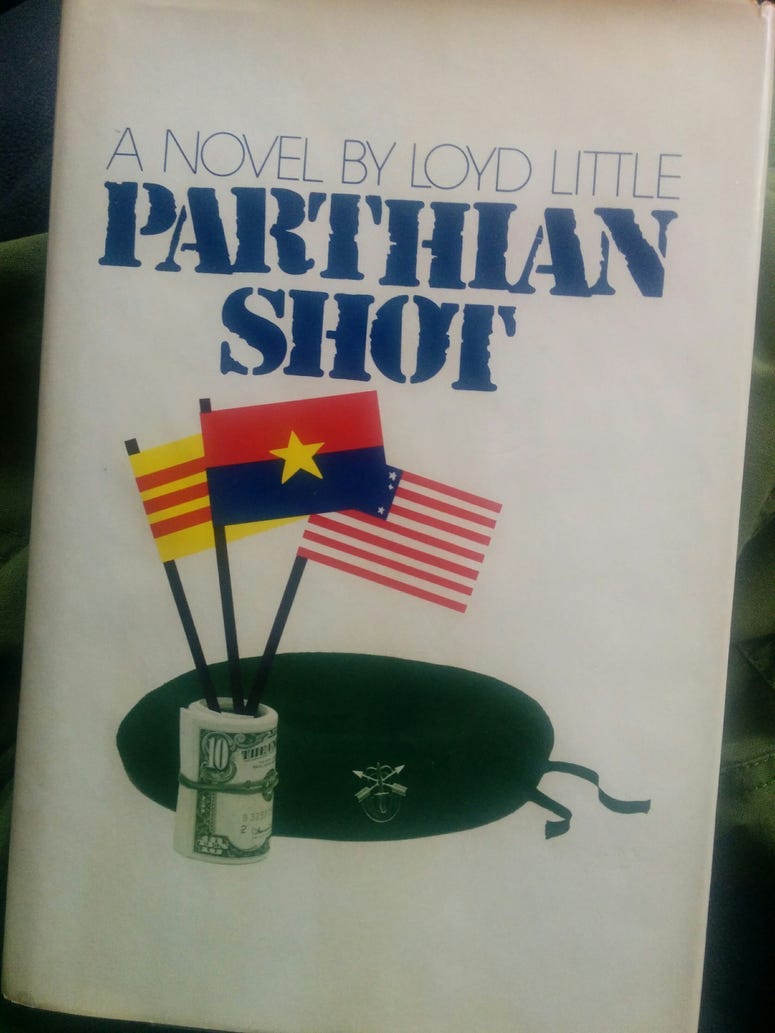 As you learn more about the Green Berets, the protagonist (called Bac Si, which is Vietnamese for medic) comes across as the most well adjusted, although that may be the bias of the narrator. Their first sergeant is a white guy who thinks he is black. Their supply sergeant is black but thinks that he is Asian, and is also quite an entrepreneur as he starts up a sew shop factory in town making North Vietnamese flags to sell to U.S. soldiers as souvenirs. Their intel sergeant is a brilliant guy but goes native by marrying a local woman, building a house for them to live in, and farming primo marijuana. The team's lieutenant probably never should have been in the Army and is taking correspondence courses in meat cutting as a fallback plan after the Army finally figures out how worthless he is.

In one scene, the protagonist decides to go waterskiing with some homemade skis. The locals see him "walking on water" and after someone snaps a photograph the villagers start building shrines for him believing he is some sort of modern-day saint.

As time goes on, the supply sergeant's sew shop really takes off and the factory starts a brassier business. The sergeant excitedly runs around Vietnam selling stock in his new company, raising funds, employing locals. Vietnamese communists defect from the other side so that they can come work in the factory and make money. The local economy begins booming and through the combined efforts of the Green Berets and their indigenous partners, their area of operation becomes the safest in Vietnam. But the Buddhist minority is still in a tight spot, trapped between the communists and American forces who are rapidly deploying large troop formations to the country. They needed a plan if they were going to survive, so the team commissioned a study from the Rand Corporation.

The study suggested a novel strategy based on statistical modeling and game theory. The Hoa Hao minority should cooperate with both the Vietnamese communists and the Vietnamese government. The idea was to convince the communists that the Hoa Hao was in their pocket while also convincing the government of the same, keeping both parties in the dark that the Hoa Hao was secretly working with both. It was a middle-ground strategy to create a buffer around the community and keep armed combatants out as long as possible. It was a harebrained scheme, to say the least. Upon reading the Rand study, the intel sergeant says, "They got balls, all right. The question is, do we?" They called this insane strategy "Operation Parthian Shot."

Where Little's novel really shines is in his sweeping and empathetic study of the indigenous people of Vietnam, describing their way of life, their culture and what drove them. He rails against ass-backward Americanisms such as strategic hamleting and massive sweep and clear operations that were doomed to failure. His descriptions of the Vietnamese flood plains are vivid, easily taking one back to 1964, a time when things could have been different if only we had made wiser decisions. While researching the author, I came across his photographs from Vietnam which are incredible.

One can't help but come away from the novel with eternal sadness for what became of Vietnam, as well as so many of the soldiers who served there. The book is not a depressing war-weary novel, but rather one of hope and cross-cultural communication. Special Forces was once described as being the Peace Corps with guns, and that is precisely what this novel depicts. As the narrative moves towards the insane climax of Operation Parthian Shot, the reader will find themselves wanting to know more about the characters and what becomes of them but the novel is like the war itself, a snapshot in the lives of these men.

"Parthian Shot" isn't an irreverent or sarcastic war novel, but rather it is a case study that invites the reader to ask themselves how different things could have been. If only we cared as much as the Bac Si cares for his patients, as much as the supply sergeant who creates jobs for the local people, and if only we loved soldiering as much as the team's grizzled, cynical team sergeant, we would have applied different methods of warfighting, and achieved different results.