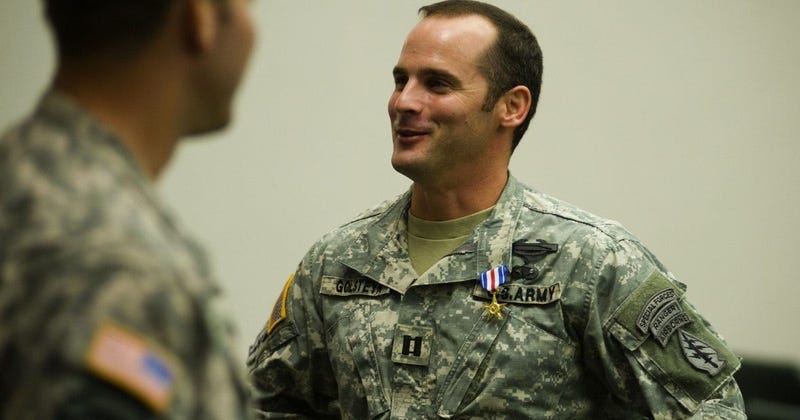 The public understanding of the charges of murder against Green Beret Mathew Golsteyn is based on the Army's claims that Golsteyn took an alleged Taliban bombmaker directly from custody to the man's house and "executed" him there. But did it happen that way?

After reviewing documents from the case, retired Marine Corps JAG officer Rob "Butch" Bracknell, who testified as an expert witness on the law of war and rules of engagement at Golsteyn's initial administrative hearing, is convinced the answer is no.

"It's been really distorted in the media that this was a killing in custody," Bracknell says. "And that's not what happened at all."

Bracknell says the man was a known bomb maker who was taken into custody on the battlefield, but due to what he terms "peculiarities in Afghan law" the man was released from custody. While the US government narrative is that Golsteyn maintained custody of the man and escorted him to his house, Bracknell says that Golsteyn did no such thing. He says Golsteyn played a hunch that the man would head to a known bomb-making house in the area. "Matt knew that the guy was gonna return to the place, basically to the scene of the crime, went and set up on it, and sure enough there he comes," Bracknell says. "There's a massive distortion of the facts out there. The government is now bringing Matt back to trial claiming they have new evidence. My understanding is that's just not the case, that maybe the Army is doing this for other reasons."

Bracknell suspects that the Army was embarrassed by actions undertaken by Golsteyn after the fact, specifically the burying of the body, followed by it being unearthed and then moved. While Bracknell says those actions were "a mistake" he also says they were known to the Army at the time of Golsteyn's initial hearing in 2016. While a general discharge was recommended, the soldier was instead put on voluntary excess leave status in August 2016 and recalled in December 2018 when the new charges were announced.

"If they had found that he actually murdered this guy in violation of the law of armed conflict there's no way they would have given him a general discharge," Bracknell says. "They would have at least given him an other than honorable discharge. So I believe they grounded their findings that Matt should leave the service on his actions after the engagement. But this assertion that he was killed in custody is absolutely untrue."

A #Patriot at work. pic.twitter.com/lVGCVVyI4A

Bracknell says all of this information is readily available through transcripts of hearings and other documents available through FOIA requests. So if it's all true, how does the retired JAG think the Army will try to approach the prosecution?

"The Army, if it has a case, it's based on their theory that Matt was playing unfair by setting up an ambush where he knew the guy was going to be after he was released," Bracknell says. "I think that's a loser theory but I think that's what the government's theory is gonna be."

You can hear the full interview with Bracknell, including his thoughts on possible outcomes for the Golsteyn case, and whether President Trump could, or should, get involved below.