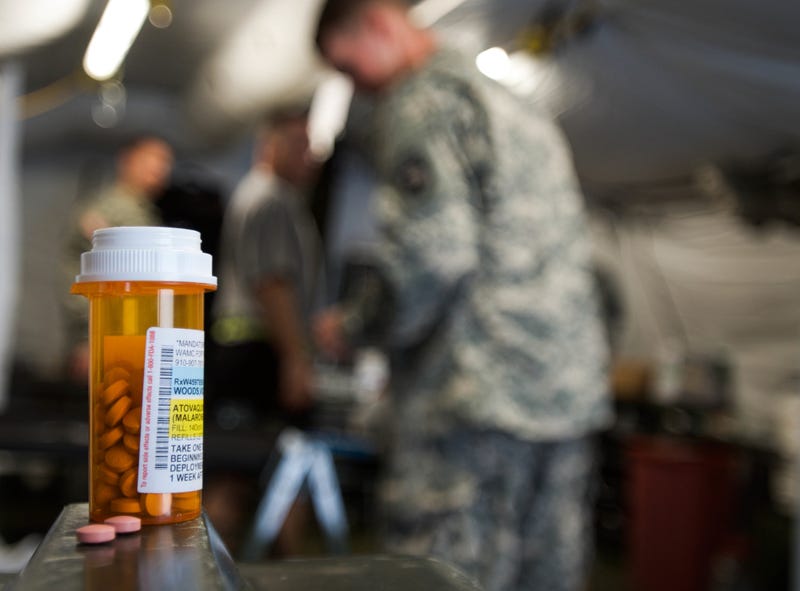 Scientists are calling for more research before a link can be made between antimalarial drugs and long term health concerns, including for U.S. troops and veterans.

The number of veterans seeking disability compensations for conditions they say were caused by antimalarial drugs they had to take prior to deployments is increasing, scientists said. But a definitive connection still hasn’t been found, and research to determine a connection is complicated by the wide range of toxic exposures service members are subjected to while deployed, researchers said in a new report this week.

Malaria has affected nearly every U.S. military deployment since the Civil War and remains an ongoing threat to those deployed to the Middle East and other areas.

But many veterans say they developed severe side effects from the drug they were required to take, including post-traumatic stress symptoms. The U.S. Food and Drug Administration in 2016 added its strongest warning to the drug most commonly used by the military, mefloquine, saying that it could cause side effects such as dizziness, ringing in the ears and hallucinations.

The most common side effects include "nausea, vomiting, diarrhea, dizziness, difficulty sleeping and bad dreams," according to the Department of Veterans Affairs, but could also include "convulsions, seizures, restlessness, confusion and unusual behavior" and it's possible the drug could cause "mood changes, bad or vivid dreams, agitation, suicidal thoughts and behavior."

The National Academies of Sciences, Engineering and Medicine on Tuesday released a report on the effects of antimalarial medications and persistent health effects.

As of last year, six drugs have been approved by the FDA for malaria prevention. The study and subsequent report -- sponsored by VA -- examined long term health effects of all six drugs, with a specific focus on mefloquine, widely prescribed to U.S. troops until 2009, and the potential neurologic and psychiatric effects that drug might have.

While travelers often are encouraged to take antimalarial drugs, U.S. and other countries' service members typically don't have a choice.

“Concern with the potential for long-term or persistent adverse events has been raised by veterans, service members and other users,” the report reads. In response to those concerns, VA contracted with the National Academies for the study.

Although the immediate side effects of antimalarial drugs are widely recognized, few studies so far have been designed to specifically examine health problems that could happen or continue months or even years after people stopped taking the medications.

The report found “insufficient evidence” to determine whether there is a connection between the drugs’ use and “neurologic and psychiatric outcomes, including anxiety, depression, and the development of symptoms that mimic post-traumatic stress disorder.”

The issue is further complicated by other factors, particularly for deployed troops. It’s difficult to tell if a service member has PTSD-like symptoms because of the drug or service-connected trauma, according to the report.

Troops’ exposure to “numerous oil-well fires and their smoke, the release of nerve agents sarin and cyclosarin … vaccinations against anthrax and botulinum” and other toxic exposures further complicate scientists’ ability to single-out antimalarial drugs as the cause of long term health conditions, the report said.

“During deployments, service members may have had a variety of environmental exposures related to their deployment,” the report said, including solvents, fumes from kerosene heaters in unvented tents, diesel fuel and leaded gasoline, burning of waste and trash in open-air burn pits, pesticides, sandblasting, carbon monoxide, depleted uranium and other toxins.

And, as Pentagon and VA officials, advocates and lawmakers have said for years, “medical records … are notably lacking information” on these exposures, according to the report, making it difficult, if not impossible, to determine all of the exposures a veteran may have been subjected to.

“The committee recognized that adverse events while taking some antimalarial drugs are quite common, but the pressing, well-justified question of whether health problems continue after use has simply not generated the rigorous research needed to answer it,” said report committee chairman David Savitz, professor of epidemiology at the Brown University School of Public Health. “The absence of evidence on long-term health effects of these drugs does not mean the link doesn’t exist, only that there is a critical need for well-designed studies to answer important safety questions.”

The report called on researchers to conduct further studies using health care databases that cover large swathes of people who may have used the drugs, such as those at the Defense Department and VA.

The Pentagon and VA both include malaria drugs among potential toxic exposures on their registries.

The National Academies were not asked to and did not make, judgments about individuals’ claims of injury from the use of antimalarial drugs or the potential costs of compensation for veterans because of any such injuries or illnesses.