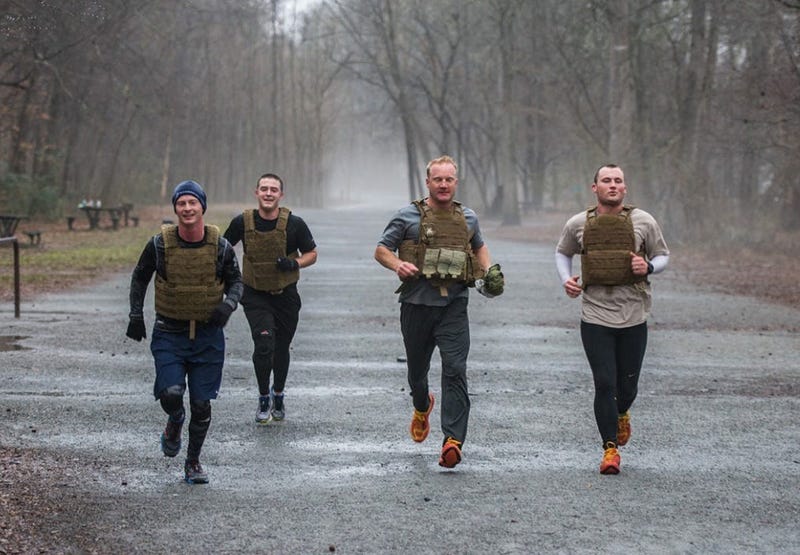 There are many ways to help veteran causes. You can donate to an organization or, if you're a real hard-charger, you can start your own. Back in 2014, Marine Corps vet Troy Campbell and Travis Ellis did jus that.

Their organization, Shepherd's Men, hit the road—on foot. To the tune of 684 miles. 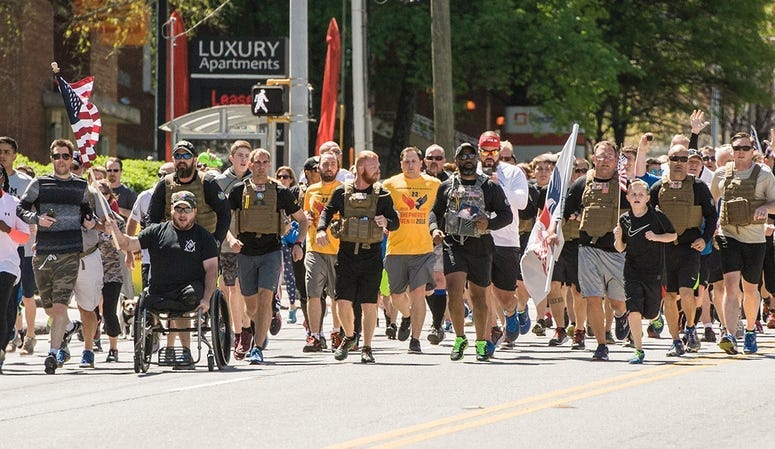 "We came up with what we like to call this diabolical plan in May of 2014," Ellis said during an appearance on the Eye on Veterans radio show. "To run from the Shepherd Center, which is a world-class brain and spinal cord injury rehab facility in Atlanta, to the Iwo Jima memorial in Arlington, Virginia. And had no idea what we were gonna do, or how we were going to accomplish it."

Despite that uncertainty, they finished the run and in the process raised $135,000 for TBI and PTS treatment programs at Atlanta's Shepherd Center. The success of that initial run led to it becoming an annual event taking place in the week leading up to Memorial Day. According to Ellis, over the years the process has gotten easier even as the runs have gotten harder. Starting in 2015, the Shepherd's Men runners decided to don symbolic 22-pound flak jackets to represent the estimated number of veterans who commit suicide every day.

Today, we also honored Matthew Gallagher’s service to our nation. Gallagher served in the U.S. Army and lost his life to suicide. His brother Jason said, "I am running to make Matt’s death matter – to give a voice to those who suffer in silence.” #SHAREtheBurden22 #SHAREtheBurden pic.twitter.com/rNwc6i7Cve

Prior to the 2019 event, they have run around 5,000 miles and raised approximately $4.5 million for the Shepherd Center's Military SHARE Initiative. They have done so in a no-frills way, often sleeping on the road, or on fire station floors, to ensure that the money is going where it's supposed to.

"The thing I'm most proud of is that 100% of those dollars raised have gone to fund this life-saving program," Ellis said. "Up to this point, we have literally not spent a penny. That's the commitment we made early on and we've tried to honor that commitment because y'know there's certainly more value in seeing that these dollars are going to provide this clinical care that's going to be delivered on a daily basis at Shepherd Center.

The Shepherd's Men 2019 run will finish at Shepherd Center on Memorial Day.

You can hear the full interview with Travis Ellis below.