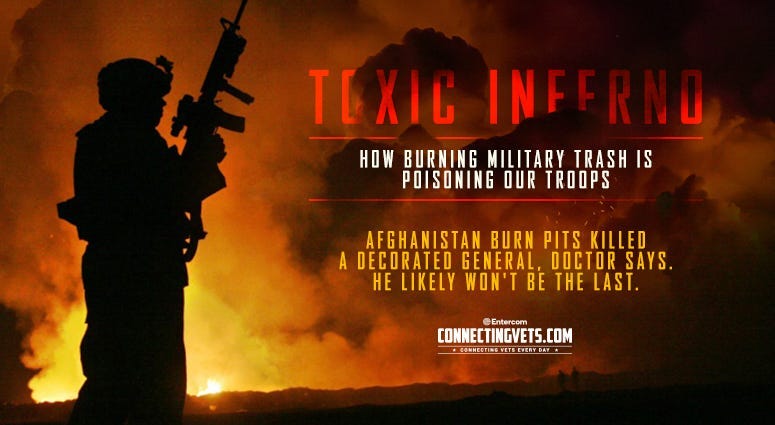 This is the third installment in the Connecting Vets Toxic Inferno series.

Brig. Gen. Michael T. Heston was not the first and he likely will not be the last to fall to a toxic enemy that strikes long after the bullets have stopped flying.

Heston dedicated his entire adult life to serving his community and his country. He was assistant adjutant general of the Army National Guard in Vermont and a 26-year Vermont State trooper. A former Marine, the decorated general served a collective 33 years in the military.

He never backed down from an opportunity to serve, his wife June told Connecting Vets.

“Mike’s troops loved him,” June said, tears in her voice. “He was a true warrior. His loss to this country is huge.”

That life of service ended for Heston on Nov. 14, 2018, when unseen wounds from his Afghanistan deployments caught up to him, June said.

A few years after his final deployment, where Heston and his soldiers lived and worked a few hundred yards from burn pits belching black smoke, he began experiencing severe back pain.

Ash from a burn pit fell on aircraft and caused malfunctions, Heston once told June.

So the Army moved it closer to where he and his soldiers slept.

“He made a sacrifice he didn’t know he was making,” she said.

Misdiagnosis after misdiagnosis followed. His wife June said one doctor told the couple “We don’t know what it is, but it isn’t cancer.”

After 10 months and nearly 30 doctors’ visits, Heston had lost a “tremendous” 75 pounds, could barely eat and was exhausted all the time. Then the deadly diagnosis came.

“The military failed him. The doctors failed him. I said, 'I feel like he's dying and I'm the only one who sees it,’” June said.

It was only after June and her husband read a news story about Amie Muller, a young member of the Minnesota Guard diagnosed with similar cancer, that they began to consider that his illness could be service-connected. 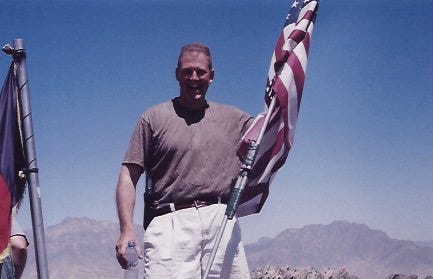 Dr. Thomas Abrams, an oncologist and Harvard professor of medicine, said he remembers when he first heard the term “burn pits.”

“I had no idea about burn pits when I met the general,” he told Connecting Vets. “It boggled my mind because clearly it’s going to present a health hazard. I just remember saying, ‘What are you talking about? Burn pits? That can’t be real. You realize that’s crazy, right? It’s almost unfathomable to think this was something we did. I wouldn't want to be breathing it for five minutes, let alone breathing it chronically for months and years on end. It doesn’t pass the sniff test.”

Abrams specializes in gastrointestinal cancer at the Dana-Farber Cancer Institute in Boston and is a nationally recognized expert in the care, treatment and epidemiology of pancreatic cancer. He would be by Heston’s side through the 18 months of his treatment before the general stopped responding and entered hospice care for the short remainder of his life.

Genetic testing showed that there was nothing in Heston’s makeup that suggested he was predisposed to this type of cancer.

“It’s really hard to ever determine what causes cancer in any patient,” he said. “It takes a great deal of investigative might to say for certain that a toxic exposure was the cause.”

But it’s been done before, Abrams said, with science conclusively linking cancers to Agent Orange and other toxic exposures.

“It stands to reason that chronic airborne exposure to the products of combustion of numerous sources could certainly have some impact in causing cancer,” he said. “It would be foolhardy to say that something as drastic as a 24-hour, seven-day-a-week exposure to things burned out in the middle of a pit would not have some impact on health.”

There is “certainly some precedent to the fact that airborne toxic exposures can induce cancer,” he said. “You take all of these volatile organic chemicals and you put them in a giant stew and you breathe them in … which can have wide-ranging effects in the body,” including to the endocrine, gastrointestinal and nervous systems. “It’s not good for the human body and it’s not a stretch at all to think this could have effects on the genes and could eventually lead to cancer.”

Heston fought his cancer for two years before losing the battle. He was 58. 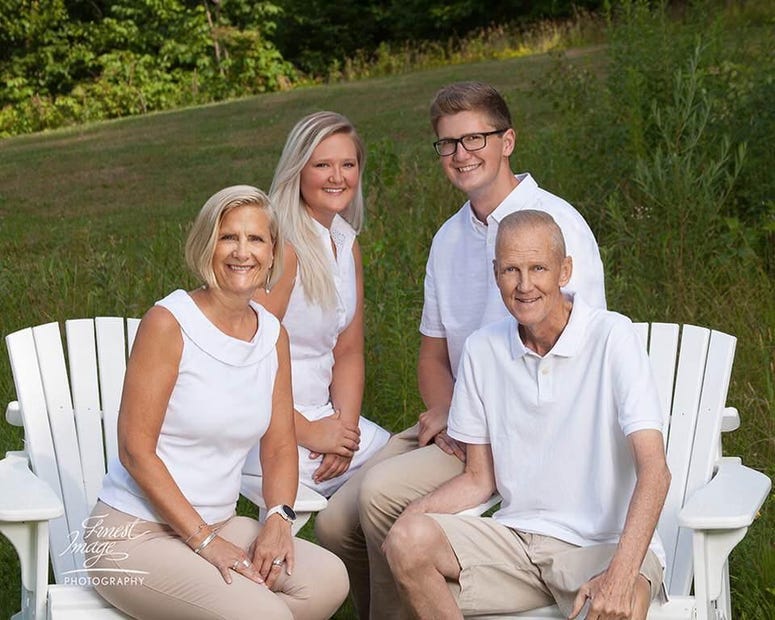 Two other men who served in Afghanistan with Heston died in 2016 and 2017 of prostate cancer -- Mike Cram and Jeff Sollace. Another man who served with them was diagnosed with cancer upon his homecoming, but his diagnosis came early enough to save his life, June said.

Of the remaining 14 men who served directly alongside the general, June said at least eight have shown signs of potential cancers.

The Department of Veterans Affairs maintains that research thus far does not show evidence of long-term health problems from burn pit exposure, though VA and the Defense Department recognize exposure can cause short-term health concerns.

Abrams, though, says he saw enough signs to link Heston’s cancer to toxic exposure, and he penned a letter just after Heston’s first round of chemotherapy telling the VA as much.

That letter was among evidence submitted by June and Heston for his VA disability claim. That claim was granted.

“Of course it could have played a role,” Abrams told Connecting Vets of toxic exposure and Heston’s death. “I think that there is certainly some precedent that airborne toxic exposures can induce cancer and whether or not proof is in the offing, I think it is absolutely essential this issue be recognized as a service-connected illness. This is not something that I feel requires the years and years of investigation to really conclusively link this exposure to a cancer or to write a letter in support of service benefits. It was the least we could do for someone who’s devoted the better part of their lives to the service of the United States.” 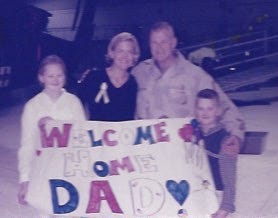 ‘Canaries in the coal mine’

Heston missed the opportunity to see his son graduate college. He missed the chance to walk his daughter down the aisle.

“The journey we planned together is now just a difficult memory,” June said, in tears.

For Abrams, Heston and veterans like him are only the beginning of signs of long-term illnesses from toxic exposure in post-9/11 veterans.

While the Department of Veterans Affairs continues to maintain that there is no evidence burn pits lead to long-term illness, veterans continue to file claims related to the exposure.

In the last 13 years, there have been nearly 13,000 VA medical claims made related to burn pits. Of those 2,000 have been approved. The VA admits that there are toxins in the smoke and gasses released by the pits, but stops short of saying that smoke has long-term effects, insisting that most health concerns from exposure are temporary.

Heston added himself to the burn pit registry after it was created in 2014, hoping to help the men and women behind him.

“He always said they wouldn’t create a registry unless they knew there was a problem,” June said. 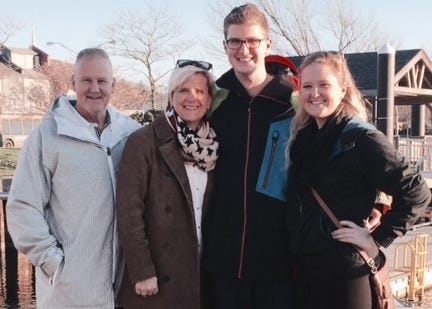 June has joined the ranks of a growing number of surviving family members advocating for change to prevent other veterans and their families from suffering the same way. She said she still “backslides” into grief, but she and her children “know Mike is still with us and keeping us strong.” So she keeps telling his story, hoping she will be the last widow forced “to talk about what we are not doing for our service members and veterans.”

“Mike did everything right,” June said. “We never gave up. And he fought and fought until he couldn’t fight anymore.”

Abrams has treated many patients since Heston’s death, but he treasures the military challenge coin Heston gave him and thinks of the general often.

“He had an enormous will and strength that he mustered to survive for his family,” Abrams said. “He’s the kind of patient that you just can’t shake from your mind. He’s an American hero.” 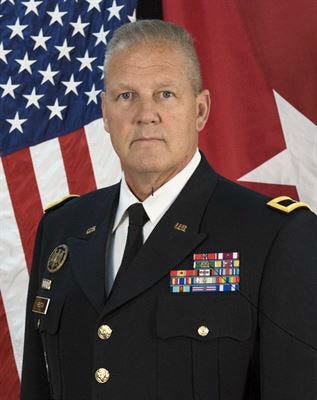