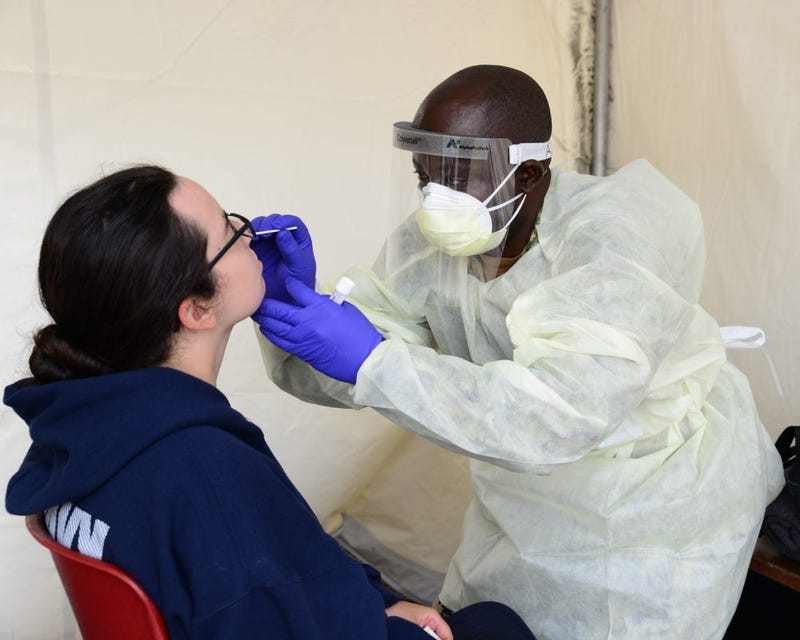 Cases of the coronavirus at the Department of Veterans Affairs surpassed 40,000 this week, though fewer patients are sick with the virus as active cases drop following surges in June and July.

As of Aug. 4, VA recorded at least 40,371 total cases of the virus. That number includes 5,000 active cases along with more than 33,000 "convalescent" cases -- patients who were recovering or were 14 days removed from a positive test -- and more than 2,000 deaths. The 40,000 case milestone was first reported by Military Times.

VA's total includes veterans, employees and "other" patients, some active-duty, some civilians cared for under the department's Fourth Mission.

From a low point in active cases on June 3 of 1,252, VA saw its number of patients actively sick with the virus surge more than 400 percent. Now, active cases have leveled somewhat, and while still fluctuating, seem to be trending down again. Active cases at the beginning of the month were up nearly 300% from the beginning of June.

VA's public-facing COVID-19 case tracker, which is updated a few times per day and does not track historic data, has shown major fluctuations in active cases, with much lower counts typically in the mornings and higher counts in the evenings.

Nationwide, VA is still seeing surges in hotspot areas of the country such as Florida, Texas and South Carolina. Thirteen VA medical centers have 100 or more active COVID-19 cases, with those states leading, along with Atlanta, Las Vegas, Chicago, Phoenix, Birmingham and sites in Louisiana and Mississippi.

Since the pandemic began, 2,148 VA patients have died because of the virus. The number of deaths nearly doubled in the last two months.

VA's mortality rate is more than 5 percent, higher than the about 3 percent death rate for Americans overall, according to the most recently available data from the Centers for Disease Control and Prevention.

Months ago, VA warned that some veterans may be at higher risk for the virus, but provided no data. Last week, VA provided Connecting Vets data that showed Black and Hispanic veterans make up nearly half of all department COVID-19 cases, though those veterans make up only 23% of VA's total patient population.

VA refuses to give Congress more information on its COVID-19 cases, lawmakers say