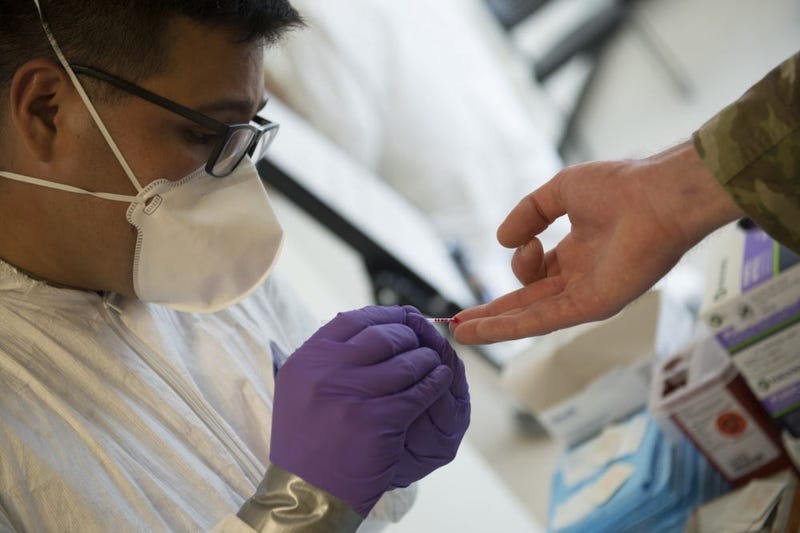 Active cases of the fast-spreading coronavirus continue to grow at Department of Veterans Affairs hospitals nationwide.

Over the weekend, the number of active coronavirus cases VA officials recorded reached higher than 6,000 after dipping slightly last week. As of Monday afternoon, VA had 6,356 active cases and 32,635 total cases since the start of the pandemic.

Hospitalization rates for VA COVID-19 patients are still down compared to earlier in the pandemic, Noel said. But some VA medical centers in hotspots are transferring patients to make room for a surge of patients sick with the virus, including Phoenix and South Texas.

Since the pandemic began, 1,889 VA patients have died of the virus. Deaths increased 50 percent since early June. About 7 percent of all patients in VA care with the virus have died because of it, higher than the 5 percent death rate for cases among Americans overall, according to the most recent data from the Centers from Disease Control and Prevention.

VA employee cases have also continued to grow, though the number of VA staff who have died of the virus -- 41 -- has remained the same since at least July 9.

Texas Valley Coastal Bend had 381 active cases as of Monday, followed by 284 at San Antonio, 260 in Orlando and 253 in Phoenix.

"Case counts are not the best measure of how COVID-19 is affecting VA patients," Noel said, adding that VA has also increased its testing. In May, VA tested about 2,745 people per day and in June the department tested about 4,356 people daily.

Increased testing does not fully account for the rapidly rising number of active cases, however. VA tests administered rose only about 32 percent since the beginning of July and 93 percent nationwide since early June, not nearly approaching the percent increases for active cases nationally.

Increased testing also does not seem to account for the local spikes, which appear to echo hotspots in America for non-veterans as well.

But while department leaders have said VA is handling the recent increase in cases and preparing for a possible second surge later this year, some major VA medical centers are moving patients to make room.

On July 14, the South Texas Veterans Healthcare System in San Antonio published a news release detailing the transfer of at least eight patients to the Dallas VA to "cope with the surge" and "provide bed space for COVID-infected patients."

The Air Force helped medevac some of the patients using a Critical Care Air Transport Team operated by the 59th Medical Wing. Those patients were residents of the hospital's Spinal Cord Injury Unit. The CCATT are usually intended to evacuate battlefield casualties from combat zones and transferred the patients on a C-130 Super Hercules.

Dr. Seth Chandler, chief of the SCIU, called it a time of "unprecedented crisis."

“We have not been hit particularly hard in the broader sense, in that we have about 600 beds occupied by veterans who have COVID,” VA Secretary Robert Wilkie told reporters on a call July 7. “We’ve lost about 1,500, but the vast majority of veterans who contracted this have recovered. That has allowed us to increase our footprint across the country.”