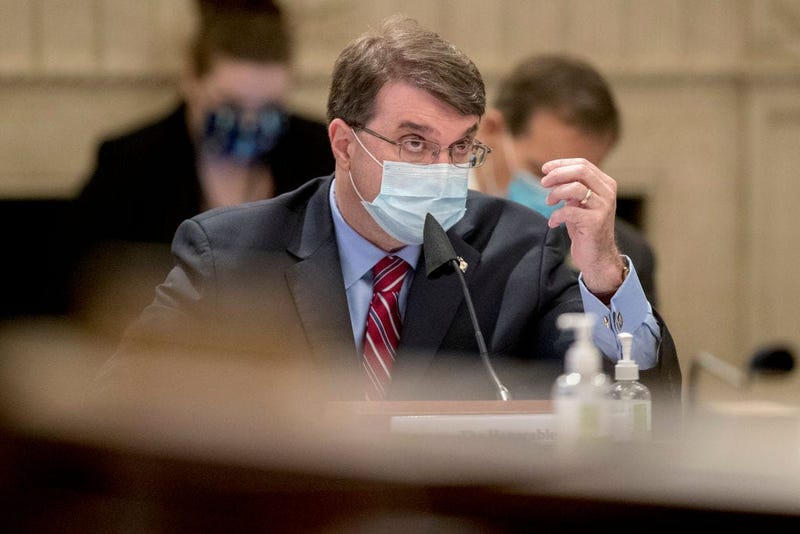 Department of Veterans Affairs Secretary Wilkie faced the second panel of Capitol Hill lawmakers in as many weeks on Wednesday, tasked with defending his agency's 2021 budget request and COVID-19 response in the Senate.

Lawmakers said they wanted to know how the pandemic has affected VA's budget, whether adjustments are needed to address future needs and how VA has spent the nearly $20 billion Congress provided VA in emergency pandemic funding.

So far, VA has allocated only a fraction of that total -- about $2 billion.

"I am standing by for a rebound," Wilkie said of the virus, adding that the number of infections at VA have been "mercifully low."

VA is the only federal agency with a major increase increase under the president’s plan released earlier this year. Even the Pentagon, which has nearly six times the budget of VA, is expected to only see a small. All other agencies are expected to see cuts.

Wilkie told lawmakers he believes VA's budget request would be enough to cover its upcoming needs, even taking the pandemic into account, including a possible resurgence of the virus later this year.

Previously, VA anticipated "hundreds of thousands" of infections, Wilkie said, but though numbers have been much lower than that, he added that he is "cognizant this can boomerang back on us during the winter" and the nearly $20 billion in emergency funds is "our hedge against what could possibly come." VA also has made emergency supply purchases, hired thousands more staff, deployed new technology and racked up overtime during its virus response, Wilkie said. But VA made no request for any additional funds over its previous ask.

The largest increase VA is asking for is $11.6 billion more for the Mission Act, which replaced the expiring Choice Act last year and expands veterans’ opportunities to seek care in VA’s network of private health providers. Last year, VA asked for $8.9 billion to fund Mission.

Veterans Health Administration head Dr. Richard Stone told lawmakers the increased funding is for anticipated growth -- both veterans and dependents as patients. He said VA expects the economic downturn caused by the pandemic to lead to "even greater dependence on us."

House Appropriators in March, before the pandemic, told Wilkie that the administration's $243 billion budget request was a “fantasy.” Around the same time, Wilkie declined lawmakers' offer of additional resources to prepare for the pandemic. Later, VA received the nearly $20 billion in emergency virus-relief funding.

VA asked for $12.9 billion more for 2021 when only $2.5 billion in additional money is available for all federal departments without budget cap changes, lawmakers said in early March.

VA is the largest medical care provider in the United States, with more than 9 million enrolled veterans.

The 2021 fiscal year budget request is the largest in VA history, Wilkie said, totaling about $243 billion.

If approved as planned by President Donald Trump, the budget would make the department the second-largest federal agency, second only to the Defense Department.

Wednesday's hearing was just one more step in a lengthy VA budget planning and approval process. Lawmakers likely won’t pass a complete 2021 budget until after the November election.

Lawmakers split along party lines on $243B VA 2021 budget plan