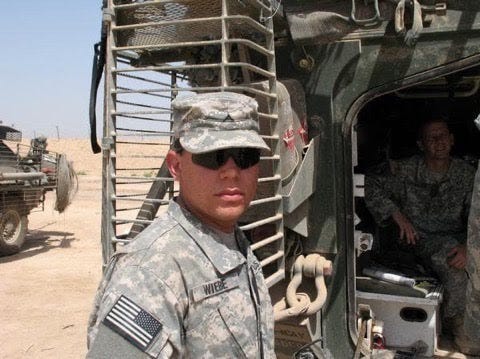 But after years spent around burning military trash, including human feces, showering in water that was questionable at best, he’s living with issues no 32-year-old should.

Wiebe tries to stay in good shape, though he has to use an inhaler sometimes for breathing issues. After leaving the Army as an Airborne infantry specialist in 2014, he joined the Army National Guard. He's had traumatic brain injuries and copes with his PTSD. But he doesn't think he's much different from the average soldier.

So it's not surprising that when he developed pain after going to the gym on February 6, he brushed it off as a pulled muscle. COVID-19 didn’t cross his mind.

But the pain continued.

Walking to the kitchen for a glass of water, he felt weak and said he was “shivering.”

This continued for days. Wiebe continued to dismiss an increasing sense that something much more than a strained muscle was wrong with him.

Friends told him to get help.

It took a friend asking if he was OK, telling him “You look like you’re going to die” and offering to drive him to the hospital to convince Wiebe.

He headed to his local VA Medical Center and checked into urgent care. 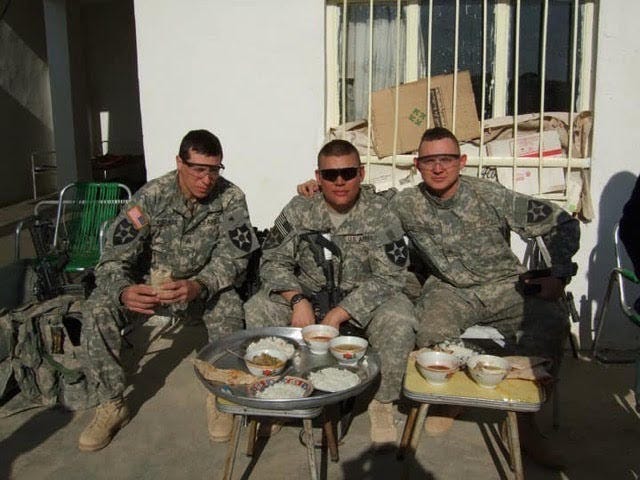 Doctors and nurses thought it might be a bad muscle pull, too, but ordered blood work and a chest X-ray “just in case,” Wiebe said.

More scans confirmed it. The 32-year-old soldier had a blood clot.

“I just kept thinking ‘Don’t older individuals get that?’” he said.

He continued to deteriorate, though, and his breathing worsened. So he went back to the hospital again and again.

After a checkup with his VA primary care doctor and another trip to urgent care, doctors found fluid in his lungs. They diagnosed him with walking pneumonia.

“She calls me and tells me ‘Come in, you need a mask, I think you have corona,’” Wiebe said.

He was triaged in a tent outside the California VA hospital, had both nostrils swabbed and was told to go home and quarantine himself. He’d know his results in 2 to 7 days.

On March 23, Wiebe learned he tested positive for COVID-19.

Now he’s been ordered to quarantine himself until he has been symptom-free for at least 14 days. Wiebe already had been laid off from his job because of the virus outbreak.

VA medical staff didn’t connect his blood clot to the virus, but Wiebe said he believes they may be connected. He also believes the toxic exposures he experienced during his deployments played a role in how sick he is now.

The number of veterans and service members testing positive has surpassed the average rate for civilians, and Poisson and her team are not surprised.

“It makes perfectly good sense because the military doesn’t know what social distancing is and they’re stationed all over the world,” she said.

But it’s also because of a long history of toxic exposures that can weaken the body and make service members like Wiebe more susceptible to infections like COVID-19, Poisson said.

“This is about comorbidities,” she said. “We’re not screening young, seemingly healthy people because they don’t fit the criteria.”

Poisson said she believes veterans may be among the groups hardest hit by the virus.

“Those exposures go deeper than lung issues,” she said. “We’re talking chronic stress, PTSD, chronic pain … All of those can beat down your immune system. It’s this big cascade, like a domino effect.”

Hunter Seven research on veterans of the wars in Iraq and Afghanistan shows sharp spikes in breathing issues, chronic pain and endocrine, metabolic and gastrointestinal issues, as well as higher rates of certain cancers, during and after military service.

Veteran Service Organizations and other advocates have been working for years to get more recognition for burn pit and other exposures, helping craft legislation on Capitol Hill and launching other efforts. Most VSOs named toxic exposures among their top priorities for 2020.

“These exposures affect them in so many different ways and it goes largely unreported,” she said. “So even if a doctor or nurse wanted to know their medical history, they might not be able to find this.”

Veterans as a group are often more likely than civilians to shrug off the need for medical help, Poisson said, so when a doctor tells a vet they’re fine “you tend to believe them” as Wiebe did.

That’s why Poisson and the team at Hunter Seven have developed software to help hospitals screen patients for veteran status and potential exposures, based on date of birth and chief complaints.

Knowing a veteran’s full medical history is key, especially for those who may be at higher risk for viral infections including COVID-19 because of weaker immune systems.

“They’re just not asking the right questions and we want to help them do that and take the burden off the veteran,” she said. “This could be lifesaving.”

VA estimates as many as 3.5 million veterans have been exposed to airborne hazards from burn pits.

If other veterans could be at higher risk for the virus because of immune systems weakened by exposures during service, Wiebe said he hopes they get help.

"There's a lot connected to deployments," he said. "We still don't really understand all of it ... So many of us were breathing in all this crap. People should know this could put them at risk. Go to the VA, put your name on the  (burn pit) registry. We have to look out for ourselves."

Need help with toxic exposure? Click here for a list of resources and information on VA and Defense Department registries.
For more information on Hunter Seven, or to contribute to their research, go to www.hunterseven.com. 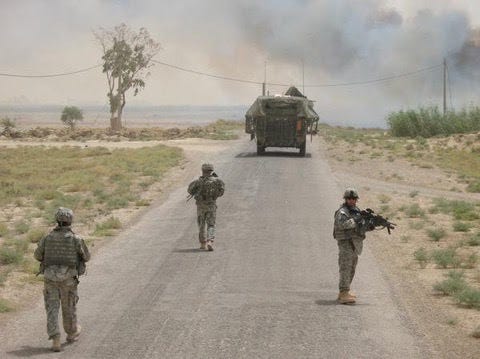