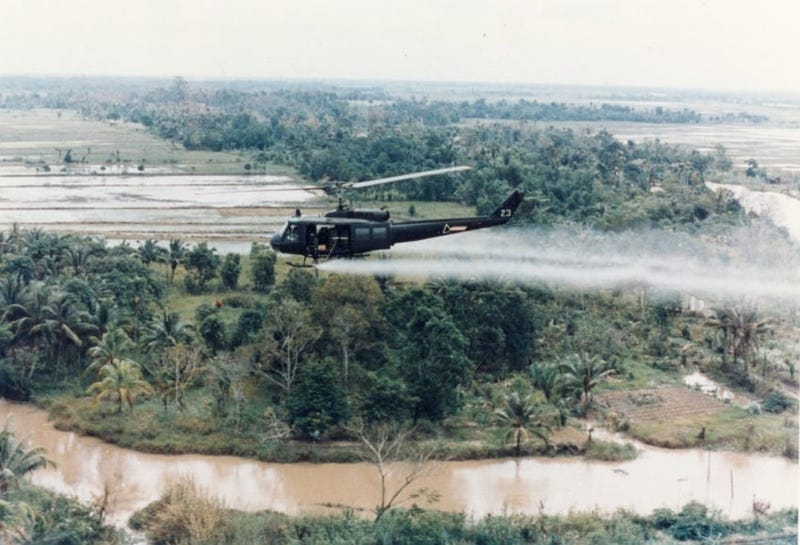 Veterans are demanding answers from the White House and the Department of Veterans Affairs after they delayed a decision to add more diseases to the list of health concerns eligible for Agent Orange disability benefits.

“In light of today’s news regarding the continued delay to add four presumptive diseases to the Agent Orange list, the VFW is extremely upset and dissatisfied with the backdoor political games that are being played in Washington as the lives of our veterans are at stake,” VFW National Commander William “Doc” Schmitz said in a statement Wednesday. “The health and welfare of our nation’s veterans should, and must, be our number one priority.”

Two years ago, then-VA Secretary David Shulkin decided to add more diseases to VA's list of health concerns that qualify a veteran for Agent Orange disability benefits, but, as first reported by Military Times' Patricia Kime on Wednesday, White House officials stood in Shulkin's way, according to documents obtained by a veteran through the Freedom of Information Act.

That deadline has long passed. It's been seven months since then, and thousands of veterans are still waiting for VA to deliver on its promise.

Attempts by Connecting Vets to get an update from VA officials on whether the department had a forthcoming decision are consistently met with the same statement: "VA has no announcements on Agent Orange presumptive conditions at this time."

Veterans are calling on Congress to take responsibility and help about 83,000 veterans languishing while VA fails to act.

“What we are seeing this week only underscores the need for Congress to take up comprehensive toxic exposure legislation for veterans during this term,” Patrick Murray, deputy director of VFW National Legislative Service said. “Every time we send our men and women to war we end up deliberating for decades as to whether or not they were exposed to toxic chemicals. This type of absurdity must stop.”

“The White House and VA must do the right thing and approve these Agent Orange presumptive conditions immediately,” said Schmitz. “We cannot, and will not, stand by and allow another veteran to lose their life because of the bureaucracy of Washington. The time for waiting is over.”

Disabled American Veterans said VA still has yet to take action on the National Academies' 2016 recommendations.

“Veterans with these diseases, particularly terminal illnesses like bladder cancer, which are scientifically linked to Agent Orange should not have to wait years, sometimes decades, to receive the full benefits and health care they deserve," DAV National Commander Stephen Whitehead said in a statement. "It’s time for the Secretary to follow the scientific recommendations of the National Academies, add these four new presumptives and end the wait for thousands of Vietnam veterans suffering and dying from Agent Orange-related diseases.”

Vietnam Veterans of America National President John Rowan said VVA holds "the Office of Management and Budget and its director culpable in the deaths of those Vietnam veterans who went to their graves waiting for their government to do the right thing and grant service-connection for exposure to Agent Orange and other rainbow agents, as recommended by the VA secretary based on findings of the Institute of Medicine."

Jeff O'Malley is the Army veteran who originally uncovered the documents shedding light on the delays through his FOIA requests. O'Malley served in Vietnam and has hypertension. He told Connecting Vets on Wednesday that it's taken him since 2017 to learn more about Shulkin's plans and what held them up.

“This was not the promise we made to our veterans who sacrificed so much for our country. It has been made abundantly clear that Mick Mulvaney and other White House officials have no reservations about turning their backs on thousands of veterans across the country who are suffering — and dying — from significant health conditions associated with toxic herbicides," the statement read. "For years, this administration has been denying scientific evidence, refusing to pay for essential care and benefits, and abandoning our aging population of Vietnam-era veterans. No more excuses. We won’t stop fighting until the Trump Administration does right by these veterans, who have waited far too long for the care and benefits they earned.”