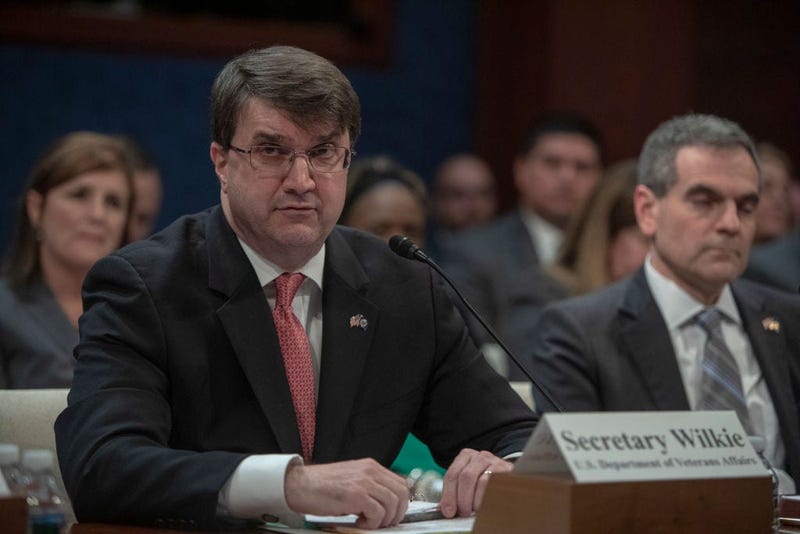 A Government Accountability Office report last September showed the Department of Veterans Affairs had a "severe" shortage of staff with more than 43,000 vacancies.

Those empty jobs -- including doctors, nurses, psychiatrists and other medical staff, have raised concerns about the department’s ability to respond to the coronavirus outbreak, veterans and other advocates told Connecting Vets.

This week, VA Secretary Robert Wilkie dismissed the report, instead focusing on VA growth and praising the president.

“I think the GAO report is silly,” Wilkie said in a Fox News interview, noting that VA has a larger budget than ever, a larger number of appointments than in “the history of our department” and other VA accomplishments. “Where we do have shortages is where the rest of the country has shortages, particularly in mental health and subspecialties like cancer and primary care. That’s where our shortages are but in terms of the delivery of our services, we have never delivered as much and we have never delivered as varied services as we have in the last few years and I owe a lot of that to the attention that the president of the United States has given to veterans.”

Watchdog groups such as the Government Accountability Office (GAO) and VA Office of the Inspector General (OIG) said last year staff shortages at VA were a “root cause” of veteran healthcare problems. Those vacancies included thousands of doctors, nurses and nursing assistants.

The concern over VA staffing comes as more attention falls on the department’s fourth mission which is to serve as a last line of defense for all Americans in a national medical emergency, such as a pandemic.

Former VA Secretary Dr. David Shulkin told Connecting Vets this week he believed VA staff shortages could be among the department’s greatest challenges in responding to the virus outbreak.

“VA still has some of the best healthcare in the world, but now it’s been dealing with some of these systemic deficiencies for decades,” Shulkin said.

In past disease outbreaks, Shulkin said as much as 35 percent of healthcare workers may not be able to show up for work.

“They get ill or have family members or other people they need to care for,” he said. “So you have an already-stressed system form understaffing, and now put increased demand on that system and then take away 35 percent of staff who may not be able to come to work. It can really turn into the perfect storm. At times of crisis, it can turn out to be the most problematic part of caring for patients.”

VA Press Secretary Christina Mandreucci told Connecting Vets "VA has the appropriate amount of staff and no staffing issues are impacting its response to COVID-19."

The president's fiscal year 2020 budget request projected 392,803 full-time employees, Mandreucci said. "VA currently has nearly 390,000 total onboard employees. So that means we're very close to where we told Congress we would be personnel-wise, and the vast majority of our unfilled positions are due to retirements and job changes."

VA leaders in the past have attributed many of the vacancies to the department being held back from competitive hiring since private healthcare systems can afford to pay much more, while at VA the salaries are capped.

As of March 20, VA said it was tracking at least 130 veterans infected with COVID-19 and had administered “over 1,192 tests nationwide.” Two veterans have died of the virus.

Another veteran has died of COVID-19, VA tracking more than 100 cases

VA leaders say they can handle coronavirus, but employees worry about response, testing