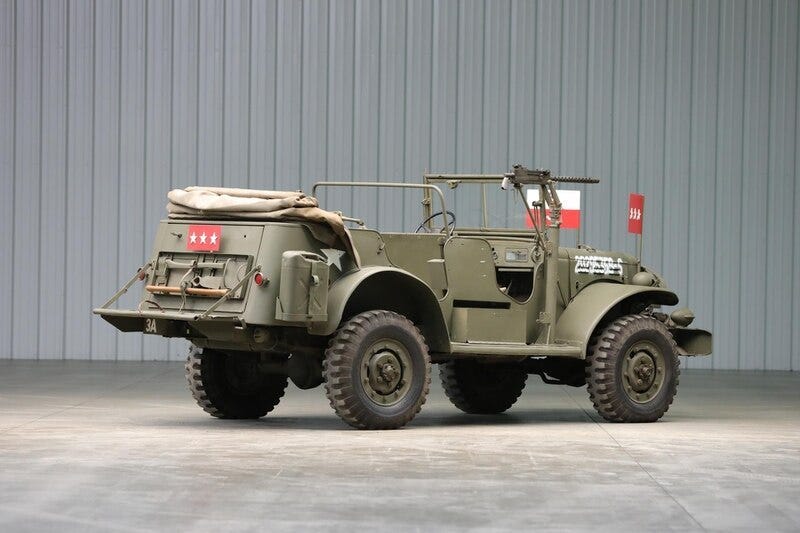 Here’s your chance to own -- and maybe even drive -- a piece of history.

Gen. George S. Patton’s 4x4 command car is being put up for auction by Worldwide Auctioneers in June.

The car was built especially for Patton and will be sold alongside three vintage airplanes from the Hoosier Air Museum, said John Kruse, principal of Worldwide Auctioneers.

“Where else will you find Gen. Patton's command car alongside three vintage airplanes, all at no reserve?” asked John Kruse, principal of Worldwide Auctioneers. “Taking inventory of this very special collection of militaria during our current crisis has also served as a fitting reminder to me that we have triumphed over enormous adversity before and we will again.”

The command car was manufactured between 1942 and 1945 and was the Dodge Power Wagon’s predecessor in the post-war period, according to a release from the auction company.

A rail was installed behind the vehicle’s front seats for Patton to hold onto while standing and addressing soldiers on the front lines. The vehicle’s recently refurbished engine, a 92-horsepower Dodge 6-cylinder, won’t win any races but remains in perfectly drivable condition.

“To own a piece of history from World War II such as this is a spectacular opportunity,” Kruss said in a video. 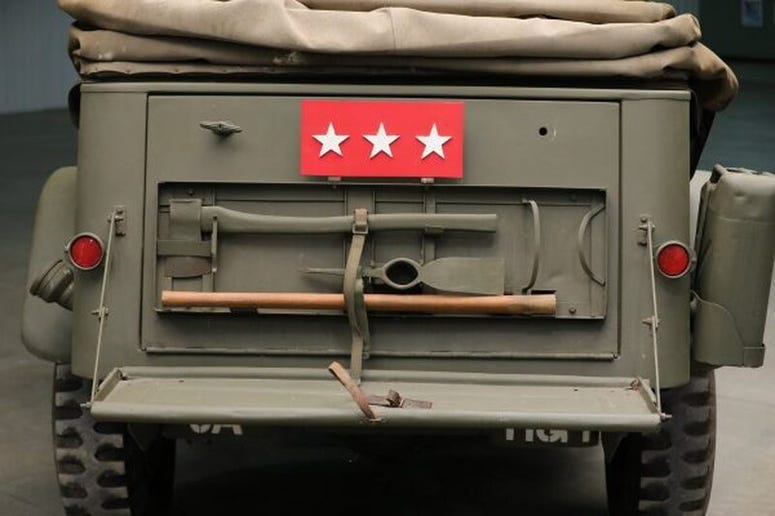 The command car was acquired by the J. Kruse Education Center, a nonprofit organization dedicated to helping kindergarten through 12th-grade students explore career paths and connect to returning veterans.

It will be sold to the highest bidder at no reserve via online and in-person bidding June 12-13. To learn more visit Worldwide Auctioneers here.

Reach Julia LeDoux at Julia@connectingvets.com.
Want to stay more connected to the stories and resources Connecting Vets has to offer? Click here to sign up for our weekly newsletter.