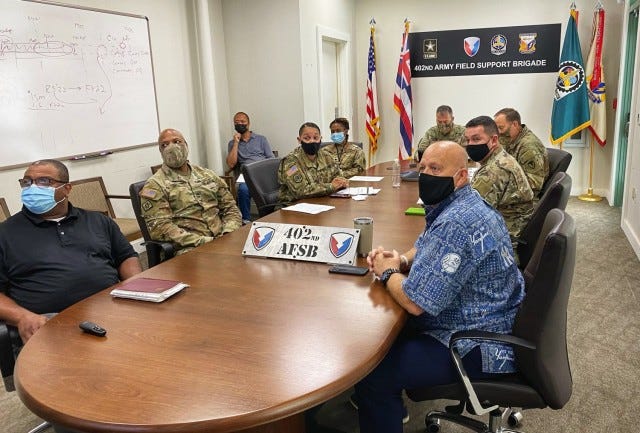 Members of the 402nd Army Field Support Brigade gathered for a leader professional development session that focused on the accomplishments and legacy of African American soldiers. As part of the brigade’s Operation Ho’ohanohano, soldiers and Department of Army civilians discussed the role African Americans continue to play in the U.S. Army..

“Ho‘ohanohano means one who honors the dignity and intelligence of others while helping to honor the health, spirit and self-respect,” said Col. Anthony Walters, the 402nd AFSB commander. “As part of the Army’s Project Inclusion, Operation Ho‘ohanohano seeks to promote a supportive, engaged environment and an organization that exemplifies the highest respect and appreciation for the contributions and value of all service members and civilians with a commitment to diversity and inclusion consistent with the spirit of Aloha.” 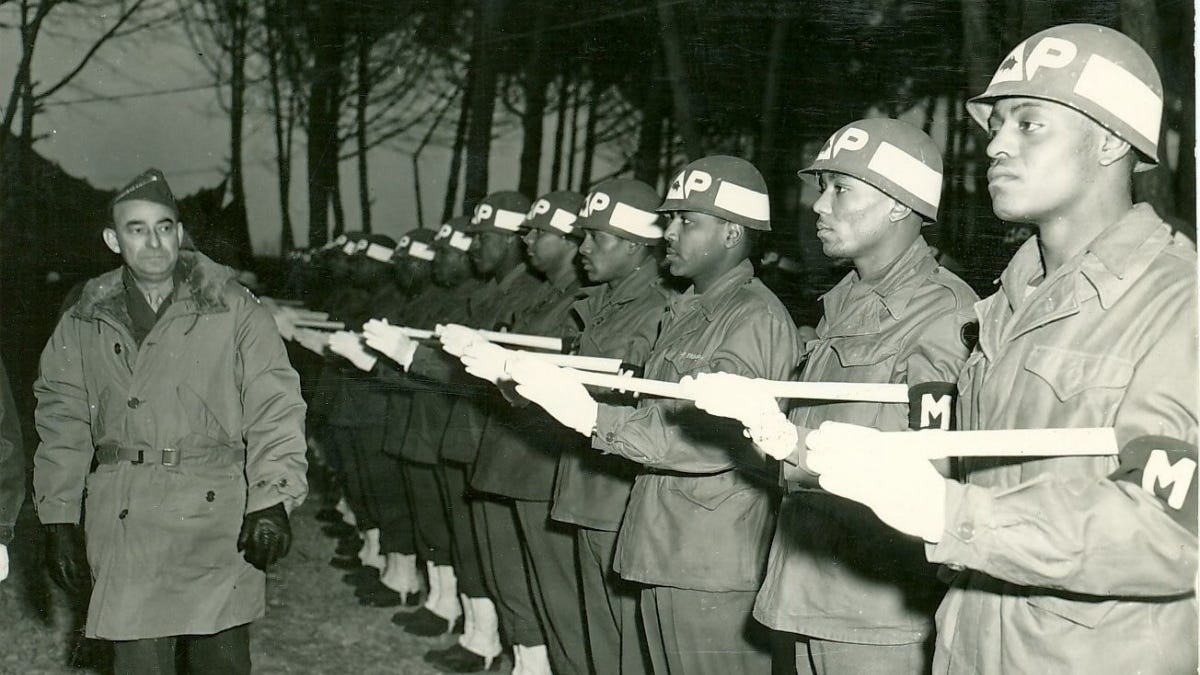 Under Operation Ho’ohanohano, LPDs are scheduled once a month, with each month focusing on a different theme. February’s LPD focused on Army’s Black History Month theme “The Black Family: Representation, Identity and Diversity.”

As the brigade’s Equal Opportunity Leader, Master Sgt. Gloria Yaport developed the session not only to focus on African American contributions to the Army but also to give the team the opportunity to discuss their own experiences.

“I wanted my colleagues who may not be familiar with the history of the Black soldier to walk away from the session learning something new,” said Yaport. “The Army put out some fantastic resources and videos this month so I made sure to include them in the session.” 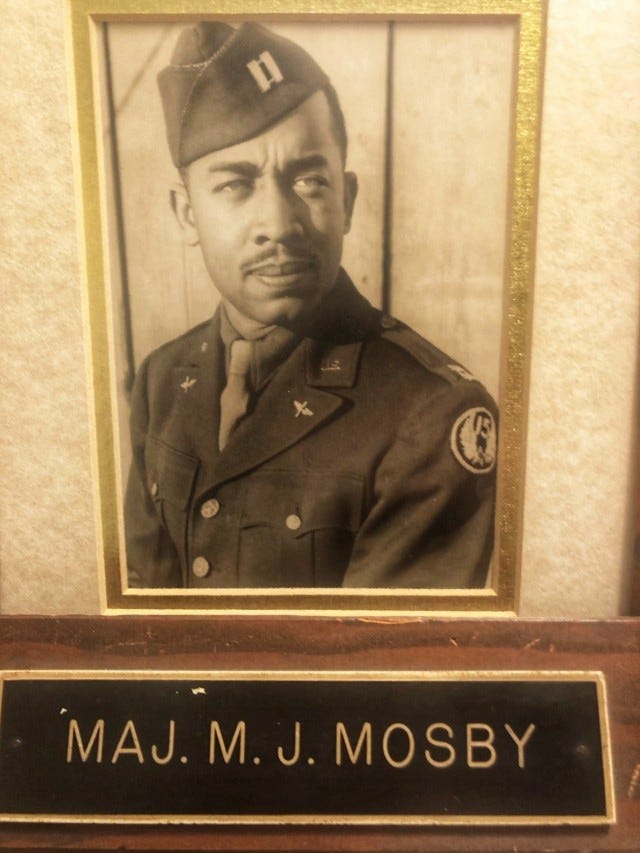 The videos Yaport referenced are ones that highlight historic African American units, such as the Tuskegee Airmen, 555th Parachute Brigade and the Harlem Hellfighters.

“African Americans have been voluntarily serving the United States since as far back as the Civil War. After all those years of fighting for this country, it was not until 1948 that the military was desegregated, which really wasn’t that long ago,” said Yaport.

Throughout the discussion, members of the 402nd AFSB reflected on their own legacies and experiences in the Army.

“As a female, African American officer, I’ve always heard you have strikes against you in the military,” said Lt. Col. Detrice Mosby, the command’s executive officer. “Some people don’t like to talk about the subject because there is trauma there but we have to have these conversations to get to the other side. And although we aren’t there, we are much better than where we were.”

Mosby, who is the first in her family to graduate college and join the military, understands the legacy she is not only creating but also carrying on. 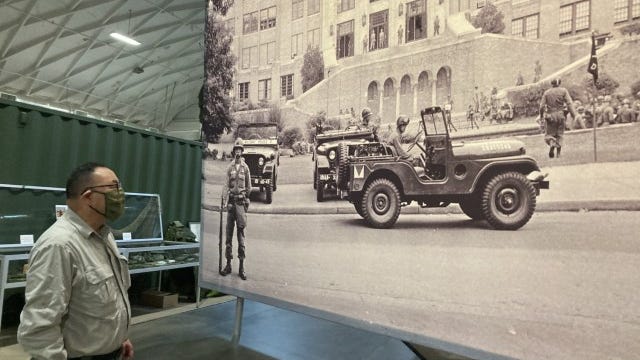 “My husband’s grandfather was a human resources and finance officer for the Tuskegee Airmen,” Mosby shared during the session. “Knowing he served as Maj. Mosby, supporting those men, makes me proud. He was a humble legend who always had a smile on his face but even though he never spoke of the racism he faced, I know it was there. So I appreciate opportunities like this to talk about where we as a human race are headed.”

Overall, the session was positively received by members of the 402nd.

“I really appreciate the time the brigade took to put this session together. Not only was the content informative and engaging, but the team was really getting into it,” said Deno Burton, a civilian at the 402nd who is a retired Marine. “We weren’t simply checking a box but actually having a thoughtful discussion. I’m looking forward to the continued conversations I know we will have.”