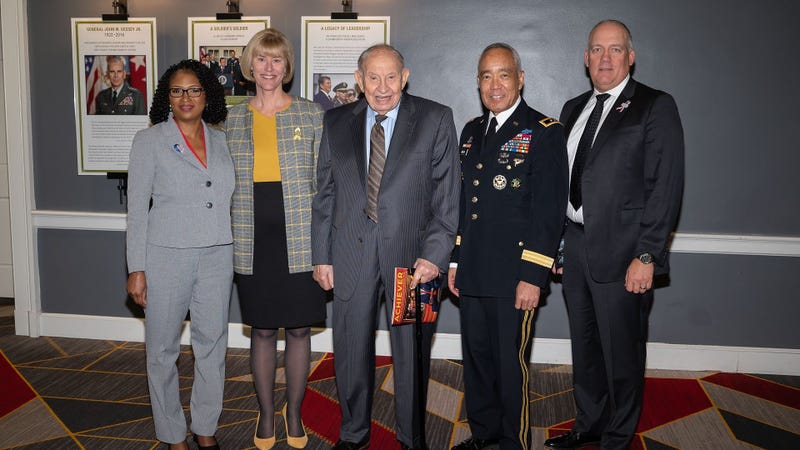 On Nov. 11, UMGC staff, faculty, students, alumni, and guests came together to
honor the nation’s heroes.

Air Force ROTC Detachment 330, University of Maryland, began the festivities in the presentation of colors, while Air Force veteran Eddie W. Peters gave a soaring rendition of the National Anthem, touching the heartstrings of all present.

After a poignant welcome to our onsite and virtual guests, Major Gen. Lloyd “Milo” Miles, UMGC senior vice president of Global Military Operations, spoke from the heart of the importance of service to country, as well as the sacrifice of military veterans and their families that have allowed our freedom to endure.

This year’s ceremony marked the 75th anniversary of UMGC, whose early beginnings harken back to the post-World War II era, with faculty volunteering to teach students overseas in Europe. Highlighting the selfless service of this faculty was Dr. Hugo Keesing, of the Overseas Marylanders Association, who regaled the audience with unique accounts of teaching classes in
some of the most austere conditions. 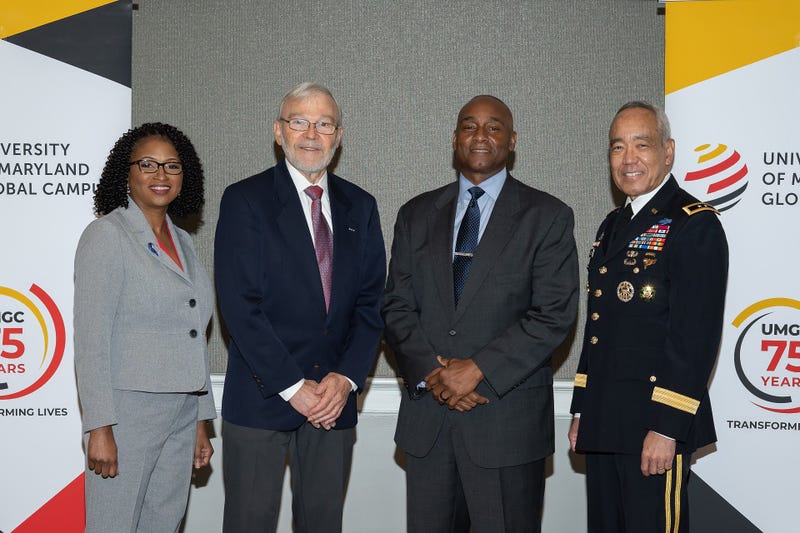 The UMGC community came together to honor the nation's veterans on Nov. 11, 2022. Photo credit UMGC

The Overseas Marylanders Association is a group of current and former UMGC faculty and staff members, united by their remarkable experiences of traveling around the world to bring higher education courses to military students overseas. Dr. Keesing credits his overseas years with Maryland as the springboard for a 26-year career in the Defense Intelligence Community, which earned him a National Intelligence Medal of Achievement for imparting his expertise to hundreds of intelligence professionals via the classroom and through his published works. 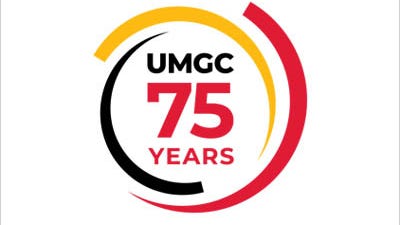 This unique program provides full scholarships -- covering all costs of a UMGC degree -- to the volunteer caregivers of servicemembers or veterans who are wounded, injured, or become seriously ill in the line of duty.  Standing proudly with those who wear the uniform of our nation and serve in the military are their family members and friends,  a support network that makes their service possible. The caregivers of service members are often unsung heroes, family members or friends who put their own lives and careers on hold to care for their loved ones.

Jackson is a lifelong public servant. Having served in the United States Marine Corps, as well as 22 years in law enforcement. Presently serving as the chair of the Maryland Senate Veterans Caucus and has taught courses at UMGC over the years. He represented and uniquely understood all the key elements of service, sacrifice, and education that distinguish UMGC military and veteran-connected students.

He also understands the lengths to which UMGC goes in helping to make a difference in the lives of those who aspire to attain something beyond their present circumstances. 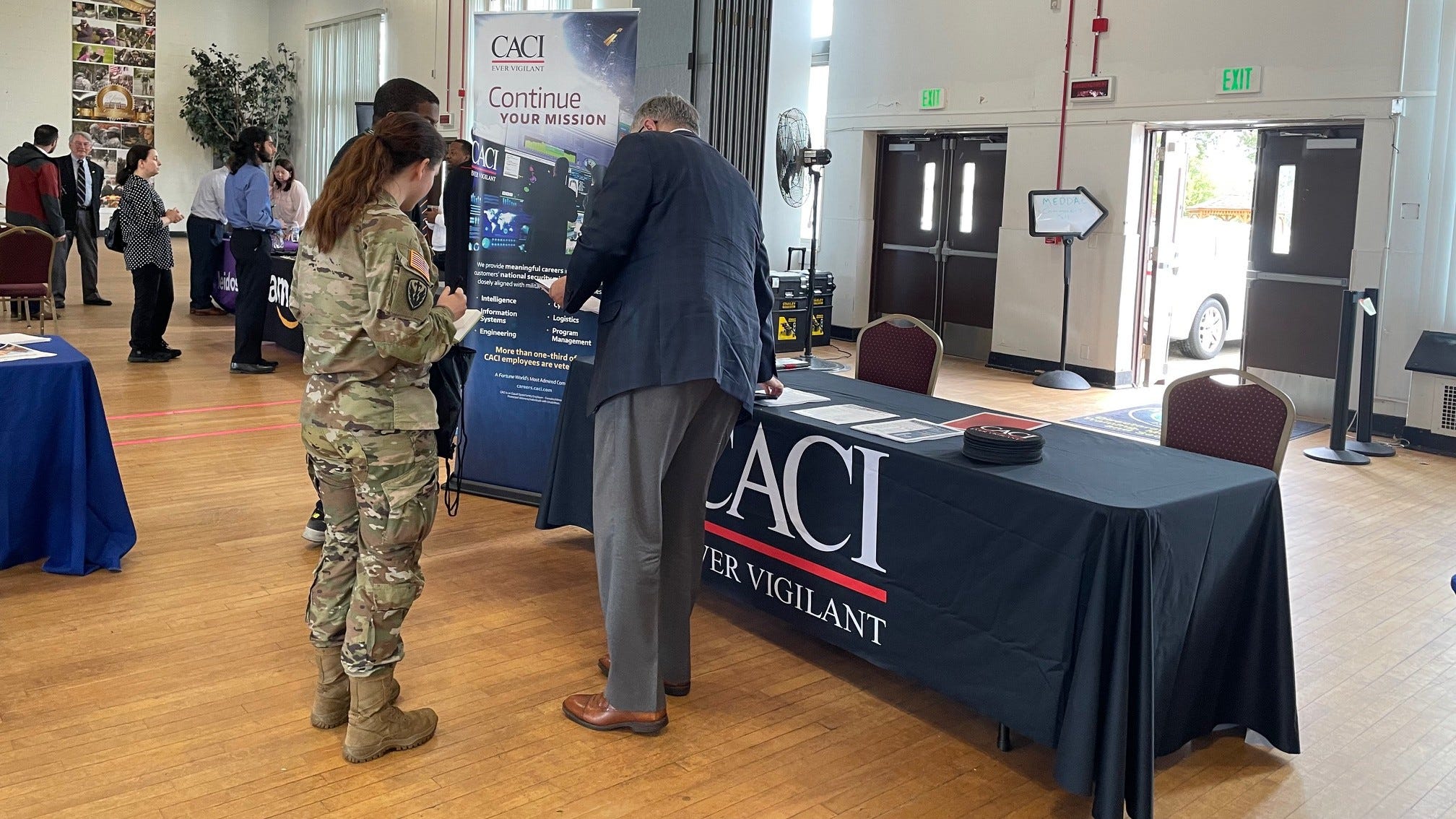 The ceremony recognized 2022 Student Veteran of the Year, U.S. Air Force Technical Sergeant Marvin Lazos. Originally from Heidelberg Germany, Lazo enlisted in the Air Force in 2012, and currently serves as the non-commissioned officer in charge of Dental Support Operations, within the 78th Medical Group, Robins Air Force Base, Georgia, managing operations for 11 dental providers and 19 technicians.

Lazo has received many commendations from the Air Force all while pursuing studies at UMGC. Lazo earned a bachelor’s degree in 2022 and is now pursuing a master’s degree at UMGC. 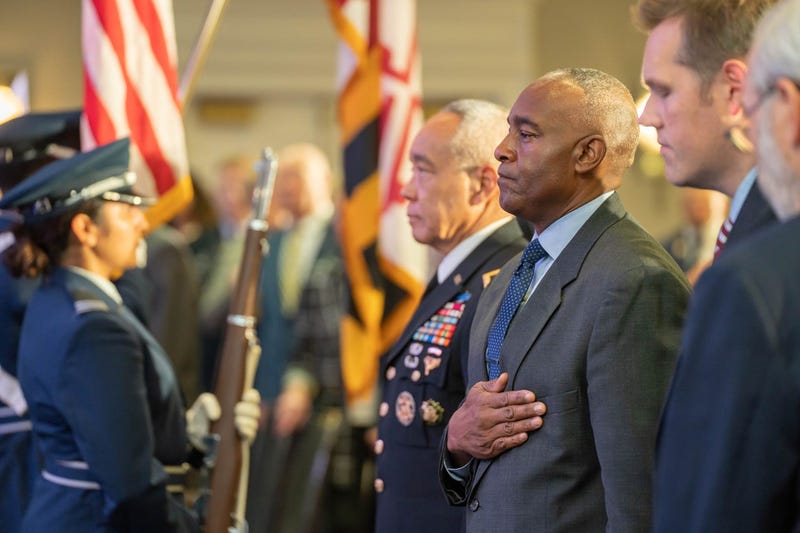 Finally, UMGC gave a standing ovation to UMGC alumnus, class of 1968, U.S. Air Force World War II veteran John L. Milton, a lifelong supporter to UMGC, who generously donated to the Veterans Assistance Fund, a persistence and completion scholarship that provides needed assistance for those whose education benefits have been exhausted or expired.

In conclusion, Nicole DeRamus, PhD, as emcee of the program, bid all those attending a challenge to express appreciation to and to honor our military veterans for their dedication, sacrifice, and commitment to serve.

Learn more about services and resources offered to veterans at UMGC by visiting here.