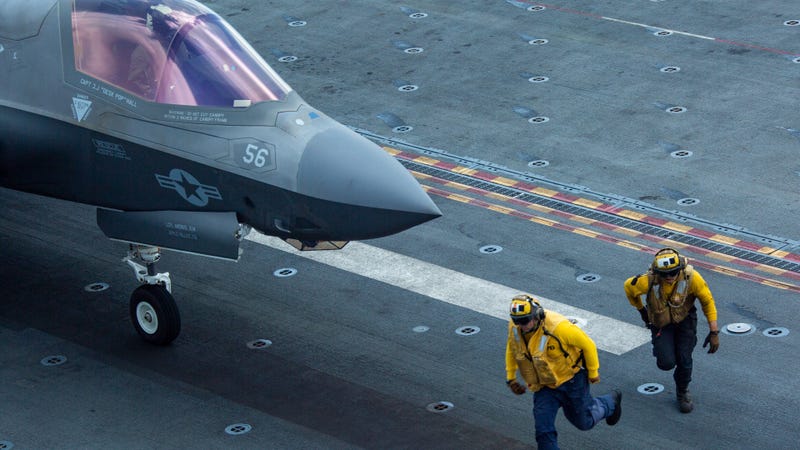 Sailors assigned to the amphibious assault ship USS Makin Island clear out of the way of a Marine Corps F-35B Lightning II in preparation for takeoff from the flight deck of the ship. The ship was operating in the South China Sea. Photo credit Marine Corps Cpl. Patrick Crosley/DoD
By DOD News

Secretary of Defense Lloyd J. Austin III issued an internal directive this week to laser-focus Department of Defense efforts to address China as the nation's number one pacing challenge.

Austin accepted recommendations from the China Task Force he established in February. The document is classified.

"The initiatives I am putting forward today are nested inside the larger U.S. government approach to China and will help inform the development of the National Defense Strategy we are working on," Austin said in a written statement on the directive.

The secretary thanked the Task Force members and said it is time to move out to ensure that DOD efforts match the challenges.

"The efforts I am directing today will improve the department's ability to revitalize our network of allies and partners, bolster deterrence, and accelerate the development of new operational concepts, emerging capabilities, future force posture and a modernized civilian and military workforce," Austin said.

Senior DOD officials speaking on background said the directive will bring greater focus and unity of effort to address challenges posed by China.
The initiatives call on the department to invest in America's unparalleled network of allies and partners. They also chart the need to bolster deterrence across all domains of warfare and look to accelerate the development of new operational concepts, a senior official said.

The initiatives "are intended to streamline and strengthen cooperation with U.S. allies and partners, particularly in the Indo-Pacific," he said. 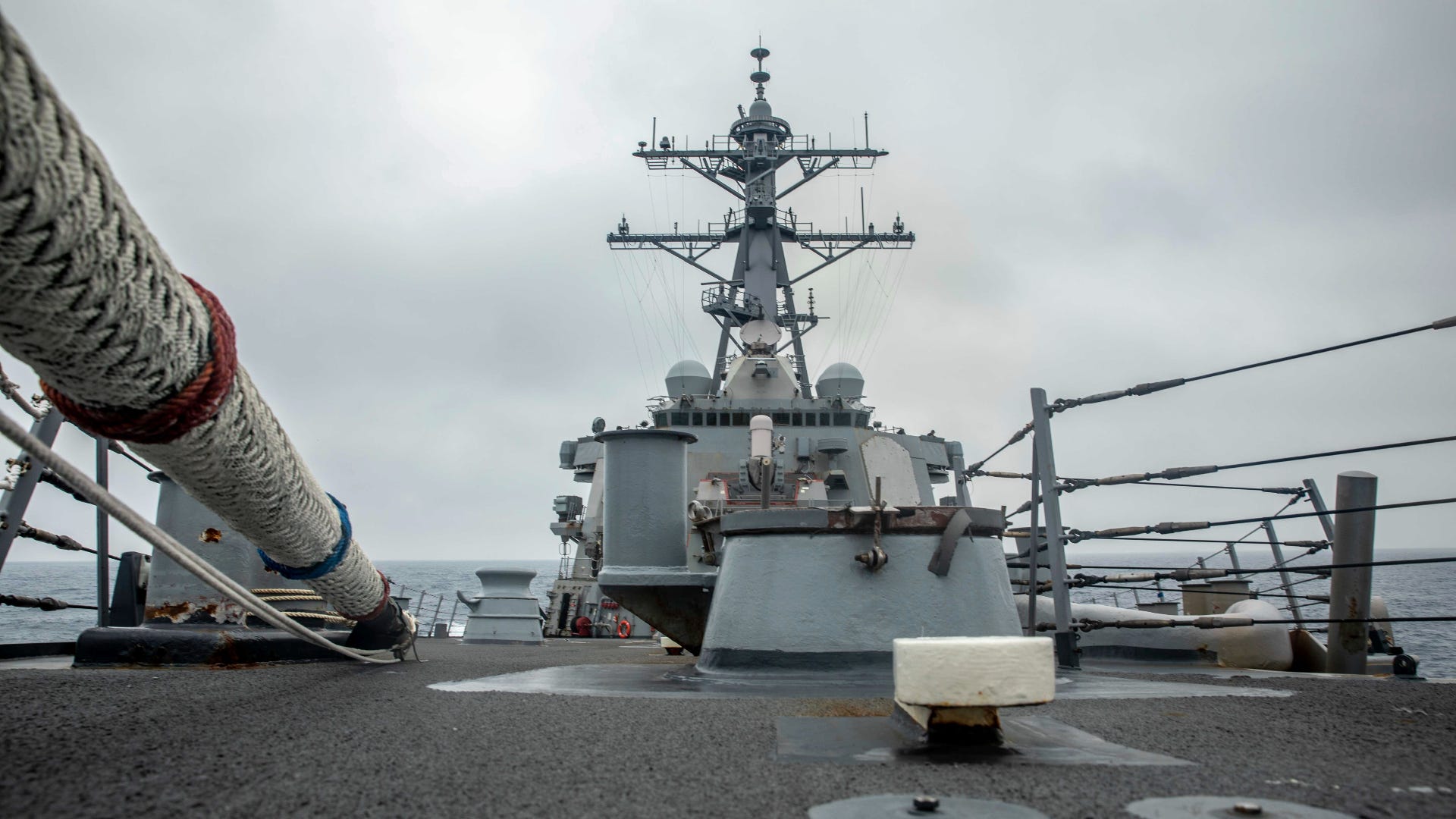 China, US argue over naval activity in South China Sea

While the task force recommendations are focused on the department, they remain "nested inside the Interim National Security Strategic Guidance and complement the multi-faceted work on China policy of departments, agencies and the White House," the official said. Moving forward, the results will be used to develop the National Defense Strategy and other reviews.

The internal directive is written with clearly stated objectives, with deadlines for implementation, and mechanisms for oversight and accountability. "To the extent possible, we designed these efforts to run through the lifeblood of the department, leveraging existing institutions, and only recommending new processes where necessary," the official said.

The directive is classified, but the official could share one example of the scope of effort. "To ensure that the department has the people that we need to compete effectively, the secretary has tasked … the undersecretary of defense for personnel and readiness with updating professional military education and civilian professional development, to align the department with the prioritization of China," he said.

The secretary will also accelerate the Joint Warfighting Concept through the experimentation and prototyping phases, he said.

The work of the task force is completed and it will now stand down. 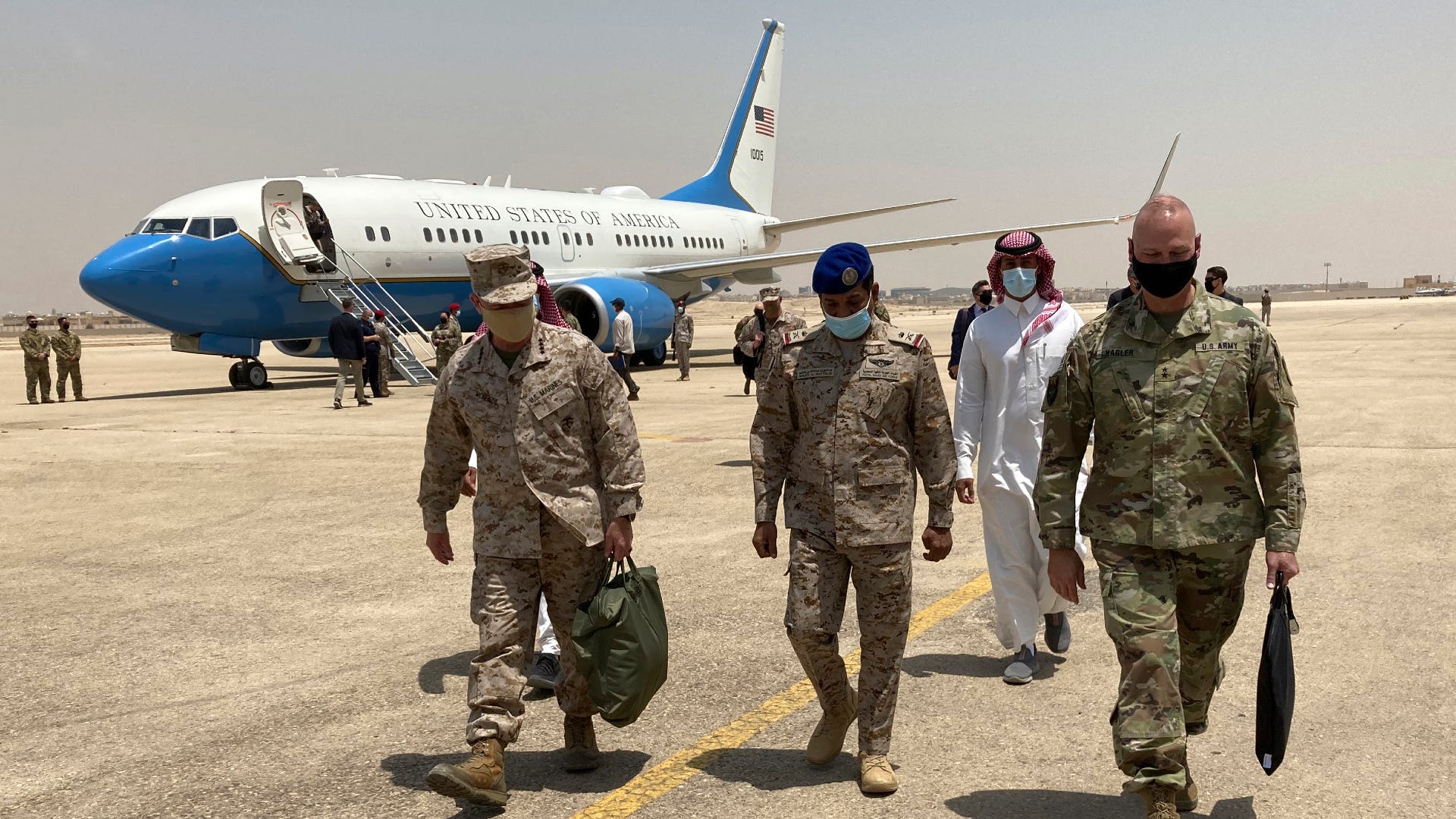 US general: As US scales back in Mideast, China may step in