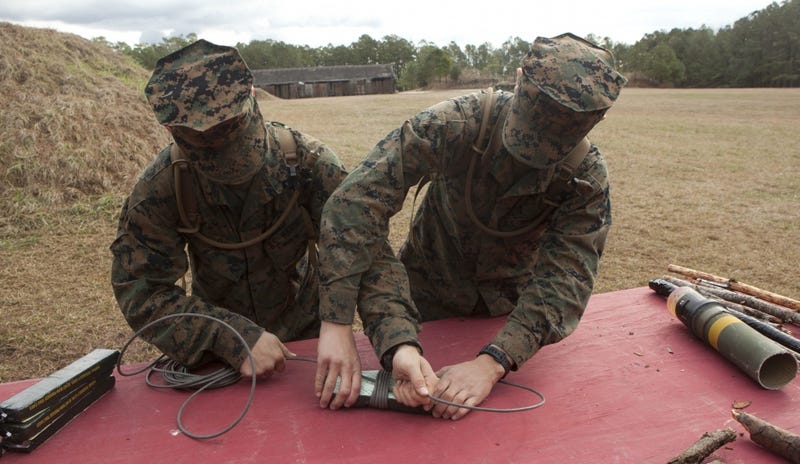 According to sources in touch with the local news station, the C4 explosives went missing two weeks ago during a training exercise. The military has NCIS looking for the explosives and a cash reward has been offered for their return.

C4 is an explosive consisting of Research Developed Explosives (RDX) and a plasticizer creating a putty like consistency that can be cut and shaped by soldiers, with charges tailor made for specific missions. C4 can be used to create door charges for explosive breaching or even level entire structures although one would need much more than ten pounds of explosives to accomplish such a task.

If it turns out the C4 was stolen, it would be far from the first time that the deadly explosive has been swiped from a military base. In 2010 a gardener at a cemetery located in the East Village of New York City came across ten pounds of C4 buried in the dirt while he was planting a shrub. Investigators determined that the explosives had to have been stolen from the military.

In 2010, a Special Forces soldier assigned to 5th Special Forces Group was arrested after "hunters" discovered 100 pounds of C4 explosives buried in his backyard.