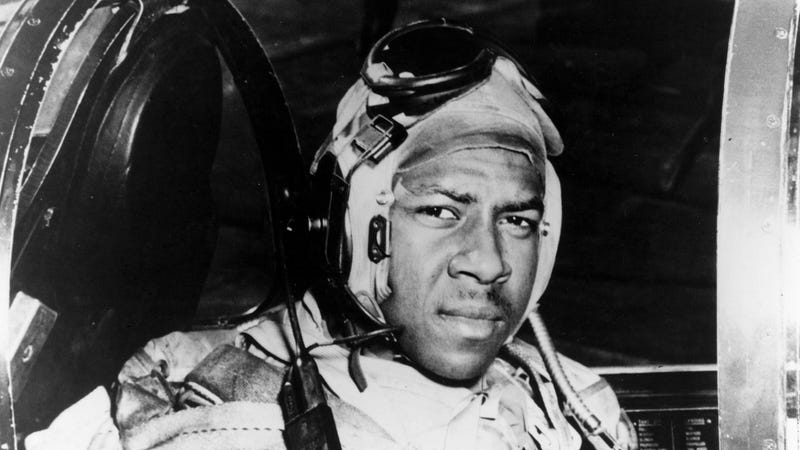 FILE - This circa 1950 photo provided by the U.S. Navy shows Jesse Brown in the cockpit of an F4U-4 Corsair fighter at an unidentified location. Photo credit U.S Navy via AP, File
By The Associated Press

The film “Devotion” reignited efforts to repatriate the remains of Jesse Brown, America's first Black Navy pilot, who died in 1950 after having to crash land his damaged plane during the Korean War.

Fred Smith, the founder of Memphis-based FedEx, financed the film about Brown because he thought Brown deserved wider recognition, a feeling his surviving relatives share, and lobbied the Trump administration to support the search efforts after consulting with Brown’s daughter, Pamela.

“I’m still determined to try to get Jesse Brown home and put him where he ought to be in Arlington (National Cemetery),” Smith said. “Among the other heroes of the republic next to his wingman, Tom Hudner.”

Smith's daughters, Rachel and Molly, who produced the film, met members of Brown's family at the 2018 funeral of Hudner, who received the Medal of Honor after attempting to rescue Brown. Hudner returned to North Korea in 2013 in an attempt to locate Brown's remains, but was unsuccessful.

“He’s never had a full sort of burial with that with the pomp and circumstance that that we think is worthy of what his contribution is to this country” Knight Henry said, speaking from Washington.

Brown grew up in Mississippi, the son of sharecroppers, and succeeded in qualifying to be a pilot in the Navy, despite his training officer refusing to pin on his wings — just one of many racist insults and hurdles he overcame. 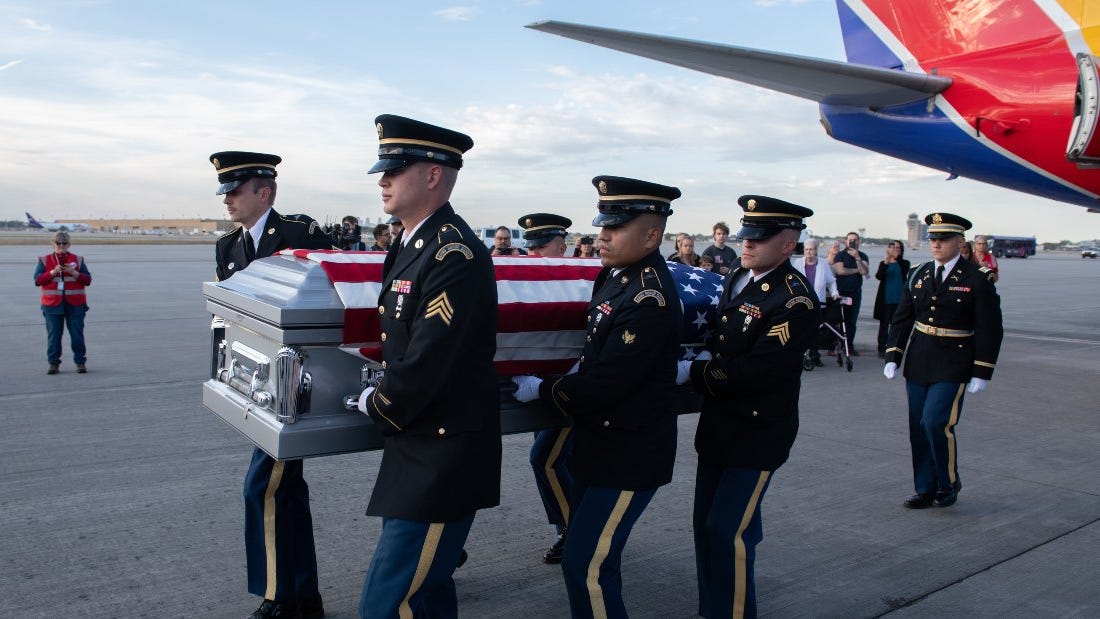 Smith has donated “Devotion”'s proceeds, in part, to endow a new scholarship fund, the Brown Hudner Navy Scholarship Foundation, for the children of Navy service members pursuing studies in STEM.

“Mr. Smith spent an incredible amount of money imaging the area where we think that my grandfather’s remains are,” said Knight Henry, adding that her family has worked with different agencies and groups to maximize any potential opportunity to get answers.

More than 7,500 American military personnel remain unaccounted for in the Korean War, according to the government agency that tracks prisoners of war and those missing in action.