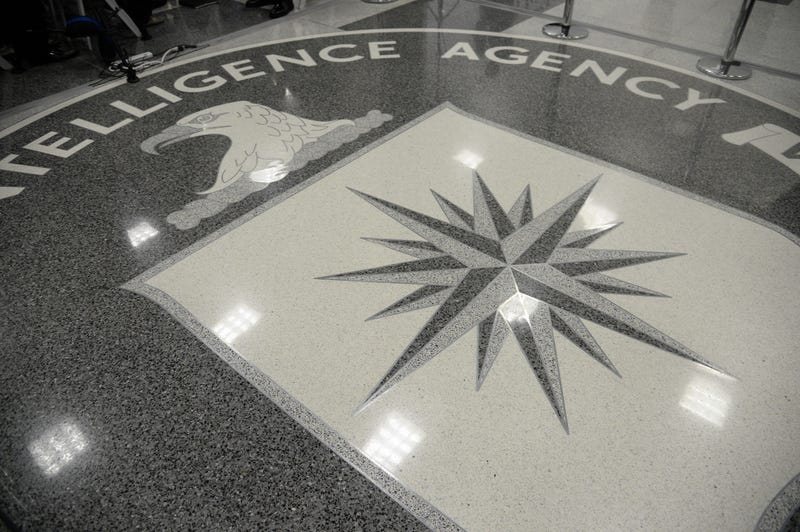 Bazzel Baz was one of the Marine Corps' first counter-terrorism officers, given the job after the 1983 Beirut embassy bombing. Little did he know, that this got him some attention in Langley.

At an anti-terrorism symposium, two men wearing CIA ID cards on their coats approached Baz as he was pouring a cup of coffee and told him that they had been keeping an eye on him and wanted to know if he would like to join their organization. Baz, a young Marine at the time, told them he was unsure.

Back at his office in Quantico, Baz found a sticky note on his desk telling him to go meet with a colonel at a specific building on the base. When he arrived, he found a structure that looked like it needed to be condemned and torn down.

When he knocked on the paint-chipped door, a civilian secretary opened it and said, "Capt. Baz, we've been expecting you."

Baz reported to the colonel's office, where he saw the back of a leather chair, the colonel's silver flat-topped hair cut poking above, and a spiral of cigar smoke floating in the air. The chair suddenly spun around, the square-jawed colonel setting his stoogie down in an ashtray. "Son, do you want to work for the CIA?"

Baz was still unsure, so the colonel gave him a day to think it over and get back to him. But he did arrive at a decision, and two weeks later he was discharged from the Marine Corps.

While there, Baz worked on some of America's most secretive covert operations in places like Pakistan, Angola and Honduras.

But being personally recruited by hand in this manner is largely a thing of the past. For instance, old school spy legend Jack Devine was recruited by the CIA after responding to a newspaper ad and met with an agency employee for a coffee before his application was accepted.

While there may still be some "good ol' boy" network recruiting happening in certain corners of the organization, today it is much more formalized, with a clear process in which anyone can apply. No, you don't have to be a phenomenal athlete, speak 10 languages, or have a grandfather who served in the CIA. These are some of the enduring misconceptions which exist when veterans think about applying to the CIA.

You also don't need to be a hardened Marine like Baz. Ground Branch is just one small part of the agency, which employs operations officers (the spies) and analysts who pour over intelligence information to sort the wheat from the chaff.

Former CIA staff operations officer and Marine James Powell said he worked with people of all skill levels and abilities.

Today there is a large influx of veterans, including combat veterans, in the CIA due to the Global War on Terror. For veterans, continuing their service in the intelligence community is a natural extension of their military service and in many cases, the skills learned in the military, be it in combat arms or military intelligence can directly translate to their new career in the CIA.

Military veterans often see recruitment as some sort of dark nebulous process, but it isn't. The place to get started is on the CIA's website where veterans can begin the application process.