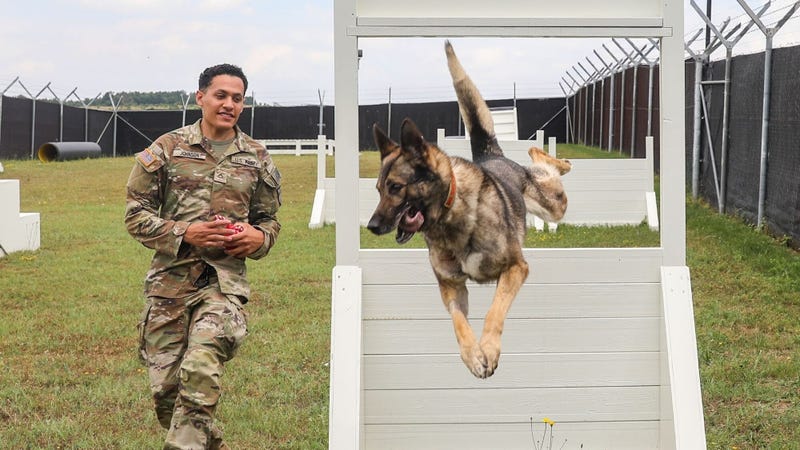 They say a dog is a man's best friend, but for some, they are also their partners. The Army has military working dogs or MWDs that help assist in operations both in the homeland and overseas.

There are two different types of dogs. One is a patrol explosive detector, and the other is a patrol drug detector dog. The team's job consists of being a physiological deterrent at gates, sweeping vehicles for VIPs, and health and welfare checks. The dogs spend about two months in training, where they receive their dual certification in their specific detection and controlled aggression. From there, they get assigned to a kennel and then their handler.

“We are a big psychological deterrent,” said Pfc. Kyle Johnson, a Camp Bondsteel-based MWD handler. “People see us at the gate and they notice the dogs and know they can’t bring explosives onto the base because it will get detected. We keep current by training every day, so the dog is always at peak performance level.”

All MWDs are dual certified in their detection abilities as well as control aggression, where they're trained to chase, bite and control a suspect. If needed, the dogs can apprehend an uncooperative suspect after military police have exhausted all other levels of mediation.

“We use special suits to use when training the dog to bite suspects and we can help them control where they bite the person on the body,” Johnson said. 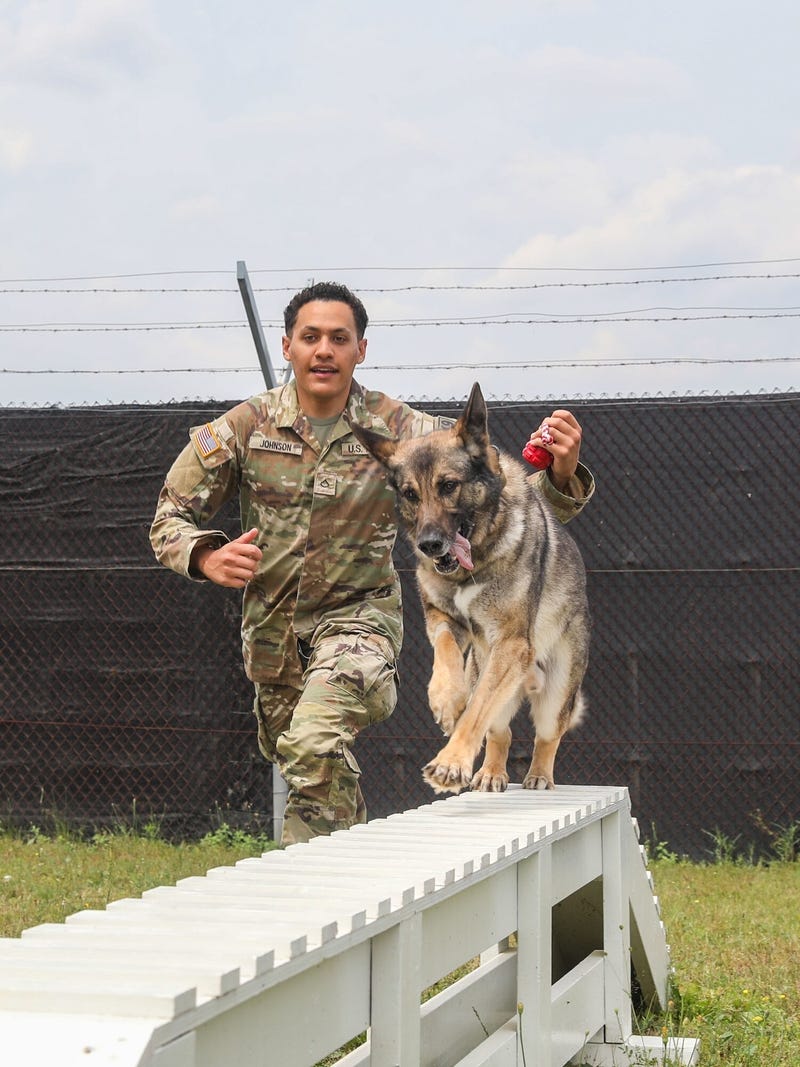 Johnson is a military working dog handler currently deployed in Kosovo’s Regional Command-East. He is attached to the 100th Military Police Military Working Dog Detachment out of Stuttgart, Germany.

Originally from California, Johnson waited an entire year to get the MWD job due to it being a relatively small career field within the military. He became a handler so he can apply the experience towards the civilian sector once he leaves the military. Becoming a canine handler takes almost six months after all the training is needed.

“Being a military working dog handler takes a lot of work,” Johnson said. “You are not only responsible for yourself but also the dog.”

The dog Johnson works with, Nandy, is a patrol explosive detector dog. Together, they work the front gates of Camp Bondsteel and do random checks for possible explosives on vehicles entering the base. 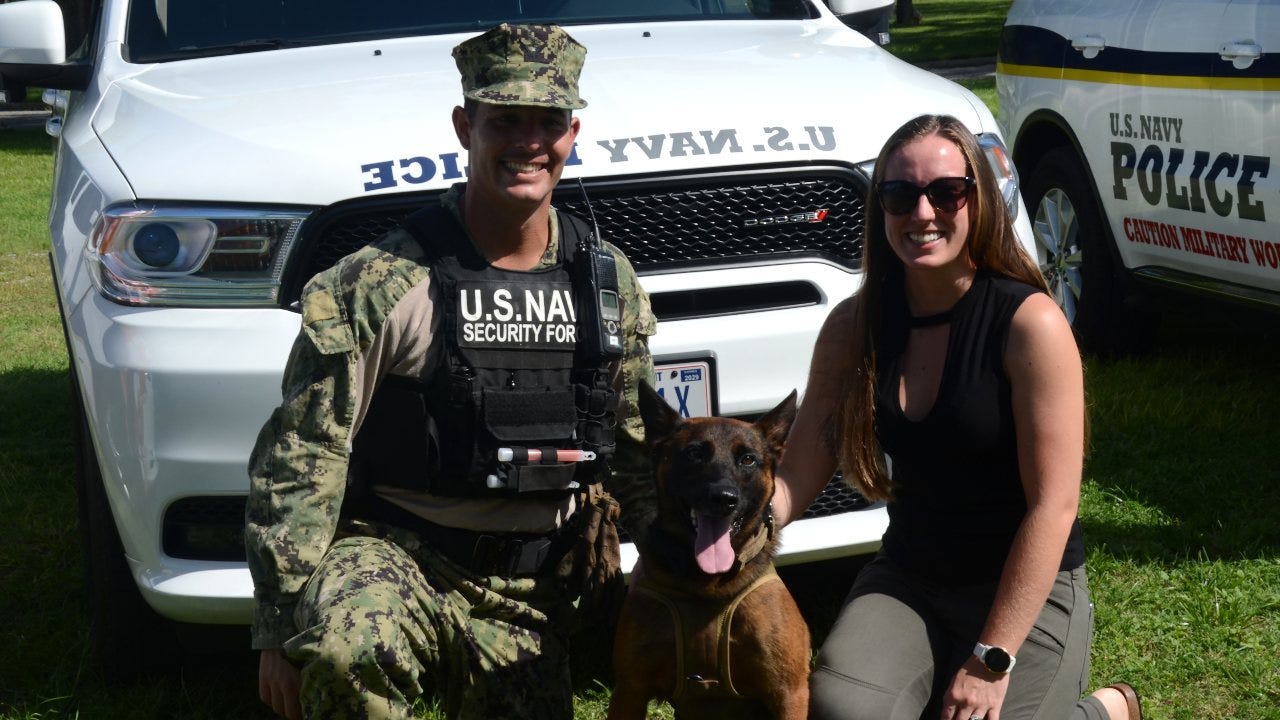 When not on duty, the dogs stay in kennels where they’re housed, fed and showered. Every morning, Johnson feeds Nandy and then lets the food settle before they start their shift. The base also has a veterinarian should the dogs have any health issues or get injured.

In training, handlers like Johnson use simulated explosives containing the scent of real explosives to ensure the dogs stay sharp and on top of their game. They keep the dogs on a strict healthy diet and exercise routine. They also receive monthly health checkups and spend a lot of time training in their obedience course.

All initial MWD training is conducted at the 341st Training Squadron in Joint Base San Antonio – Lackland for both handlers and the dogs. There are currently two programs at the Texas installation, one where the military breeds the military working dogs, and the other is where they buy them from civilian contractors. Dogs can serve for up to twelve years providing they can keep working and stay certified.