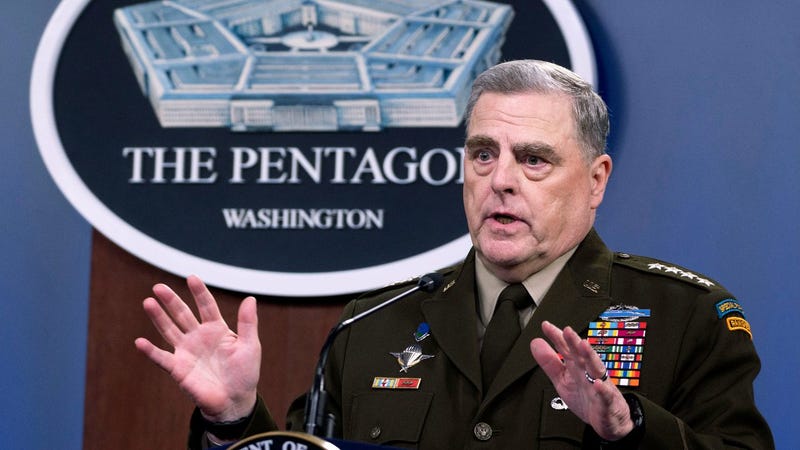 The top U.S. military officer said Friday that calls he made to his Chinese counterpart in the final stormy months of Donald Trump's presidency were “perfectly within the duties and responsibilities” of his job.

In his first public comments on the conversations, Gen. Mark Milley said such calls are “routine” and were done "to reassure both allies and adversaries in this case in order to ensure strategic stability.” The chairman of the Joint Chiefs of Staff spoke to The Associated Press and another reporter traveling with him to Europe.

Milley has been at the center of a firestorm amid reports he made two calls to Gen. Li Zuocheng of the People’s Liberation Army to assure him that the United States was not going to suddenly go to war with or attack China.

Descriptions of the calls made last October and in January were first aired in excerpts from the forthcoming book “Peril” by Washington Post journalists Bob Woodward and Robert Costa. The book says Milley told Li that he would warn Li in the event of an attack.