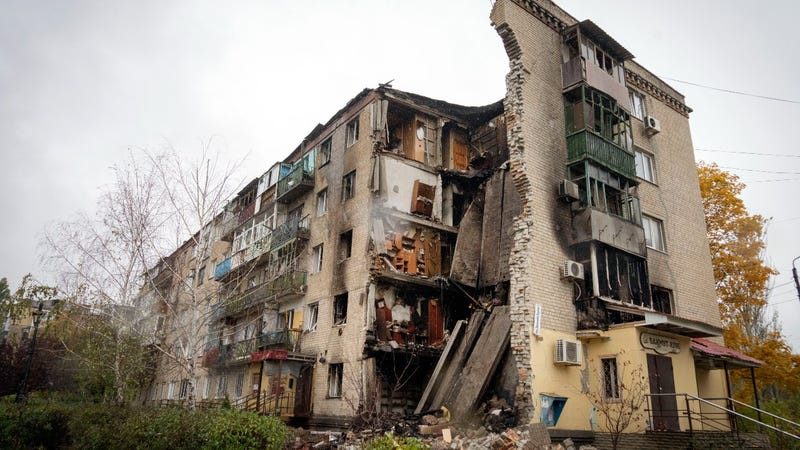 A house damaged by the Russian shelling is seen in Bakhmut, the site of the heaviest battle against the Russian troops in the Donetsk region, Ukraine, Wednesday, Oct. 26, 2022 Photo credit AP Photo/Efrem Lukatsky
By The Associated Press

NATO and Russia's military alike staged planned annual nuclear exercises Wednesday as the Russian president repeated the unfounded claim that Ukraine plans to set off a radioactive “dirty bomb.” On the battlefront, Russian forces pounded more than 40 Ukrainian villages over the past day.

Russian President Vladimir Putin remotely monitored the drills of his strategic nuclear forces, which involved multiple practice launches of ballistic and cruise missiles in a show of force. Russian Defense Minister Sergei Shoigu reported to Putin that the exercise simulated a “massive nuclear strike” retaliating for a nuclear attack on Russia.

The Biden administration said Russia provided advance notice of the annual drills. NATO is carrying out its own long-planned annual nuclear exercises in northwestern Europe.

Without providing any evidence, in remarks carried by Russian TV, Putin said Ukraine plans to “use a so-called ‘dirty bomb’ as a provocation” and contended the United States was using Ukraine as a “battering ram” against Russia and its regional allies, turning the country into a “testing ground for military-biological experiments.” It was the first time Putin himself made the unsubstantiated dirty bomb allegation, which his officials have been repeating since last week.

Ukraine and its Western allies have denied the claims and contend that Russia, facing setbacks on the battlefield, might itself try to detonate a “dirty bomb” — which uses explosives to scatter radioactive waste to sow terror — or go further and tap its vast nuclear weapon arsenal.

Shoigu on Wednesday called his counterparts from India and China to share Moscow’s concern about “possible Ukrainian provocations involving a ‘dirty bomb,’” according to the Russian Defense Ministry. 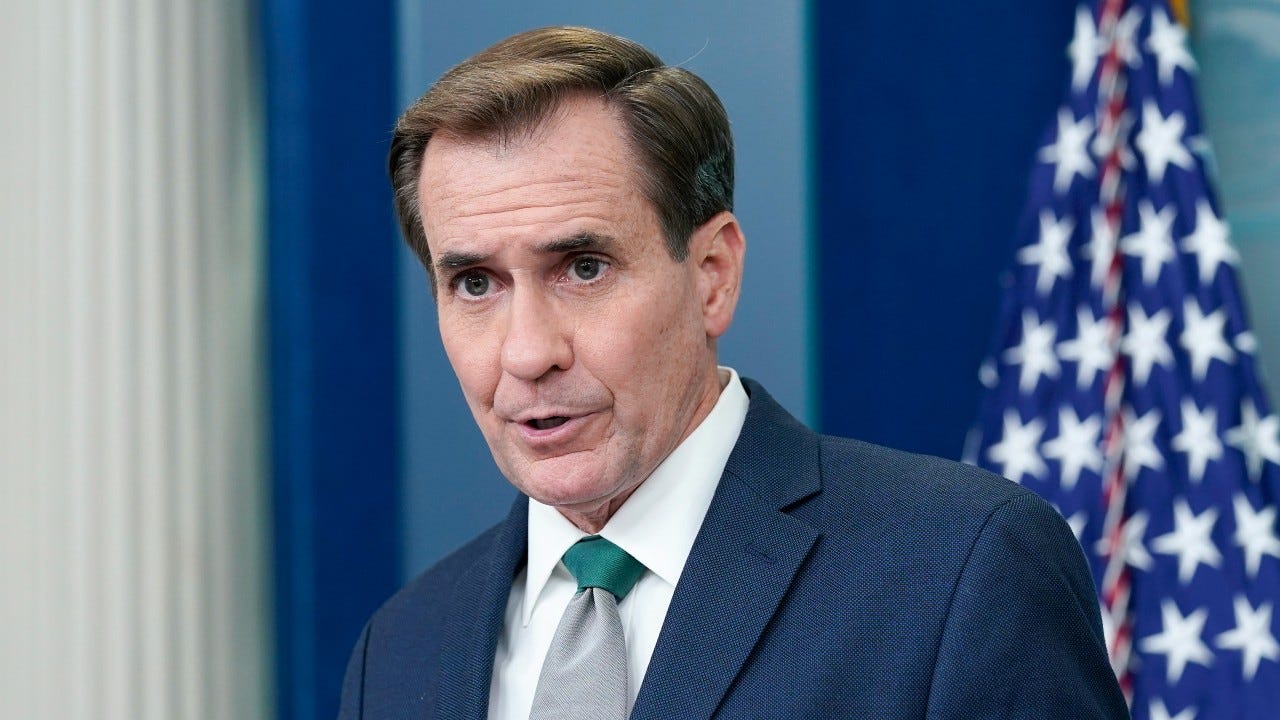 “Allies reject this blatantly false accusation, and Russia must not use false pretexts to escalate the war further,” Stoltenberg told reporters at NATO headquarters in Brussels on Wednesday.

He underlined that the 30-nation military organization “will not be intimidated or deterred from supporting Ukraine’s right to self-defense for as long as it takes.”

Despite the Western dismissals, Kremlin spokesman Dmitry Peskov insisted that Moscow had information about "an ongoing preparation in Ukraine for such a terror attack.”

Slovenia’s government said Russia has been engaging in a disinformation campaign about the “dirty bombs,” using a 2010 photo from the European Union country's Agency for Radioactive Waste titled “Ukraine’s capacities to create the dirty bomb.” The photo shows bags containing smoke detectors bearing inscriptions in Slovenian reading “radioaktivno,” or radioactive. The Slovenian government says the detectors contain a radioactive source but it isn't one of those listed below the photo in the Russian Foreign Ministry release. Slovenia’s government said on Twitter that its radioactive waste is stored safely and is not used for dirty bombs.

While continuing to issue unsubstantiated claims that Ukraine is planning provocations, Putin also is still sending signals that he’s open to negotiations with Kyiv. The latest message came via Umaro Mokhtar Sissoco Embalo, President of Guinea Bissau, who visited Kyiv to meet with President Volodymr Zelenskyy. 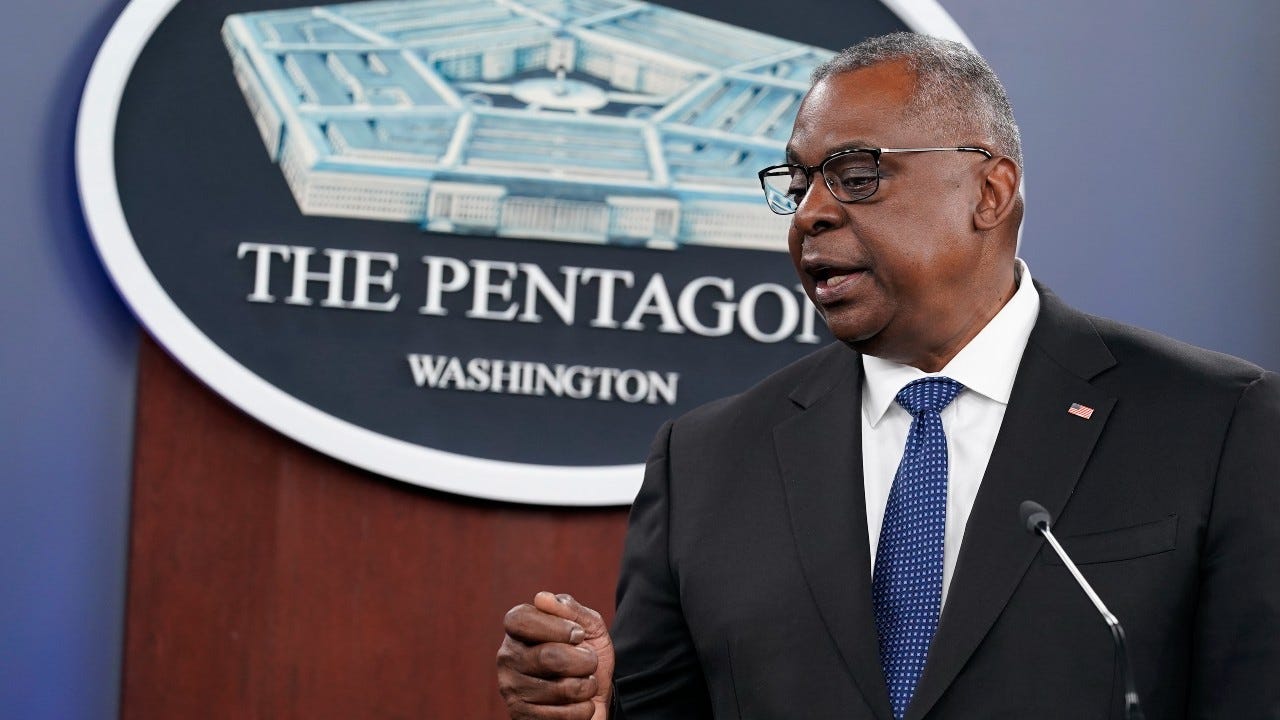 US to send Ukraine additional $275 million in military aid

“I was in Russia with President Putin, who asked me to forward you what we spoke about, something he thinks would be very important. He wishes and thinks that a direct dialogue should happen between your two countries,” the Guinea Bissau leader said.

At a press conference, Zelenskyy responded that a prerequisite for talks would be Russia’s recognition of Ukraine’s territory, borders and sovereignty.

The two sides have managed limited cooperation on certain issues, such as the exchange of prisoners of war and repatriation of remains.

On Wednesday, the head of Ukraine’s presidential office, Andriy Yermak, reported on Telegram that Russian forces had handed over 10 Ukrainian servicemen held as prisoners of war. They also turned over the body of an American volunteer, U.S. Army veteran Joshua Alan Jones, who Yermak said fought for Ukraine and died in combat.

U.S. State Department spokesman Ned Price confirmed the repatriation, without naming Jones. Price said the U.S. “is appreciative of Ukraine for including recovery of this individual’s remains in its negotiations with Russia.”

On the battlefront, Ukrainian officials said fighting in more than 40 villages killed at least two civilians and sustained the terror that forces people into air raid shelters each night. 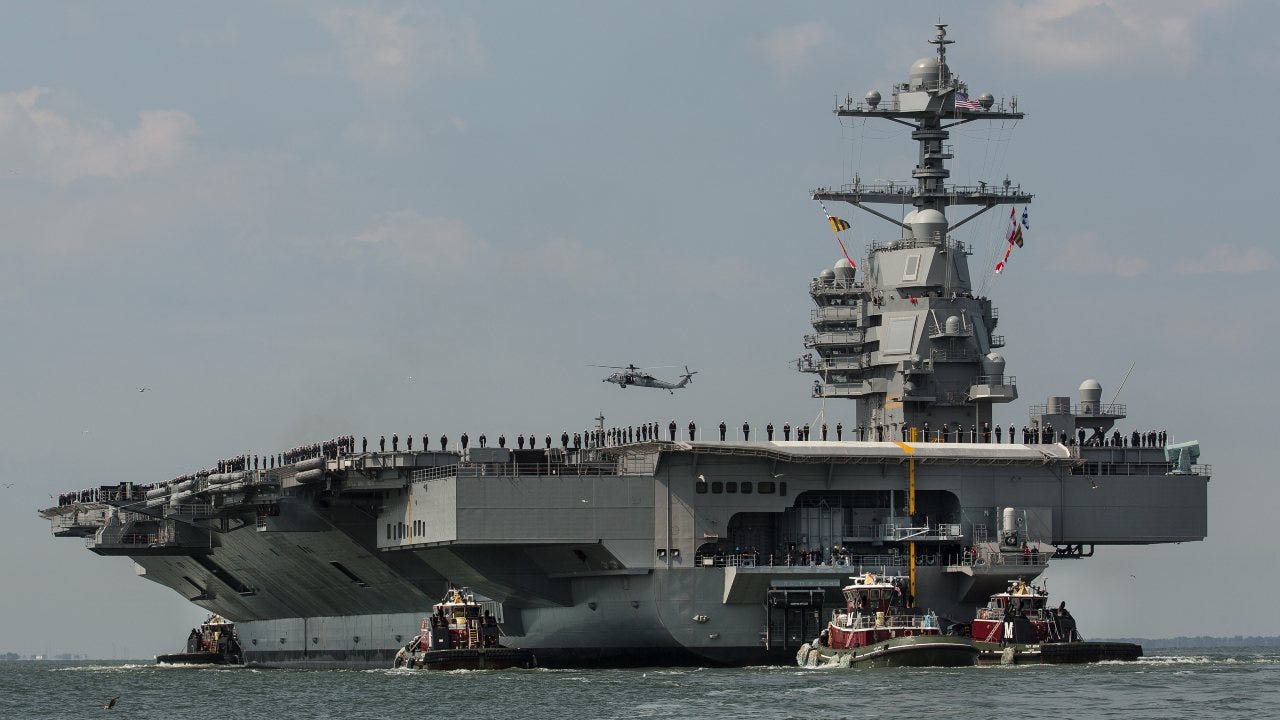 US Navy's newest carrier to deploy, train with NATO nations

A Ukrainian official reported that a Russian strike hit a gas station in the city of Dnipro, killing two people, including a 25-year-old pregnant woman in a car with her husband. He was reported seriously hurt in the attack late Tuesday.

Ukrainian saboteurs attacked a police station in the southern port and industrial city of Kherson with grenades on Wednesday, Russian-installed officials reported on social media. There were no immediate reports of casualties.

Missiles struck buildings and neighborhoods in the southern port city of Mykolaiv on Tuesday, though it remained unclear if there were any casualties, according to local authorities. More strikes were reported early Wednesday.

The sole food distribution point in Mykolaiv allows each person to receive free bread once every three days. Many must walk long distances.

“Bread and canned food is all I eat. It’s almost winter already, and it’s terrifying,” Anna Bilousova, 70, said. For 74-year-old Olena Motuzko, getting the food is an ordeal because she has a disabled husband she must leave alone for hours.

Others are trying to survive by going underground at night.

A 73-year-old woman spends her days in her home, cooking and washing, and every evening heads to a small makeshift sleeping area in a basement with family members. She has been doing that every night since the war began in late February.

Valentyna, who asked that her last name not be used for security reasons, describes the sound of incoming attacks as “very scary."

“My nervous system can’t cope with it,” she said, sitting in her makeshift bedroom.