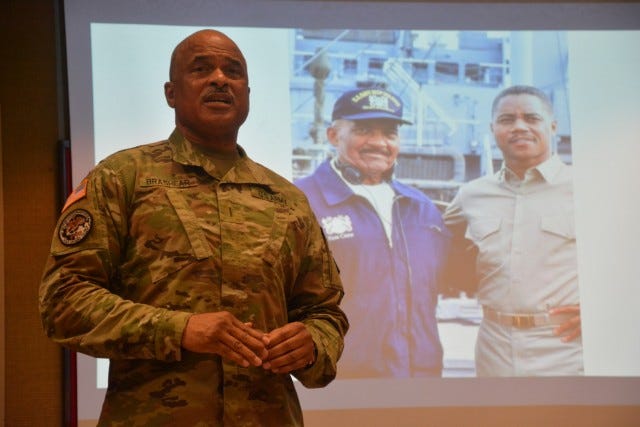 The theme for this year’s observance was “Honor, Remember, Inspire.”

Chief Warrant Officer 5 Phillip Brashear of the 80th Training Command, a U.S. Army Reserve unit based in Richmond, Virginia, served as the program’s guest speaker. Brashear is the third-born son of the late Navy Master Chief Petty Officer Carl Brashear, who is the subject of the well-renowned film "Men of Honor," and whose role is played by actor Cuba Gooding Jr. 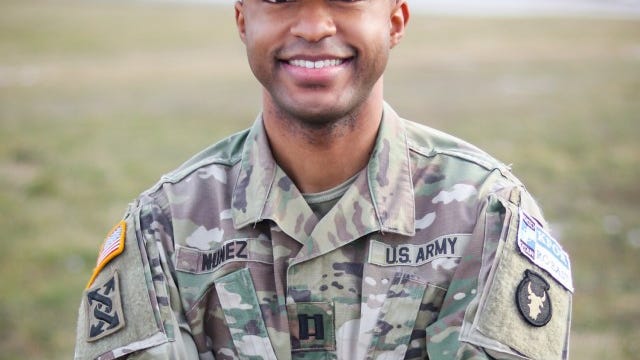 Phillip said he likes to share his father’s story in hopes of inspiring others to overcome all adversity.

Born in 1931 to a family of sharecroppers in Kentucky, Phillip said that his father faced many obstacles during his lifetime. But Carl refused to let them get in the way of setting out to accomplish what he believed God had intended for him.

With barely an eighth-grade level education, Carl enlisted in the Navy in 1948 at age 17.

“Race, poverty, and illiteracy were three things that my father had to face before he finally joined the Navy to try to do better in his life … three things still affect every country today,” Phillip said.