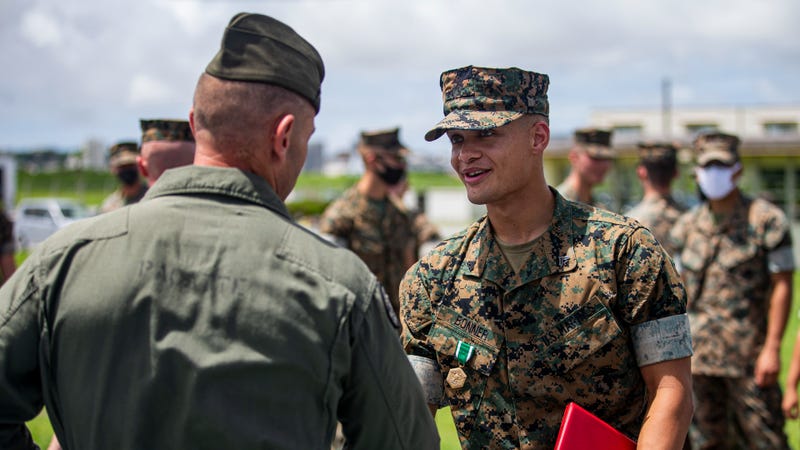 On the morning of April 4, U.S. Marine Corps Cpl. Dominick Bonner, quickly rushed to the aid of a local resident who was lying on the ground unresponsive.

Bonner, a native of Parkville, Maryland, was enjoying breakfast at a restaurant to celebrate his wife’s birthday when he was made aware of a restaurant employee who required medical attention. After entering the kitchen area and locating the man, lying motionless without a pulse, Bonner laid the man on his back and began chest compressions, taking over for a fatigued employee. Bonner continued to provide lifesaving aid for over ten minutes, sustaining the man’s life, until relieved by Japanese paramedics who evacuated the man to a local medical facility.

“I did what any Marine would have done,” said Bonner, a chemical, biological, radiological, and nuclear defense specialist with the 1st Marine Aircraft Wing. “It’s all about looking out for our fellow brothers and sisters of mankind. He needed help, and there was no way I was going to stand back and watch him die.”

With a formation of CBRN defense Marines standing at attention on MCAS Futenma, Gunnery Sgt. Joshua Malchow, the CBRN defense operations coordinator with the 1st MAW, read the award warrant which stated Bonner’s leadership, collected demeanor, acute observation skills, and decisive actions at the moment of crisis enabled the best on-scene care possible prior to the arrival of medical services. Through his prompt actions, determination and selfless dedication to duty, he was awarded a Navy and Marine Corps Commendation Medal on June 8. 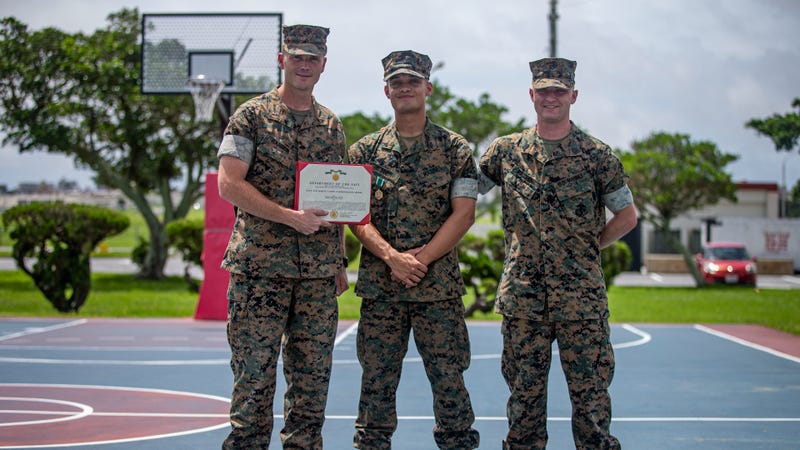 Bonner explained that he attributes his quick reaction and medical knowledge to the training he has received not only as a Marine, but as a CBRN defense specialist. He said that he believes diligence and attention to detail in the training environment could be the deciding factor in someone’s life, in combat or garrison.

“Cpl. Bonner is the kind of Marine you want by your side at all times,” said Gunnery Sgt. Joshua Malchow, the CBRN defense operations coordinator with the 1st MAW. “He is the definition of an outstanding noncommissioned officer, and the fact that he handled this situation the way he did doesn’t surprise me.”

Malchow, a native of Bay City, Michigan, explained that Bonner displayed honorable and selfless courage and acted just as any Marine would act in the situation. He said that it is crucial to not only take care of fellow service members, but to protect and serve our host-nation allies.

On a typical day, Bonner passes on the knowledge and experience he has learned in his career to junior Marines who are learning the CBRN defense specialist profession. He is currently teaching a hazardous material course to the new Marines in his unit to train them in their military occupational specialty.

“I encourage Marines and all service members to take their training to heart,” said Bonner. “You never know when you will encounter a situation where you will need to use it to save someone’s life. We are here to look out for our brothers and sisters of humanity.” 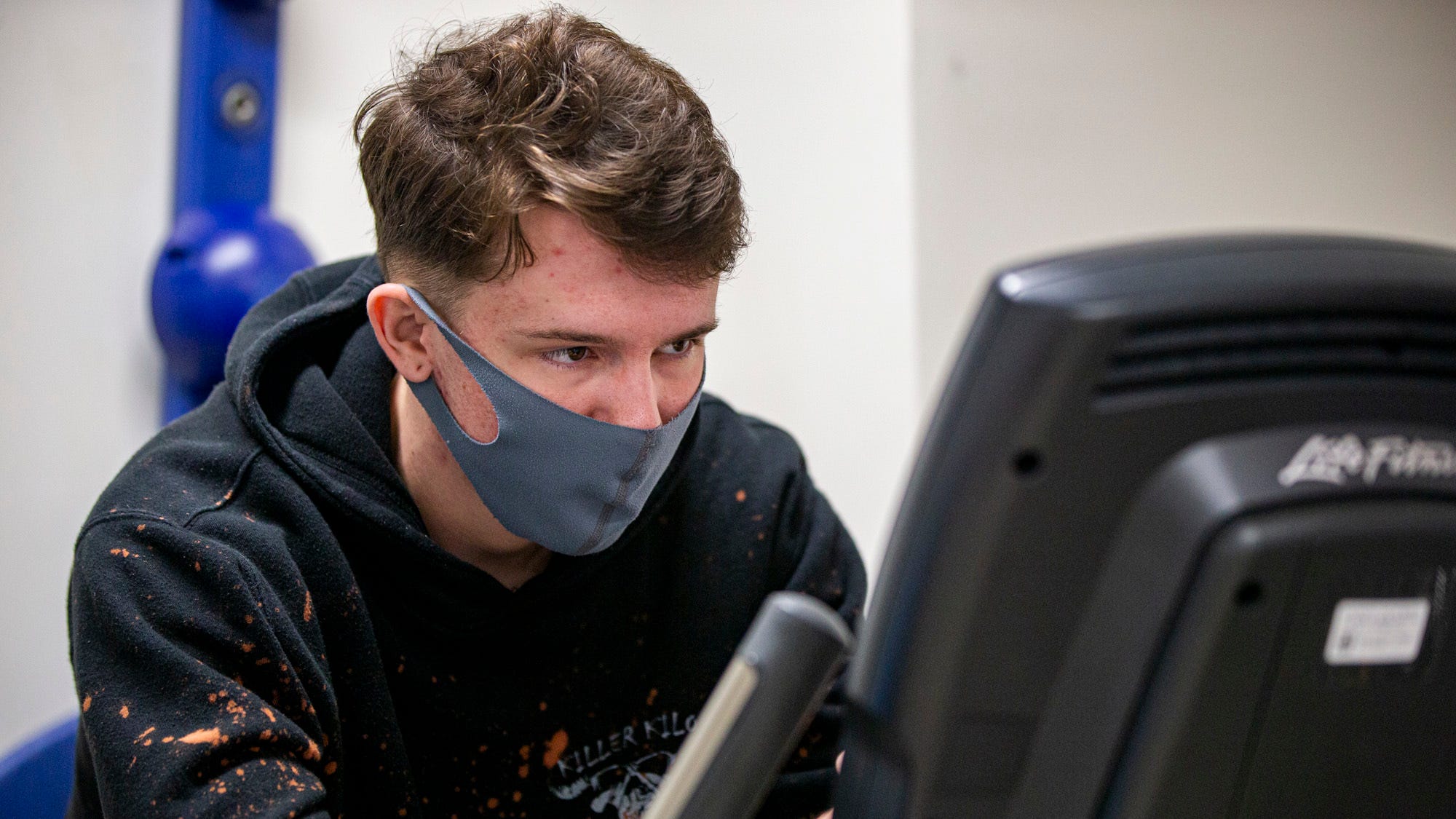 Marine's road to recovery comes one step at a time