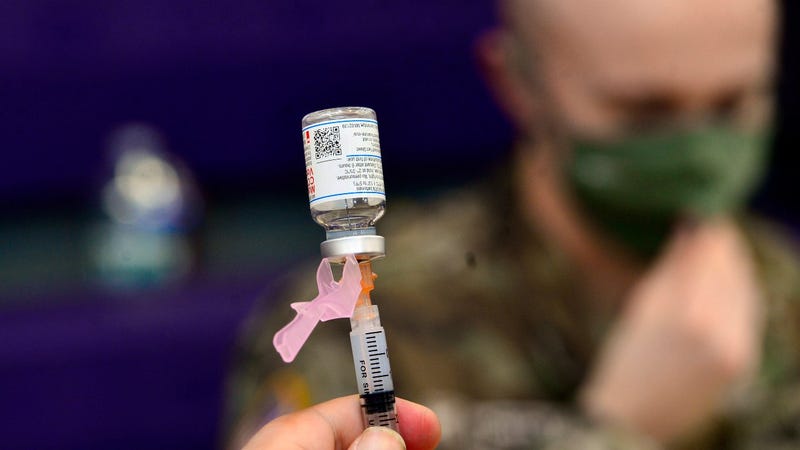 Spc. Brady McNeil, a radiologist with the Vermont Army National Guard, draws up a dose of the Moderna COVID-19 during a vaccination clinic at the Brattleboro Area Middle School, in Brattleboro, Vt. Photo credit Kristopher Radder/The Brattleboro Reformer via AP, File
By The Associated Press

More than 11,000 members of the Air National Guard and Reserve did not meet Thursday's deadline to get the COVID-19 vaccine, and could begin to face consequences if they don't get the mandated shots or receive an exemption.

Air Guard members who report for their monthly drill this weekend will be allowed to participate and will be paid — whether they are vaccinated or not, but those without shots will have the opportunity to get the vaccine when they report to their base, according to Air Force spokeswoman Ann Stefanek.

There are about 107,000 Air Guard members and 68,000 in the Reserves, and about 3,500 have received medical or administrative exemptions. The unvaccinated total, however, could be a bit lower than the data show so far. Officials have cautioned that the information for the Guard and Reserves may lag, as some of the citizen airmen could have gotten shots at local pharmacies and have not yet filed their data with the service.

“Unvaccinated Air National Guard members will report to duty for the drill weekend as usual,” Stefanek said. “Commanders will use this opportunity to educate their personnel on vaccination requirements and the consequences of not complying with the mandate.”

According to data released Friday by the Air Force, about 91.5% of the Guard and the same ratio of the Reserves have been vaccinated as of the deadline on Thursday. More than 5,800 are seeking a religious exemption, and those are in process. So far the service has not approved any religions exemptions. 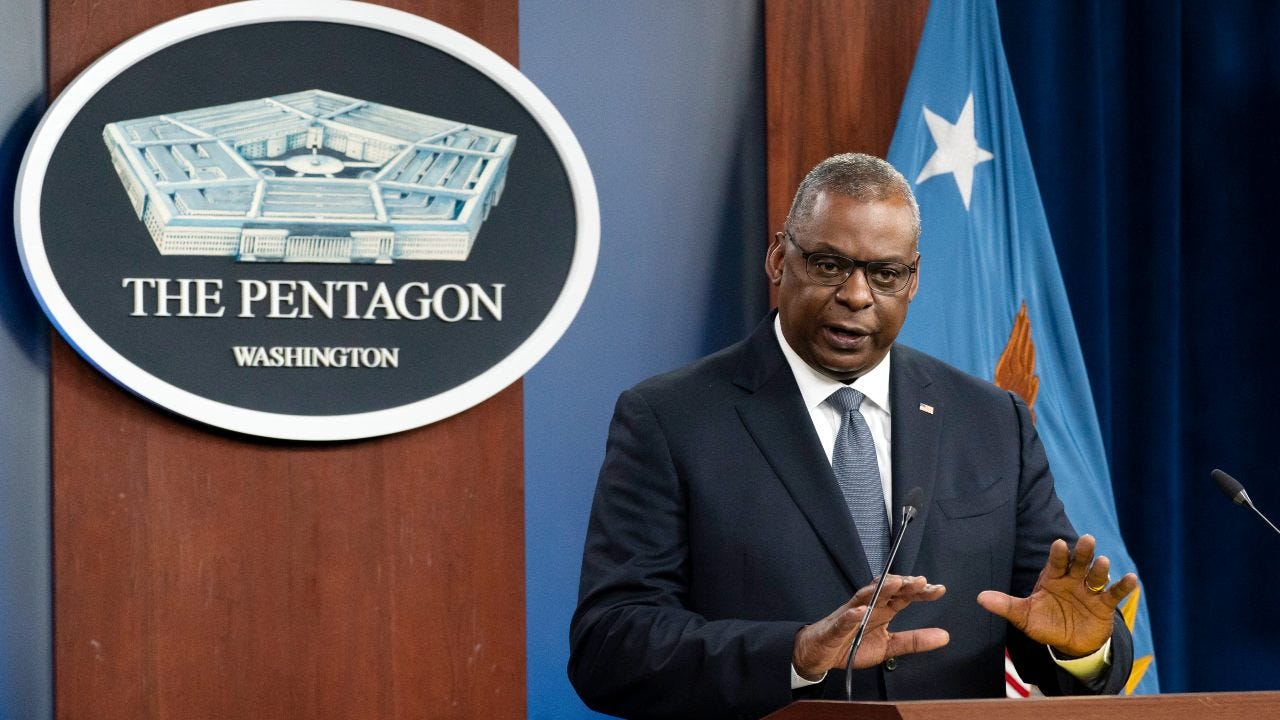 The Air Force deadline for its Guard members is the first. Army National Guard members have until next June to get vaccines, largely due to the much greater size of the force, which is spread out all around the country and may not go to major bases or installations as frequently as Air Guard members do.

Defense Secretary Lloyd Austin has made it clear that the vaccine is mandatory for the nation's Guard troops. In a memo earlier this week, he said that National Guard members who refuse COVID-19 vaccination will be barred from federally funded drills and training required to maintain their Guard status.

Those prohibitions, however, have not yet gone into effect. Austin said the military services have until next week to publish their official guidance on how to deal with Guard members who refuse the vaccine.

Austin said those Guard members who are not allowed to participate in drills due to their refusal to be vaccinated will not be paid by the Defense Department. And they will not receive credit that would count toward retirement and other federal benefits. Austin told the service leaders to implement that policy in coordination with the chief of the National Guard Bureau and the Pentagon’s top personnel officer. 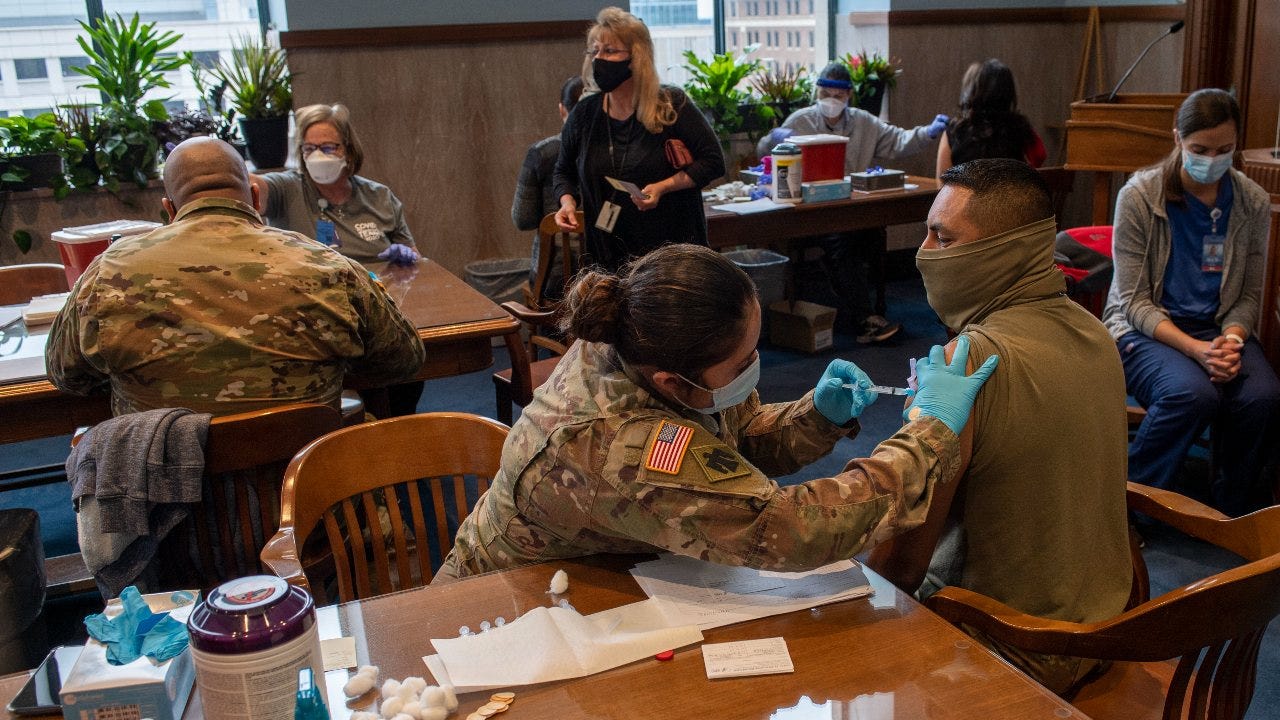 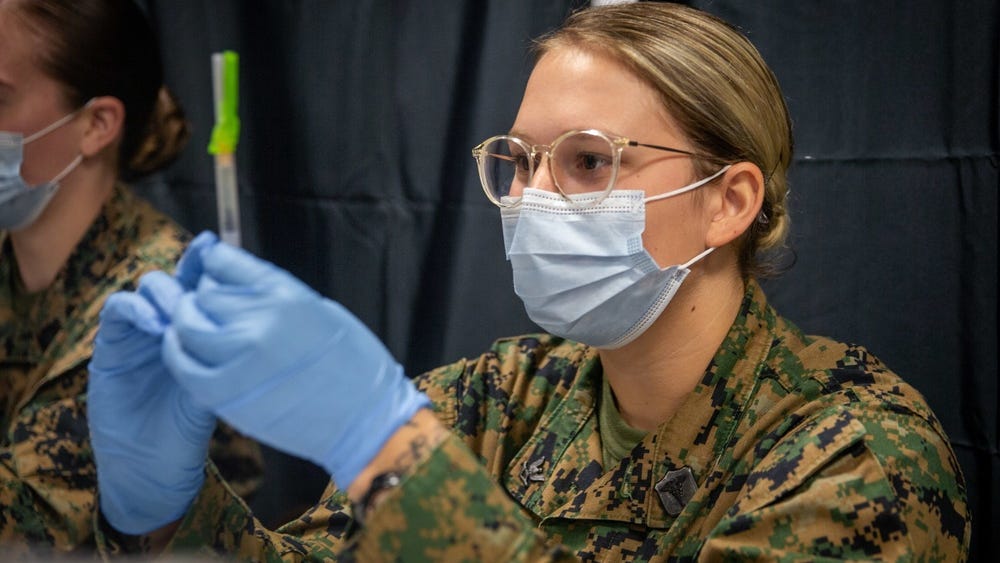 Army Secretary: Unvaccinated soldiers will be barred from reenlistment