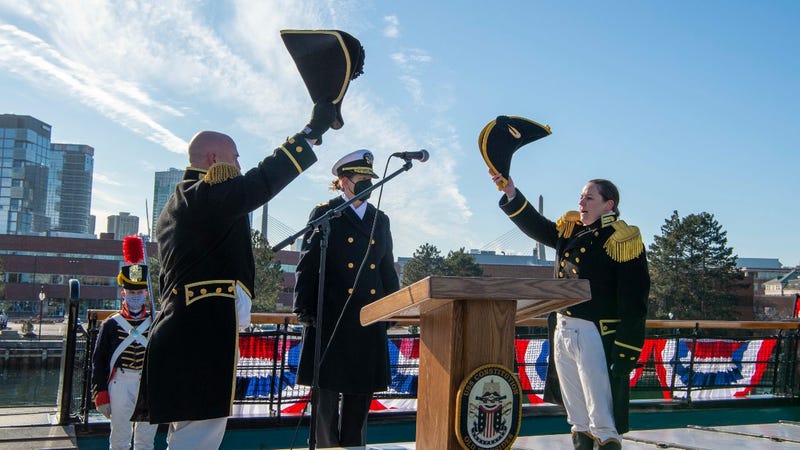 Cmdr. Billie J. Farrell renders a salute as she passes through Honor Side Boys during USS Constitution’s Change of Command ceremony. USS Constitution is the world’s oldest commissioned warship afloat, and played a crucial role in the Barbary Wars and the War of 1812, actively defending sea lanes from 1797 to 1855 Photo credit U.S. Navy/Mass Communication Specialist 3rd Class Alec Kramer
By Navy.mil

“There is a picture floating around of me standing next to this remarkable ship back in 1998,” said Farrell. “I could never have imagined that 24 years later that I’d be here today taking command of Old Ironsides. USS Constitution serves as a living piece of history. She can be visited and experienced firsthand, connecting us to those who had a vision of what this country and government would be. She is also a somber reminder of those service members that gave the ultimate sacrifice on her decks to create the nation we know today.”

She is a native of Paducah, Ky. and a graduate of the U.S. Naval Academy and the University of Arkansas. 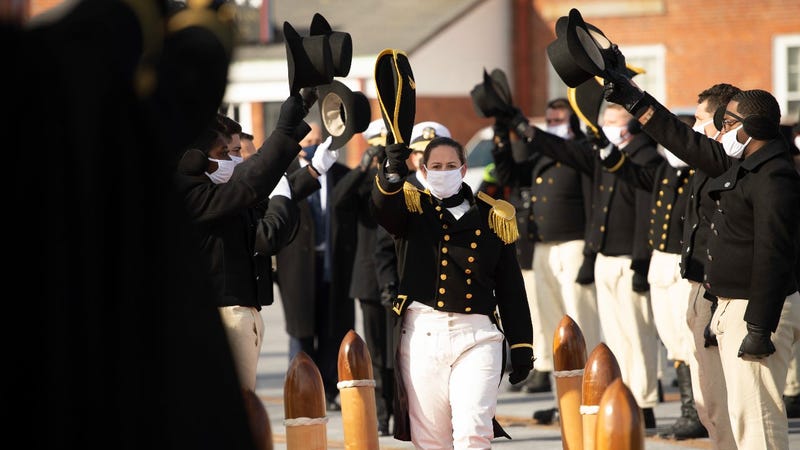 “I know the crew is in great hands with Commander Farrell,” said Benda. “This historic barrier is long overdue to be broken. I cannot think of a better candidate to serve as USS Constitution’s first female commanding officer. I look forward to watching what she and the crew accomplish in the next few years.”

He served as USS Constitution’s executive officer from 2017 to 2019 before taking command of Old Ironsides in 2019. 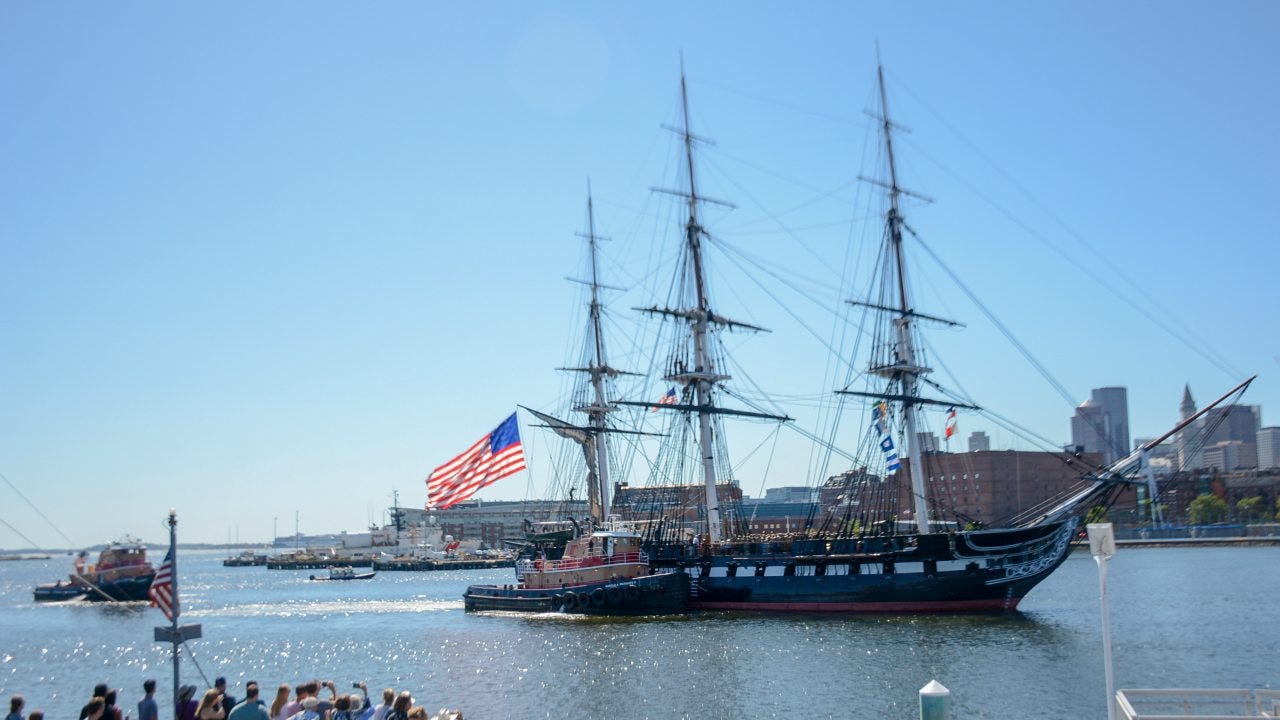 Benda’s next command will be teaching at the U.S. Naval War College in Newport, Rhode Island.

The first female commissioned officer to serve aboard USS Constitution was Lt. Cmdr. Claire V. Bloom, who served as executive officer and led the historic 1997 sail, the first time Old Ironsides sailed under her own power since 1881.

Today women comprise more than one third of the 80-person crew.

USS Constitution is the world’s oldest commissioned warship afloat and played a crucial role in the Barbary Wars and the War of 1812, actively defending sea lanes from 1797 to 1855. 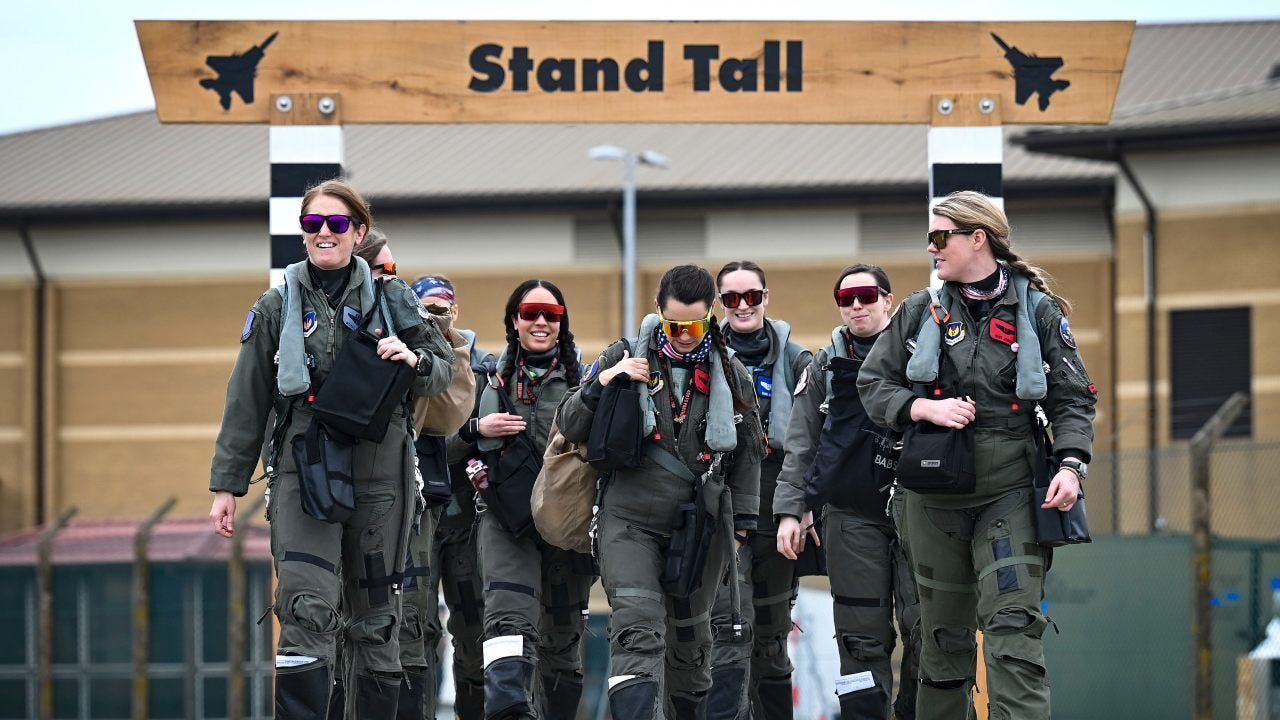 The active-duty Sailors stationed aboard USS Constitution provide free tours and offer public visitation as they support the ship’s mission of promoting the Navy’s history and maritime heritage and raising awareness of the importance of a sustained naval presence.

USS Constitution was undefeated in battle and destroyed or captured 33 opponents.

The ship earned the nickname of Old Ironsides during the war of 1812 when British cannonballs were seen bouncing off the ship’s wooden hull.