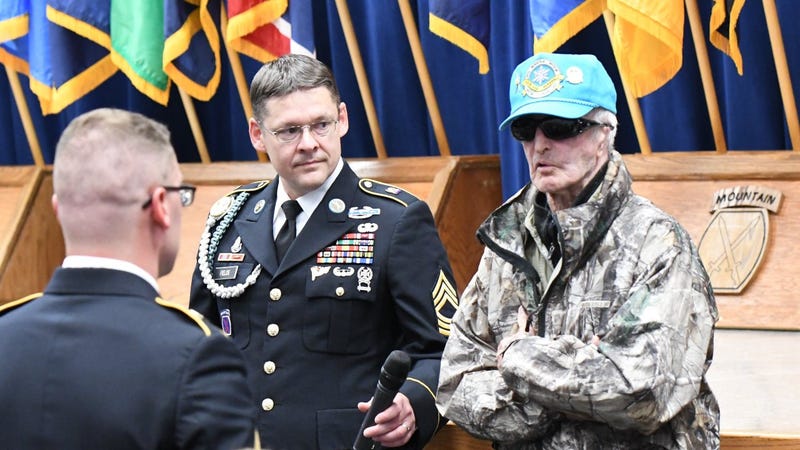 Dozens of 10th Mountain Division (LI) Soldiers entered the Multipurpose Auditorium on Sept. 29 to graduate from the Basic Leader Course, but they left with a little something more.

An appreciation for unit history, a sense of belonging and a shared bond with those who came before them – this was the graduation gift from Hilton LaBow, a 10th Mountain Division World War II veteran.

At 98, LaBow can still captivate an audience of young Soldiers with stories about what it was like to train on ridges 13,000 feet high at Camp Hale, Colorado, and then employ those tactics in the Apennine Mountains of Italy.

LaBow said the infantry training on snow and rock at Camp Hale was grueling enough, but the altitude was another challenge for service members – many of whom were elite athletes. Even the world champion boxer Joe Louis became winded during a special exhibition bout at camp.

“After two rounds, he was all tired out,” LaBow mused.

While acclimating to lower oxygen levels, LaBow learned to adapt to a training environment where temperatures could drop to 20 degrees below zero.

“We had good sleeping bags, and you could sleep even in 30-below (temperatures),” he said. “If you’re smart, you would put your boots in the outer bag. Otherwise, they would freeze. But one big advantage at that altitude was that the snow was dry. It wasn’t wet because there was no moisture, and that helped a lot.” 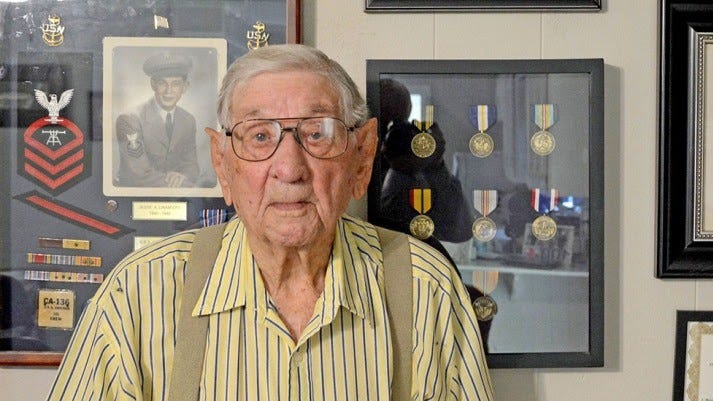 In late March 1944, the Division Series (D-Series) tested Soldiers’ ability to conduct combat operations in the mountains. When they weren’t conducting uphill hikes several hours at a time, Soldiers struggled with the physical effects of the blizzard conditions. Absent were the comforts of warm barracks and a hot meal to look forward to.

The three-week maneuvers were so arduous that many veterans said that they experienced less hardship in the war compared to the D-Series.

“It was hard training,” LaBow said. “But in the D-Series, your biggest problem was just staying warm.”

But it prepared LaBow, who was assigned to E Company, 85th Mountain Infantry Regiment, for the combat he experienced in Italy. He spoke proudly of the division’s nighttime attack on Riva Ridge and Mount Belvedere, where Soldiers made the climb without ammunition in their rifles to avoid accidental firing that would alert the enemy.

“They didn’t want anyone to fire a shot, so we had bayonets,” he said. “Didn’t want to warn them. And we never lost a position in a counterattack. That’s a pretty good record. And we kept going so they couldn’t reorganize. That was the whole point – keep moving.”

“Retreat was not in his vocabulary,” LaBow said. “I was a good shot, so that helped a lot. Whatever weapon we were using, there was a lot of practice to be a good shot.” 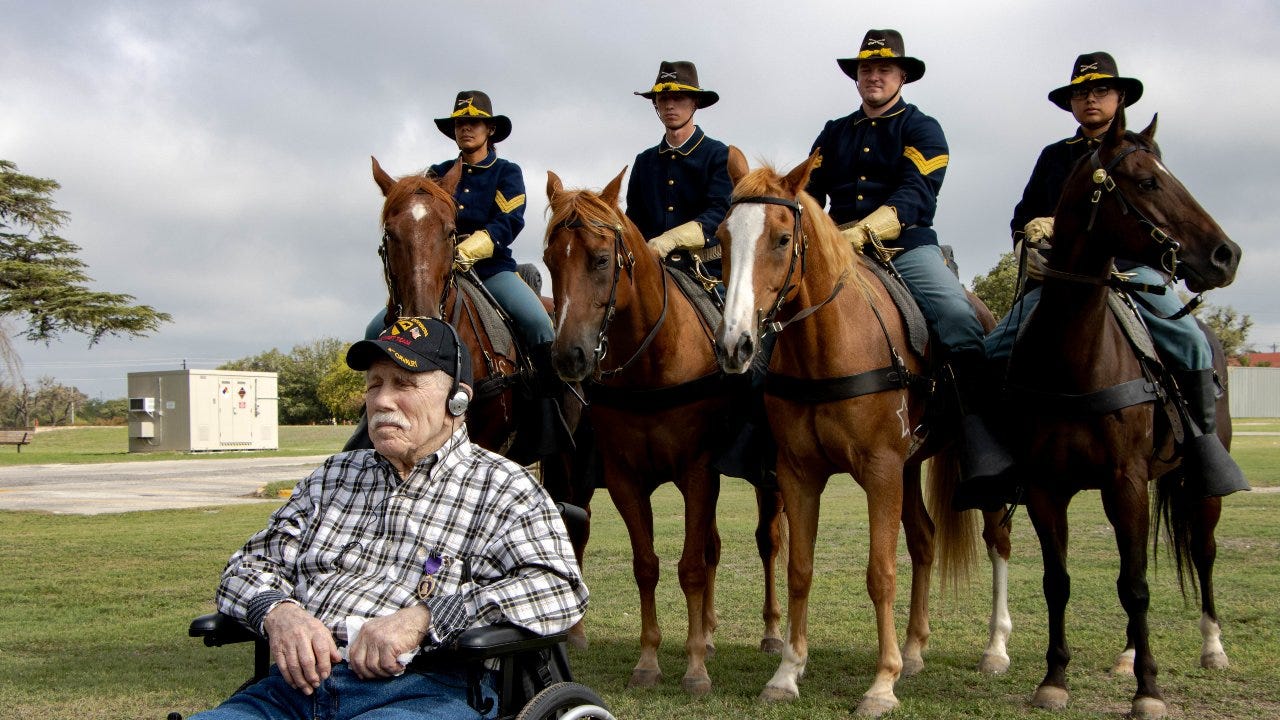 LaBow was shot in his left leg and was severely injured during the Po Valley campaign. The trajectory of the bullet was such that it moved upward and stopped short of his lower spine.

“The war was over for me then,” he said. “The bullet was a quarter inch away from my spine. That was lucky. It was a full-time job just staying alive.”

LaBow has spoken with 10th Mountain Division (LI) Soldiers on post at different occasions, but this was the first time he has participated in an NCOA graduation.

“I am proud of all you guys,” he said. “You are part of the 1 percent of the population who will do what you are doing – to keep everybody free. I congratulate all of you guys because you work hard to get where you are.”

During the Basic Leader Course graduation ceremony, LaBow shared the stage with the 10th Mountain Division (LI) Noncommissioned Officer Academy command team, to congratulate the future of the NCO Corps.

“You guys are pretty important,” he told the graduates. “It makes it a lot easier for the officers if they’ve got a good bunch of noncoms. It makes a difference.”

Master Sgt. Daniel Fields, deputy commandant of the Command Sgt. Maj. Southern “Buddy” Hewitt Noncommissioned Officer Academy, invited LaBow to speak to the graduating class to impress upon them how their unit history binds them together. 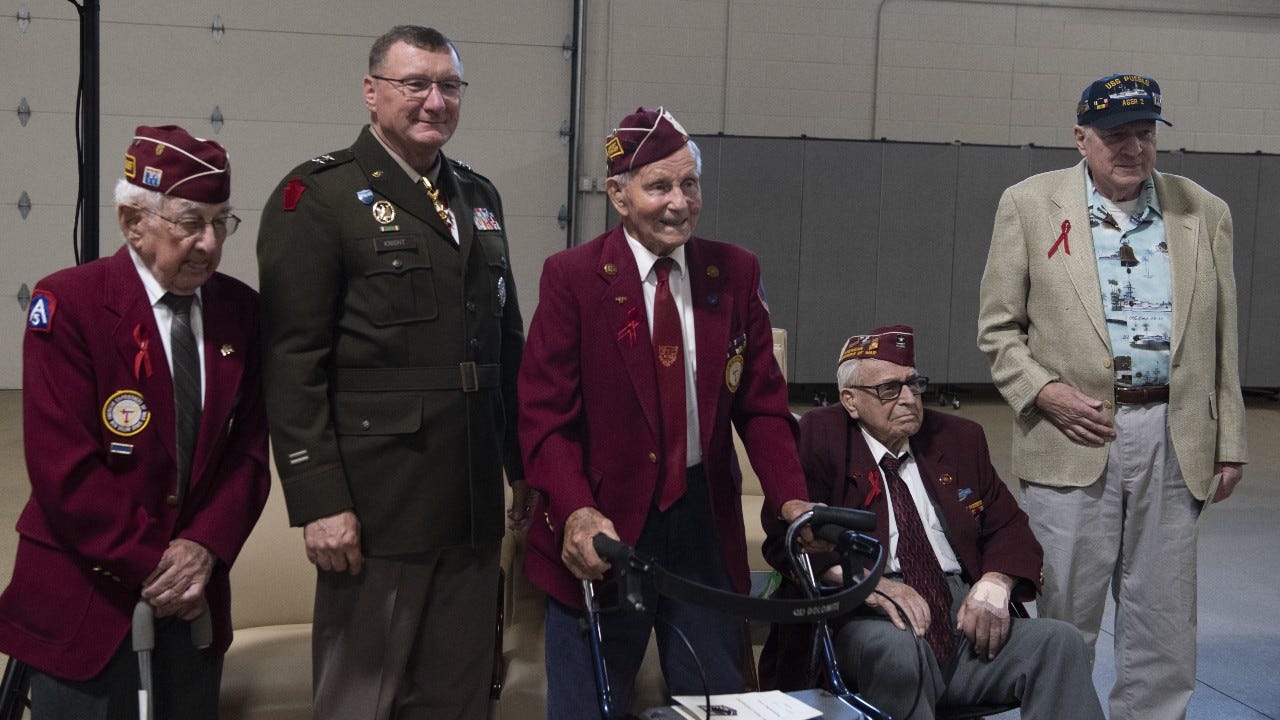 “One of the original mottos of the 10th Mountain Division was ‘Semper Avanti,’ which translates to ‘Always Forward,’” said Fields. “As history tends to repeat itself, I think it’s important to understand that in order to be successful in the future, we must fully understand our past. Mr. LaBow is an intrinsic link to our past.”

Whenever Fields sees a Soldier reading 10th Mountain Division history or looking at display cases at the NCOA, Clark Hall or Hays Hall, he is interested to hear their thoughts.

“Those displays are there as a reminder of where we came from, of those who came before us,” he said. “I use them as prompts to ask the Soldier questions to guide them to a better understanding of our division’s history.”

Fields had the opportunity to provide LaBow a tour of the NCOA after the graduation ceremony. The World War II veteran held a pair of boots and crampons similar to what he wore nearly 80 years ago and marveled at the copy of Life magazine he had never seen before, which featured a military mountaineer on the cover.

“It was an absolute honor to have the opportunity to host Mr. LaBow at the academy,” Fields said. “We discussed equipment used by our Alpine Warriors then and now and how relatively little that equipment has changed since it was originally developed by our mountaineer forebears at Camp Hale 80 years ago. We look forward to hosting him as our guest of honor on a more regular basis to tell his story to as many leaders as possible.” 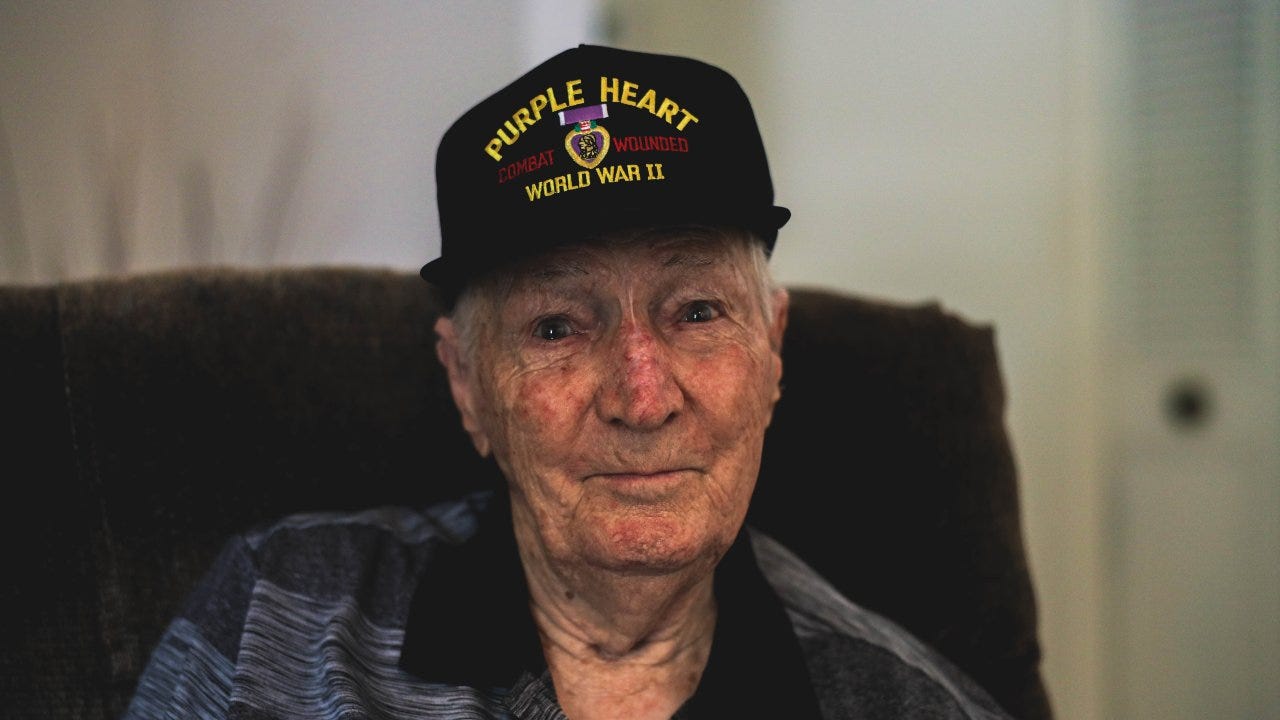