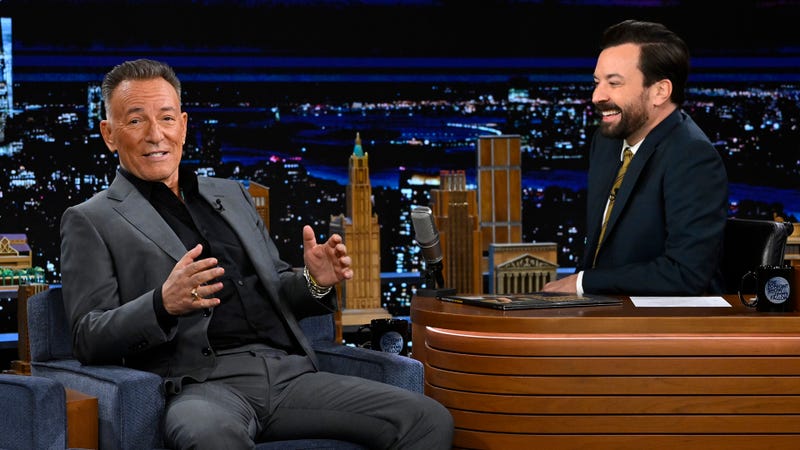 During his first "takeover" of The Tonight Show Starring Jimmy Fallon this week, Bruce Springsteen settled a few debates regarding rumors that have surfaced over his almost 60-year career.

Yes, at times over the years Bruce has slept with a guitar close by in case any musical ideas suddenly arise; No, he won't give you one of his guitars; and yes, since he and Taylor Swift will be touring at the same time, he'll definitely be making an appearance, "because my daughter is gonna make sure I will be at the Taylor Swift show."

Perhaps most importantly though, Bruce had a great reaction to actor Alfonso Ribeiro's claim that his own famous 'Carlton dance' was inspired by Bruce and Courteney Cox's arms-asway stage frolicking in his "Dancing in the Dark" music video. After being shown a side-by-side comparison, Springsteen admits humbly, "Well, my dancing is pretty embarrassing," with a tongue-in-cheek laugh. "My kids kill me on it," he adds. "It's my 'New Jersey Shuffle,' I guess... that was all I knew. But it does look like it has some influence."

Also during their chat, Springsteen managed to confuse Fallon over the lyrics to his hit "Thunder Road" even more than he was before asking the question. "This record is almost 50 years old. Fifty years ago, I was a sociopath, I was insane about every single detail that had anything to do with music, my album, my album cover, my lyrics," he said before opening up the record sleeve and correcting himself on the printed lyrics. Watch Jimmy and Bruce above for more.

'The Boss,' who just released his latest album, Only the Strong Survive, full of soulful classic covers, will return to The Tonight Show for two more nights this week -- November 15 and 16 -- as well as next week for a special Thanksgiving episode on November 24. Bruce and his famed E Street Band will also hit the road in February 2023 on a global reunion tour, their first live trek together since 2017. Tickets are on sale now. 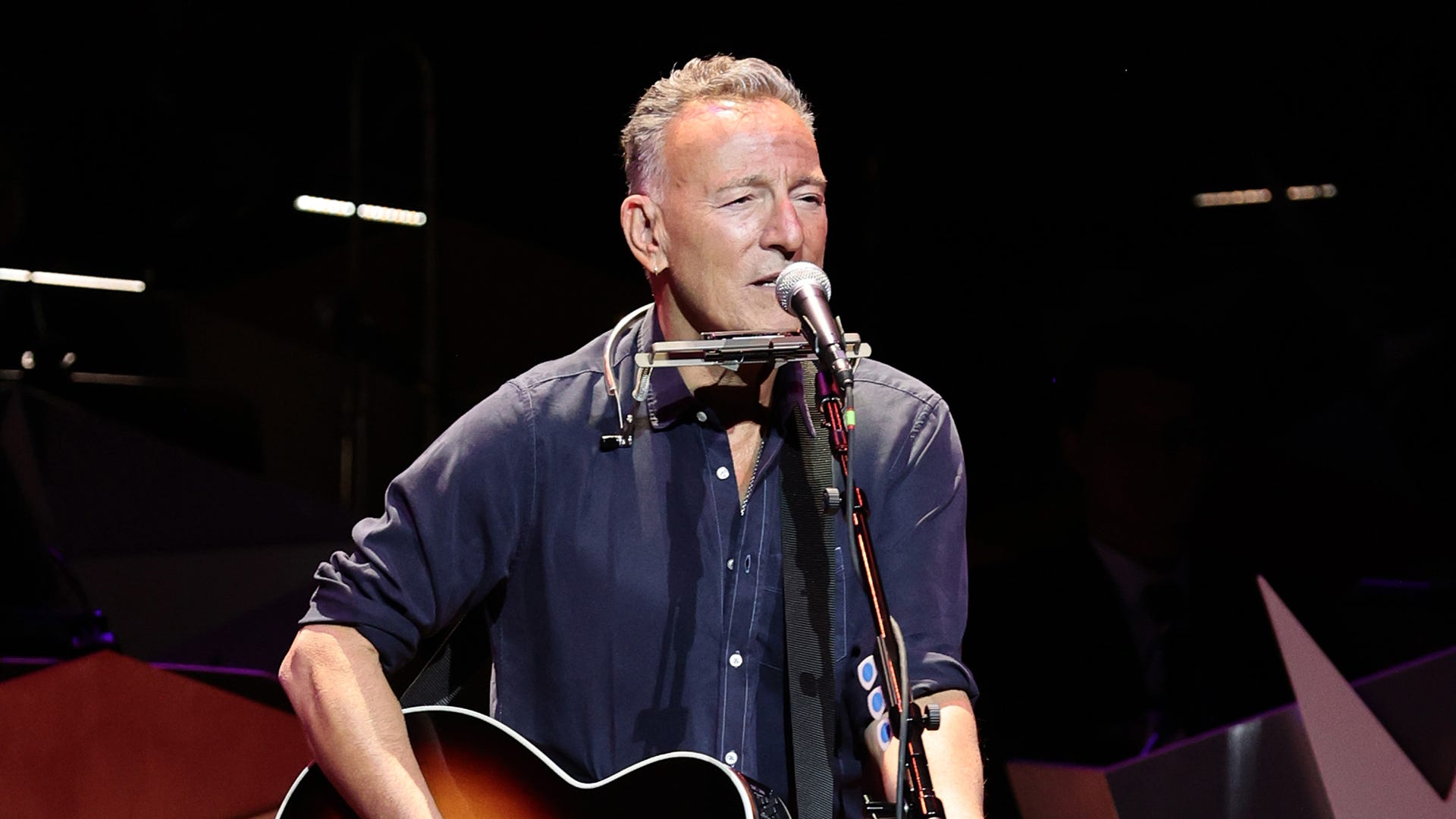 Browse and follow more of Audacy's all-new stations like Bruce Springsteen Radio, 80s Guitar, Rock N’ Road, Freedom Rock, The Canyon, Arena Rock, Wake Up and Rock, and The Roots of Rock for those who crave the early days.