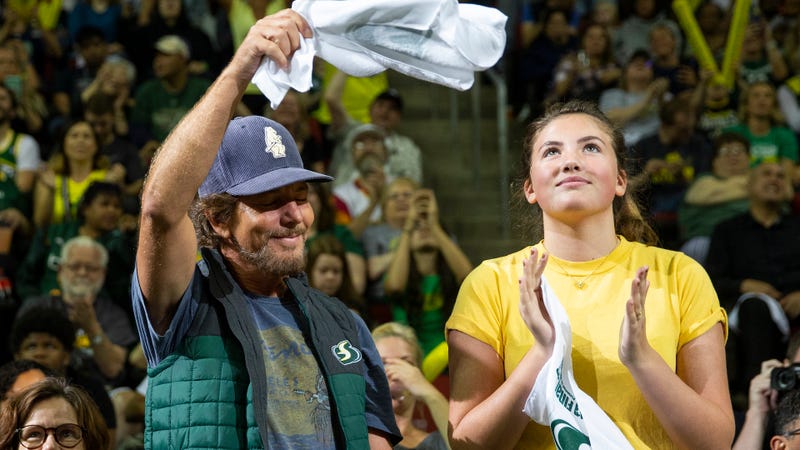 The trailer for the upcoming Sean Penn directed drama, Flag Day, was released and featured a surprise musical appearance from Olivia Vedder.

The trailer features the song “My Father’s Daughter,” which was written by Eddie Vedder and Glen Hansard as Olivia provided the vocals to the track. The film features a 13-song soundtrack with new music from the Vedder’s, as well as Hansard and Cat Power.

Flag Day is somewhat of a family affair as the film stars both Sean Penn and his daughter Dylan Penn. According to an MGM synopsis, the movie is “an intimate family portrait about a young woman who struggles to rise above the wreckage of her past while reconciling the inescapable bond between a daughter and her father.”

The film also marks the return of the working relationship between Eddie Vedder and Sean Penn as the two previously collaborated on the 2007 film Into The Wild.

Penn directed Into The Wild while Vedder provided the 11-song soundtrack. The song “Hard Sun” wound up peaking at number 13 on the Modern Rock charts while Vedder ended up winning a Golden Globe Award for the song “Guaranteed.” At the 2009 GRAMMY Awards, Vedder received a Best Rock Vocal Performance, Solo nomination for the song “Rise.”