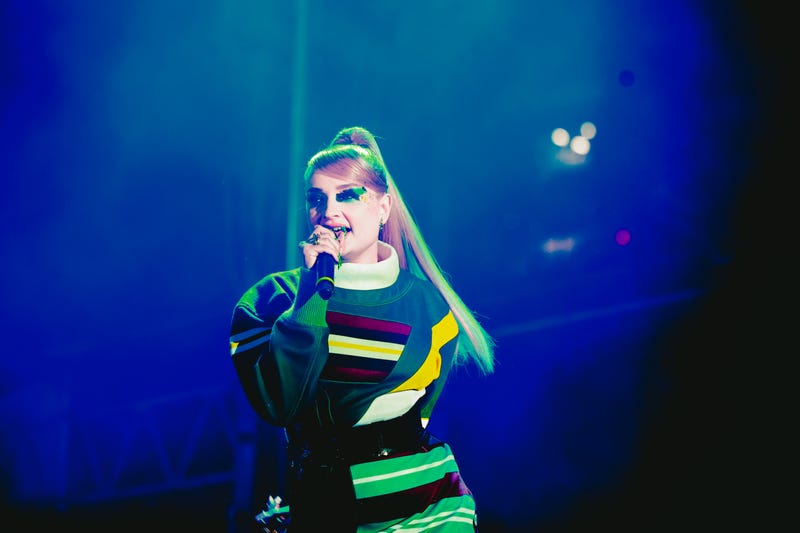 Kim Petras is making music for everyone. And if you're singing the words "I want all my close designer," or "I'm the bi*** with the sauce apparently" at one of Petras' live shows, you're just there to be "whatever you want to be."

In conversation with Audacy’s Shira Lazar and Ryan Mitchell, on Audacy's Channel Q, Kim spoke about gearing up to unleash her forthcoming project, while also taking a look at how her music is not only about being a transgender artist.

During the downtime we all had in 2020, Petras was busy chipping away at a new album, and making music that would further her Popstar and gay icon status. She even feels that it is some of her best work yet.

Kim is releasing some of her new music very soon but at the same time the “Heart to Break” singer is also starting to get ready to shoot new music videos and perform live at Lollapalooza. As someone who loves being busy, Kim says, “I’m someone who doesn’t know how to chill… I’m so happy that I’m finally busy again. I’m totally in my element.”

Since releasing Clarity, her first full-length project in 2019, fans have been particularly antsy to receive new music from the “WOO-AH” queen herself. The artist explains that she plans to perform her music during her set at Lollapalooza, one of the first few festivals to remerge this summer as we inch closer to a post-pandemic world.

Growing up in Germany, Kim says she’s always been inspired by the more out-there dance music tracks, plus she explains that she always wanted to be a raver growing up. Her new project will be a reflection of what she was raised on and a “return” to “euro music,” as Petras puts it.

Kim says she is making the kind of music now that she was “dying to see” when she was a teenager in Germany. Digging back into old playlists during lockdown, Petras was inspired by her teenage years in Europe and tried to make an album that encapsulates the European dance music scene of her adolescence.

This month, Petras graced the cover of Glamour UK and discussed her pride for being a trans woman while also noting how her music transcends her identity. The singer firmly states that she is an artist, not just a gender.