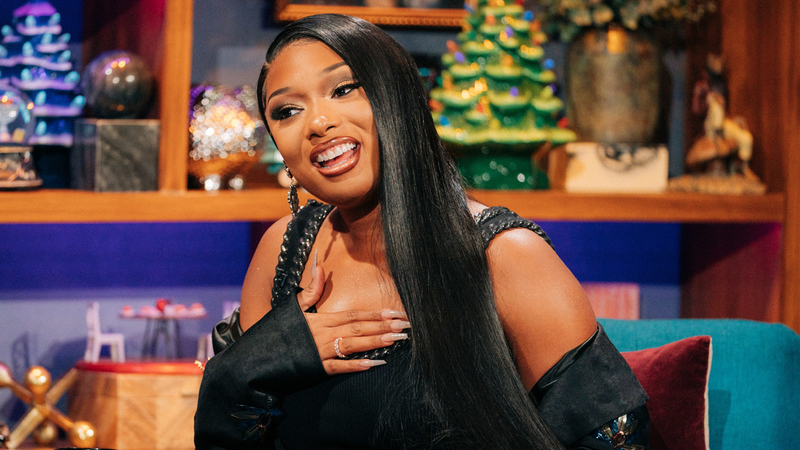 No doubt about it, Megan Thee Stallion is always there for her Hotties.

And on Tuesday she proved just how much. Shared on Twitter by @Selenachichis the Houston rapper was informed of the unfortunate news that last week a Hottie named Shaniah had passed away unexpectedly, and that her family was struggling to cover the funeral costs.

Seeking some much-needed assistance from Megan, the tweet read - “Meg we lost a hottie 😭 our best friend passed away unexpectedly,” Selena wrote. “They absolutely loved you, listening to ur songs was something we did every time we were together. We’re helping their family w funeral costs. We started a gofundme & are halfway there. @theestallion.”

As detailed in the tweet, at the time, the GoFundMe campaign had raised half of the needed $16,000 for the funeral, so after inquiring how much additional money was needed, Meg stepped up to close the gap with an $8,155 donation, which she made under her given name: Megan Pete.

Praising Megan’s generosity, Selena replied: “Y’all better RIDE for @theestallion if you weren’t already. And went on to say, “Shaniah is in heaven freaking the f*** out right now,” Selena added. “The realest out there. I’m still in shock. Omg what a blessing. Also for anyone sending us love, I appreciate you. It’s overwhelming I’m gonna try and get back to u!”

Y’all better RIDE for @theestallion if you weren’t already. Shaniah is in heaven freaking the fuck out right now. The realest out there. I’m still in shock. Omg what a blessing. Also for anyone sending us love, I appreciate you. It’s overwhelming im gonna try and get back to u!

With Meg’s contribution, the goal was met and continues to slowly rise, with a current standing of $16,170 raised.

YOU GUYS I CANT BELIEVE THIS!! WE HIT THE GOAL😭😭😭 @theestallion THANK YOU SO MUCH FOR HELPING THEIR FAMILY! THANK YOU SO MUCH EVERYONE! EVERY SINGLE ONE OF YOU!! FROM THE BOTTOM OF OUR HEARTS!!! I AM CRYING SO FULL OF EMOTIONS💜💜💜💜