One principal is going above and beyond for his students.

Henry Darby, a principal at North Charleston High School in South Carolina, has gone viral for giving back to his community.

Darby was inspired to start a part-time job at Walmart to help the students in need.

Once he wraps up the school day, Darby works three overnight shifts at the retailer stocking shelves from 10 p.m. to 7 a.m. 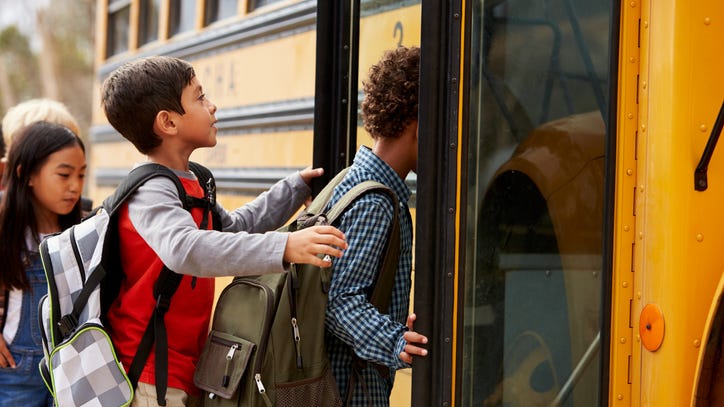 Principal fills in as school bus driver during COVID-19 shortages: 'You help where you need to'

"I was taught if your hands find something to do, do it. So I came to myself and said, 'Perhaps I need another job in terms of part-time,'" he said.

His good deed has not gone unnoticed.

The community calls him a “guardian angel.” And people from all over the world were so touched, they’ve donated almost $100,000.

Walmart even got wind of his remarkable contribution and donated $50,000 to the high school.

A high school principal in North Charleston, South Carolina has gone viral for taking on an extra overnight job at Walmart to help his students in need. @craigmelvin introduces us to Henry Darby, and Walmart presents a surprise donation of $50,000 to his school. pic.twitter.com/w8WToo9RCa

But despite the donations, Darby says he will continue to work.

"I would be doing disservice to Walmart if I quit now because Walmart gave me an opportunity to work and help students, and now that we have dollars, I don’t want to take the money and run. Morally and ethically, it wouldn’t be the right thing to do,” he explained.