Alex Cora saw plenty of Adrian Beltre when he was a player.

He might be watching the next Beltre as a manager.

Boston Red Sox star Rafael Devers has cemented himself as one of the top third basemen in the game right now. Among the most electric hitters in the game, Devers has taken strides defensively and become far less of a roller coaster at his position. Now, he’s an indispensable part of Boston’s present and, if contract negotiations work out, future.

At just 25, Devers likely hasn’t even hit his prime yet. But the returns thus far have been so promising that he’s drawing comparisons to the Texas Rangers legend, who had a brief stop with the Sox in 2010.

Cora, who was teammates with Beltre on the Los Angeles Dodgers, was asked about Manny Ramirez saying he could see some David Ortiz in Rafael Devers. The Red Sox manager went a different direction.

“I see a lot of Adrian Beltre in Rafael Devers, and Adrian Beltre became one of the greatest third basemen in the big leagues," Cora said Wednesday in his weekly interview on WEEI's "Merloni, Fauria and Mego". "I played with Adrian in 1998, his first full season was 1999 and he made 30 errors, but he hit, you could see. I think if you start comparing the numbers, Raffy, offensively, is way ahead of Adrian (at this stage). And the defense, well, we got to the point this year where Raffy is, what, a plus-two or plus-three defender at third base. I can see the David comparison because of Fenway and hitting the ball the other way. I think David controlled the zone a little better, but we don't want Raffy to be too conscious about not swinging, but I see more Beltre in Raffy then actually David."

Ironically, it wasn’t until his age-25 season that Beltre truly became the player we will always remember him as. It was in that 2004 campaign that he parked a career-high 48 homers as he earned his first Silver Slugger and finished second in MVP voting. Three years later, he won his first Gold Glove. After stints with the Dodgers, Seattle Mariners and Red Sox, he landed with the Rangers, where he had the most productive years of his career.

Cora was finding his way in the big leagues on the Dodgers at the same time as Beltre, so if there’s anyone who could really see the parallels between Beltre and Devers at this point in his career, it’s Cora. 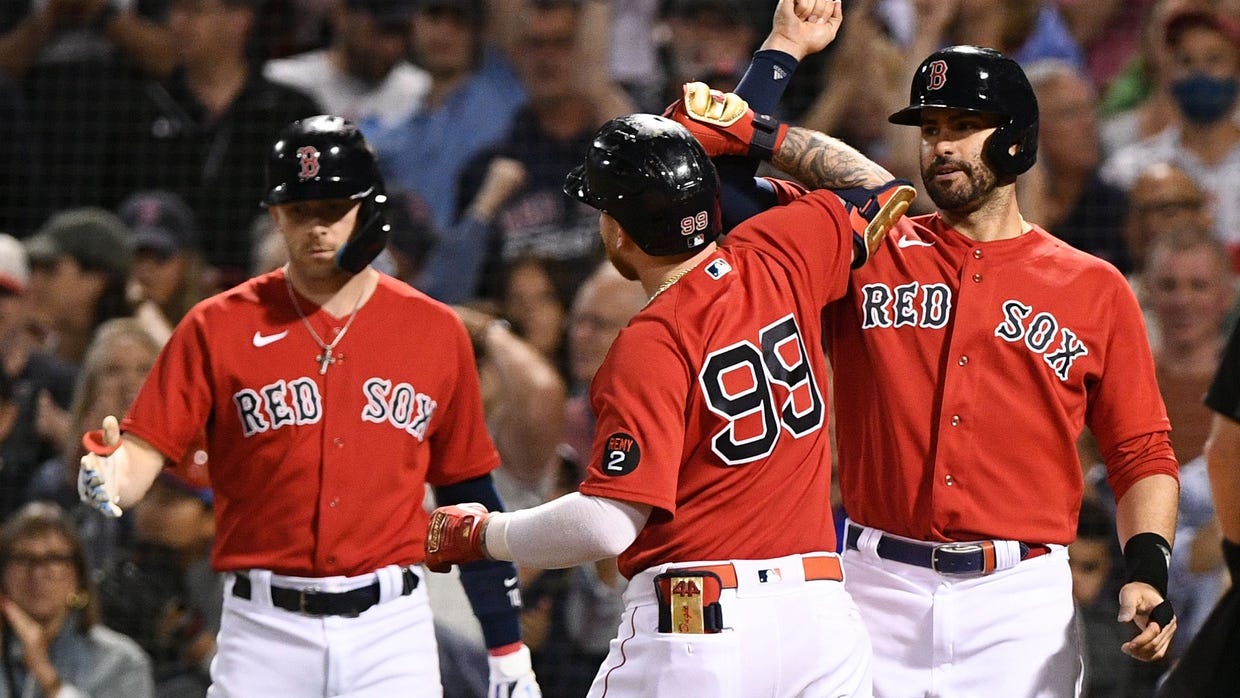