As we barrel into Thanksgiving Week, two things are apparent in this NFL season, based on these projections: The NFC playoff picture looks pretty set, while the AFC playoff picture is in constant flux, with different teams occupying the No. 6 and No. 7 seeds almost every week. And as we all know, playoff excitement starts at the bottom of the bracket. I mean, how fun is it to check these things every week, to see what crazy reason I used to justify the Jets being the playoffs (spoiler alert, they are not in this week). Meanwhile in the NFC, it feels like we are just counting down to the inevitable unless there is a team currently on the outside looking in that wants to crash this party like they’re that one uncle showing up to dinner on Thursday.

While 14 teams will make the playoffs, only one of them can win the whole thing (duh) which means for the other 13, something is going to screw them up and cause them to spend all spring and summer pondering what could have been. So this week, I will attempt to identify the thing that will do in each team and cause them to lose in the playoffs, leaving you to worry and hope that said thing will not rear its ugly head in January or February.

1 Seed: Kansas City Chiefs (14-3) AFC West Winner
What Will Do Them In: Kicking, I guess? Fact is, the Chiefs are kind of good at everything, so trying to find something wrong with them is like trying to get that one cousin who owes you money to pay up on Thursday: a fruitless endeavor. Harrison Butker is making only 72% of his kicks, so there is a 28% chance Chiefs fans will cry themselves to sleep after a missed field goal ends their season.

2 Seed: Tennessee Titans (12-5) AFC South Winner
What Will Do Them In: Your quarterback is Ryan Tannehill. You know what you signed up for if you’re a Titans fan. This is the deal you made, so honor it.

3 Seed: Miami Dolphins (12-5) AFC East Winner
What Will Do Them In: Not getting off the field on third down. Every drive is important in the postseason, and the Dolphins are allowed opposing teams to convert 44% of third-down attempts, seventh-worst in the league, or slightly worse than the Jacksonville Jaguars. You never want to be on the business end of a “worse than the Jacksonville Jaguars” sentence.

4 Seed: Baltimore Ravens (12-5) AFC South Winner
What Will Do Them In: Lack of a vertical game. Sure, Lamar Jackson can run the football, but the Ravens’ passing game has been mired in mediocrity, and mediocrity in the passing game does not a Super Bowl run make. Except that one time.

5 Seed: Buffalo Bills (12-5)
What Will Do Them In: Turnovers. Josh Allen is giving the ball up too much, and that is why despite having one of the best secondaries in the league, the Bills’ turnover margin is at zero. If the Bills lose, it will be because Allen connected one too many times with a guy who wears a not Bills jersey.

6 Seed: New England Patriots (9-8)
What Will Do Them In: Lack of scoring. Throw all the fancy analytics away on this one, fact is scoring is how you win in the postseason. And while the Pats’ 21 points per game is higher than say the Titans or Giants, teams with weak passing games like the Pats, those teams can at least run the ball, something the Pats are not as good at doing.

7 Seed: Cincinnati Bengals (9-8)
What Will Do Them In: Short field. The Bengals are the second worst punting team in the league behind the Patriots, averaging just over 43 yards per punt. That is playing a big role in why they have the seventh-worst average starting field position on defense (starting at their opponents’ 29).

1 Seed: Philadelphia Eagles (14-3) NFC East Winner
What Will Do Them In: The offense being on the sideline. What did the Commanders do the other week and the Colts do this past week? They won the time of possession battle over the Eagles. The fact is, the Eagles vaunted offense is powerless on the sideline. All a team has to do is keep it there. Totally simple, I could be a head coach.

2 Seed: Minnesota Vikings 12-5 NFC North Winner
What Will Do Them In: Playing a good team. Beating the good teams like the Bills in the regular season is not the same as doing it in the postseason. The Vikings have barely skated by with a soft schedule, and that does not inspire confidence when the games get tougher.

3 Seed: San Francisco 49ers (11-6) NFC West Winner
What Will Do Them In: The quarterback. Yes, Jimmy Garoppolo has been playing well lately, but we all know that this team will only go so far provided he limits mistakes. If Jimmy G can play JUST LIKE HE HAS the last few weeks for the rest of the season, you have nothing to worry about 49ers fans. Why are you so nervous all the sudden?

4 Seed: Tampa Bay Buccaneers (10-7) NFC South Winner
What Will Do Them In: Lack of a blocking. It is no one’s fault that the offensive line in Tampa is held together with paper clips and gum. But teams won’t care as they tee off on Tom “I Can Totally Do This Until I’m 50” Brady.

5 Seed: Dallas Cowboys (13-4)
What Will Do Them In: Jerry Jones’ hubris. The man does a lot of talking for someone whose team hasn’t won a road playoff game in my lifetime. One way or another, the Cowboys will find a way to keep the disappointments in January going.

6 Seed: Seattle Seahawks (11-6)
What Will Do Them In: Teams that can control the clock. Like the Dolphins, the Seahawks can struggle to get opposing offenses off the field on 3rd down, and that is part of why they average the 5th longest opposing drives (about 3 minutes).

7 Seed: New York Giants (10-7)
What Will Do Them In: A good team. Like the Vikings, the Giants are a surprising yet somewhat flawed team that has benefitted from a soft regular season schedule. A team that can run but not throw is going to struggle to find wins on the road in January.

(3) Dolphins over (6) Patriots
The Dolphins beating the Patriots in the playoffs feels totally normal when the rest of society is slowly collapsing around us in ultra-slow-motion.

(5) Bills over (4) Ravens
The Ravens pass defense has gotten better, which will help, but this is going to be a game where the Bills flex their own defensive might in a shutdown win.

(7) Bengals over (2) Titans
Why not a repeat of what happened last year? Let’s send the Titans into a full on panic this offseason.

(2) Vikings over (7) Giants
This game will either see four lead changes in the final five minutes or the Vikings will just blow the Giants out. Not sure which yet.

(3) 49ers over (6) Seahawks
The crowd at Levi’s Stadium does everything to prove it is not the lame, lifeless snooze-fest detractors of the stadium want it to be as the 49ers get one of the most memorable home playoff wins ever.

(5) Cowboys over (4) Bucs
Last week I didn’t want to believe the Cowboys could beat the Bucs on the road. Then they put 40 on the Vikings and so now I’m warming up to the idea.

(1) Chiefs over (5) Bills
The Bills won the first matchup this season on an interception. The Chiefs return the favor here.

(3) Dolphins over (7) Bengals
Tua-mania breaks Twitter, or Mastodon, or Chipmunk, or whatever animal based social platform we are on that week.

(1) Eagles over (5) Cowboys
Beating a healthy Eagles offense in frigid Philly is a lot harder than beating a broken Bucs offense in sunny Tampa.

(3) 49ers over (2) Vikings
Kyle Shanahan spends the week leading up to this game asking if he is happy he did not wait for Kirk Cousins. He spends the week after this game still answering the same question. It’s lose-lose for him.

(1) Chiefs over (3) Dolphins
This one is closer than we ever thought it could be and to be honest, would you be shocked if the Dolphins made a Bengals-like run to the Super Bowl this year? Oh, you would? Fair enough.

(1) Eagles over (3) 49ers
We still are not sure how the 49ers will hold up against a running quarterback, which they traditionally have not done well with. Until I see differently, sadness awaits The Faithful (sorry!)

(1) Chiefs over (1) Eagles
I wonder how Eagles fans would handle losing to Andy Reid? My guess is not too well. 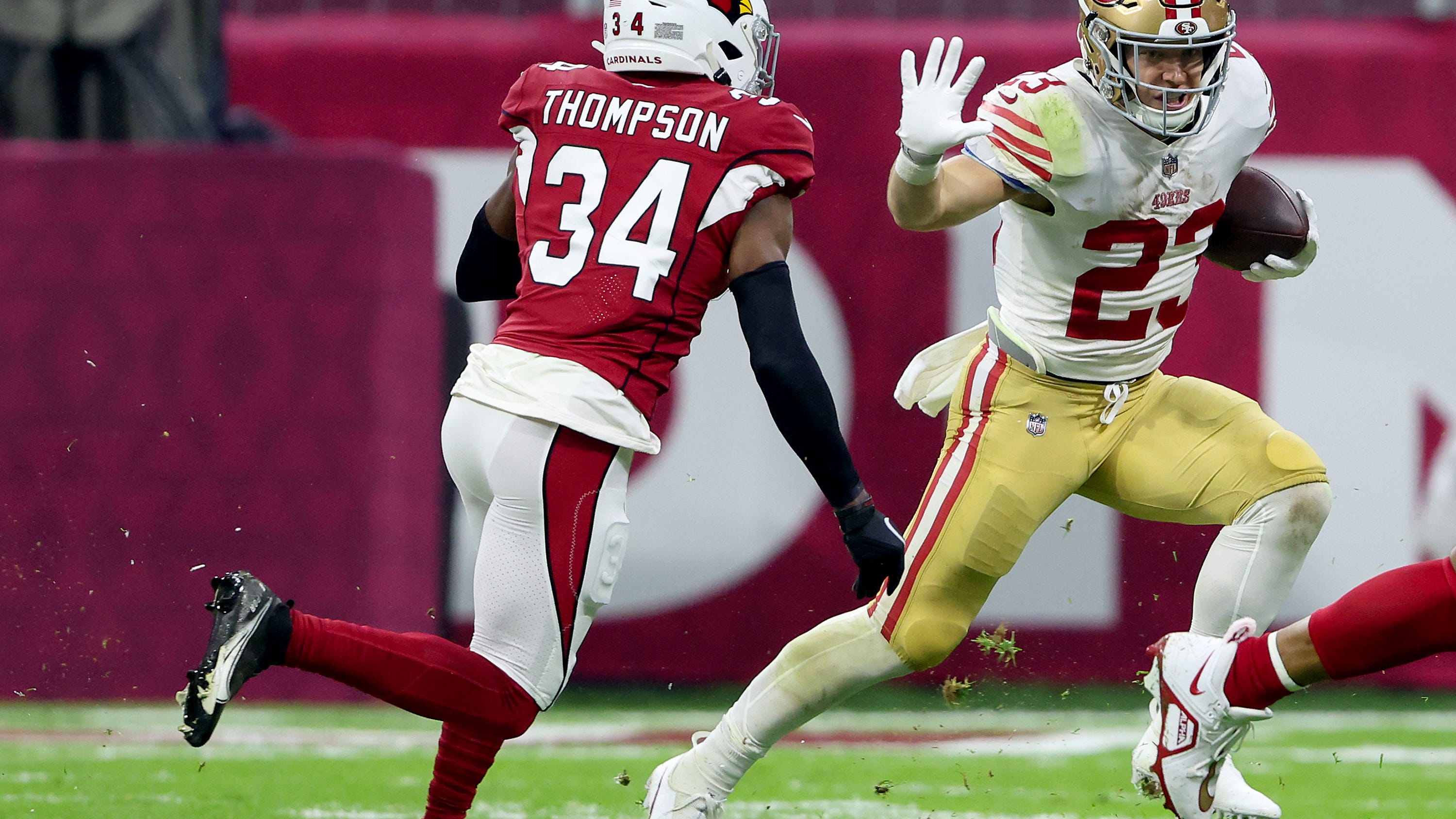