The 49ers officially placed quarterback Trey Lance on the injured reserve Wednesday while announcing a flurry of other roster moves.

Lance, of course, is expected to be done for the season after breaking his ankle and fibula in Week 2. Coach Kyle Shanahan provided an update on Lance Wednesday.

“He’s doing as good as you can,” Shanahan said. “Trey’s been great. A number of guys have talked to him a bunch. He’s trying to come to the game (in Denver) this week. I don’t think he’ll be able to until the swelling goes down and stuff like that. He’ll be back and part of us sooner than later.”

While some reports have surfaced suggesting Lance could return in 10-12 weeks, Shanahan confirmed Lance will miss the entire 2022 season.

“He’ll be out until next year, next season,” Shanahan said.

Mack joined the team off the Houston Texas practice squad last week, following a five-year run with the Indianapolis Colts that was derailed by a 2020 Achilles injury.

“This is just another chance, an opportunity to show my talent and show that I can still play this game,” Mack told 95.7 The Game last week. “So far I’m just learning as I go, grateful for the opportunity of them bringing me in. I wanna go out there and help this team. I feel that confidence in that burst I got again.”

Benkert, 27, has appeared in one game since joining the NFL as an undrafted free agent in 2018. He spent 2018-20 with the Atlanta Falcons and the 2021 campaign with the Green Bay Packers, taking two kneel downs in his lone NFL action last year. The 6-foot-4, 215-pound Benkert played 24 games at the University of Virginia before transferring to Eastern Carolina University.

“He just had a good workout,” Shanahan said. “We liked what we saw.”

Benkert also played in a familiar system with coach Matt LaFleur in Green Bay and doesn’t count against the six-veteran limit on the practice squad.

“Maybe some familiarity with the style,” Shanahan said, “but not as familiar as you’d think.”

Coleman, 29, appeared in 22 contests with the 49ers in 2019-20 before spending last season with the New York Jets, who released him during 2022 training camp. 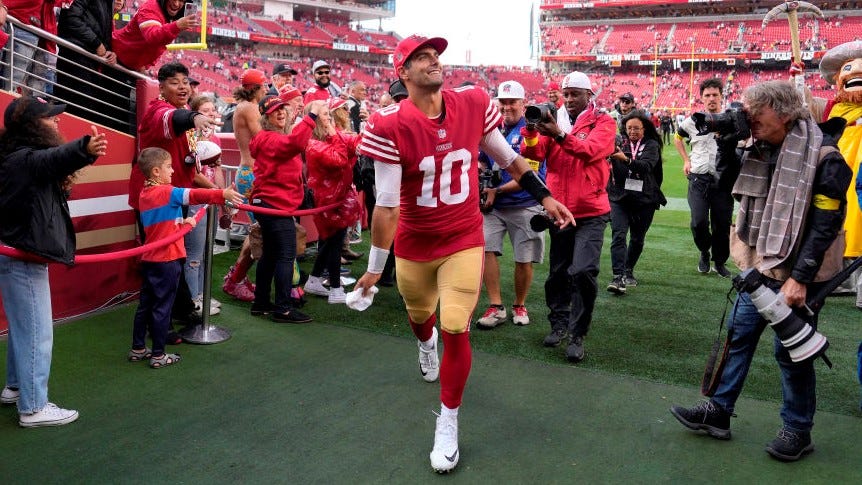