The 2021 49ers wouldn’t have been playing at Jerry’s World Sunday without Jimmy Garoppolo’s heroics in Week 18. As he battled through a thumb injury, Garoppolo led the 49ers to a scintillating overtime comeback win over the Los Angeles Rams to carry his team to the postseason. But on Sunday in Texas, the 49ers won in spite of the signal-caller.

Garoppolo committed some critical errors in Sunday’s 23-17 Wild Card playoff win over the Dallas Cowboys, but was buoyed by a day-saving defense.

“It was an emotional game,” Garoppolo said. “The highs and lows of it, just everything. Never felt like it was getting away from us. I always felt like we were in control of the game. Made for some good TV, I guess.”

Jimmy G is likely one loss away from ending his tenure with the 49ers. He played poorly enough to lose Sunday – completing 16-of-25 passes for 172 yards and a pick.

As he often does, Jimmy G missed his target high on a couple of big-impact miscues in the second half. With less than two minutes left in the third quarter, Garoppolo missed a wide open Brandon Aiyuk on what could have been a crucial 3rd-and-long conversion.

Then in the fourth quarter, Garoppolo sailed one over Trent Sherfield’s head and Cowboys cornerback Anthony Brown hauled in an interception. The Cowboys had a short field and scored a touchdown five plays later.

Here is the Jimmy ‘oh no’ throw 😬 pic.twitter.com/He9RdbA0f3

“The interception just got away from me, shot it high,” Garoppolo said. “To BA – another tough one. Those are ones you just gotta hit. Those are the easy layup ones you gotta make.”

On the team's final offensive play, 49ers tackle Trent Williams was flagged for a false start as he shifted to the right side of the line, but coach Kyle Shanahan said Garoppolo was responsible for miscue. Instead of going for it on 4th-and-1 from the Dallas 38-yard line, the 49ers moved back five yards, elected to punt and it resulted in a touchback.

"We just shifted to an unbalanced [formation]," Shanahan said. "It was on a silent count. It was quarterback sneak all the way, but Jimmy got really excited because of the look and didn't let Trent get set. He's gotta let him get set. It ended up not being a problem, though. I was going to struggle to answer that [question] though if we lost."

Garoppolo didn’t have his usual late-game magic Sunday, but the defense did. The 49ers manufactured just 34 yards on 13 plays in their final two series, ones which were salvaged by some head-scratching penalties by the Cowboys. Jimmy G also got a lot of help from a bullying offensive line that paved the way for 169 rushing yards and didn’t allow him to get sacked all afternoon.

That's not to say it was all bad for Jimmy G Sunday. He converted some key first downs with help from Aiyuk, Jauan Jennings and George Kittle.

Garoppolo tore a ligament and suffered a small fracture in his thumb in Week 17 and is still feeling the effects of the injury.

“It held up,” Garoppolo said. “It’s pretty much the same as last week. It’s a day-to-day fight.”

The 49ers are set to face the NFC’s top-seeded Green Bay Packers Saturday at 5:15 p.m. PT on FOX. I’d opine that Garoppolo can’t play like this again for the 49ers to win, but the defense might say otherwise. DeMeco Ryans’ unit bailed him out and extended the Jimmy G era at least one more game.

And to all you Trey Lance truthers – don’t start grumbling now. Even though Garoppolo struggled Sunday, it makes no sense to throw a rookie quarterback back into the starting lineup facing a No. 1 seed at Lambeau Field.

Get ready for another episode of The Jimmy G Experience Saturday. 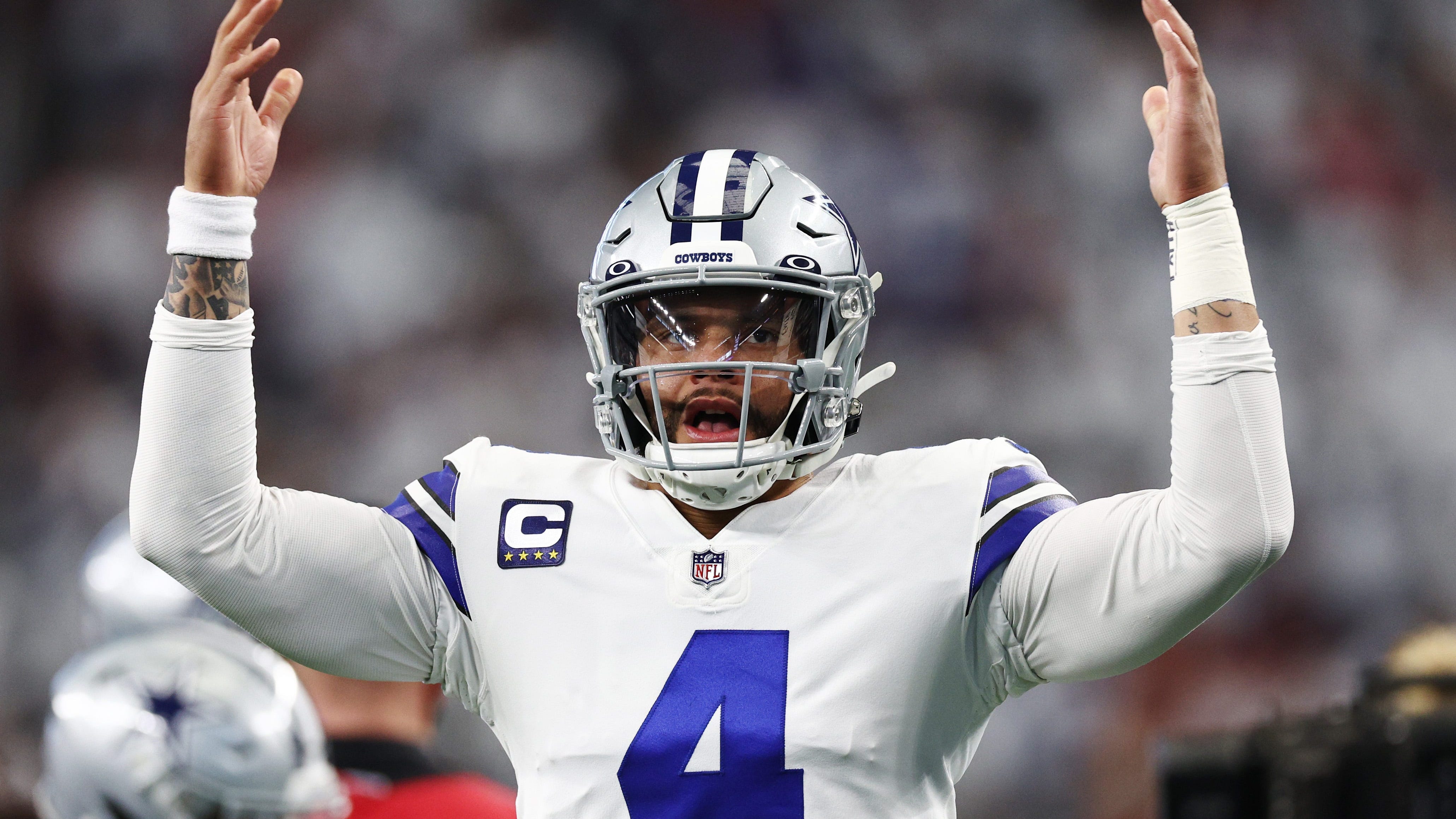