You might think that Azeez Al-Shaair and the 49ers defense would get bored watching the offense march down the field seemingly forever. During the past two games, 49ers quarterback Jimmy Garoppolo has led the team on drives of 18 and 20 plays, respectively, to open the game.

During his appearance on 95.7 The Game’s “Damon & Ratto” Wednesday, Al-Shaair said the offense can stay on the field as long as it wants. Listen to the full interview below:

The 49ers defense has also been on top of its game the past couple of weeks, holding the Los Angeles Rams and Jacksonville Jaguars to a combined 21 points. Al-Shaair says the previous struggles weren’t for lack of effort.

“All year we’ve been working hard and trying to do what we’ve been doing the last two weeks. It’s not like guys are just now figuring it out.”

Al-Shaair will have some competition for his job at SAM linebacker this week, as Dre Greenlaw (groin) is set to return to action for the first time since Week 1. Though Greenlaw was the starter before getting hurt, Al-Shaair has done enough to maintain his spot with the No. 1 defense.

“I think Greenlaw has done a hell of a job in his career here for us,” Coach Kyle Shanahan said last week. “He's just getting back into practice for the first time in a while, so I do think it would be hard to unseat Azeez right away. Just because of what Azeez has done, he's played at a high level and I think that'll take Greenlaw a while to have the chance to pass him up again.” 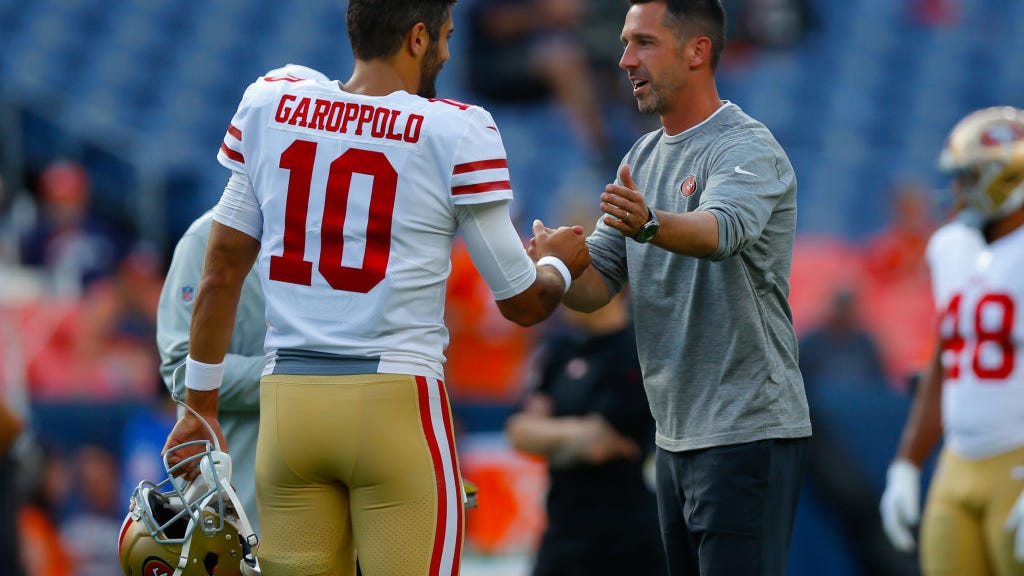