How much can we expect Trey Lance to play in the preseason?

49ers coach Kyle Shanahan addressed the media before Tuesday’s practice in Santa Clara and laid out the plans for the second-year quarterback, saying he’d like to see Lance play in Game 1 and Game 3.

"We've got a pretty good idea," Shanahan said. "I definitely want to see how these practices go these first two days. I'd like to get guys to play in this game, mainly because I don't want them to play in the second game."

Plan is for him/them to play in Game 1 and Game 3 w/joint practices in Minnesota & quick five day turnaround from Game 2 and Game 3 pic.twitter.com/hFK4bHC6DG

So we should expect to see Lance get some decent run with the 49ers on Friday, when they host the Green Bay Packers for the preseason opener. From there, the 49ers play the Minnesota Vikings on Aug. 20 and the Houston Texans on Aug. 25.

Shanahan cited the joint practices with Minnesota and short turnaround time between the Vikings and Texans games as reasons to hold out Lance from the second game.

"To get a chance to get him in a game four days after that, versus Houston, when we get back Sunday morning would be tough,” Shanahan said. “That's why I don't want them to play much in that game. Hopefully a little in one, a little in three, and then we'll have 17 days to get ready for Week 1.”

Some fans might be worried about reports of Lance’s low completion percentage in training camp so far, but Shanahan doesn’t sound concerned about his quarterback(s).

“I think it’s gone kind of how you expect it. He’s had some real good days. He’s had a couple tough days. I thought he had a rough day his last practice. So it’s going to be good to see how he bounces back today.”

"I think it’s gone kinda how you'd expect it, like you do with every quarterback," Shanahan said. "He's had some real good days and he's had a couple of rough days. I thought he had a rough day his last practice (Sunday). It's going to be good to see how he bounces back today. But I've been real pleased with Trey and real pleased with all three of ‘em." 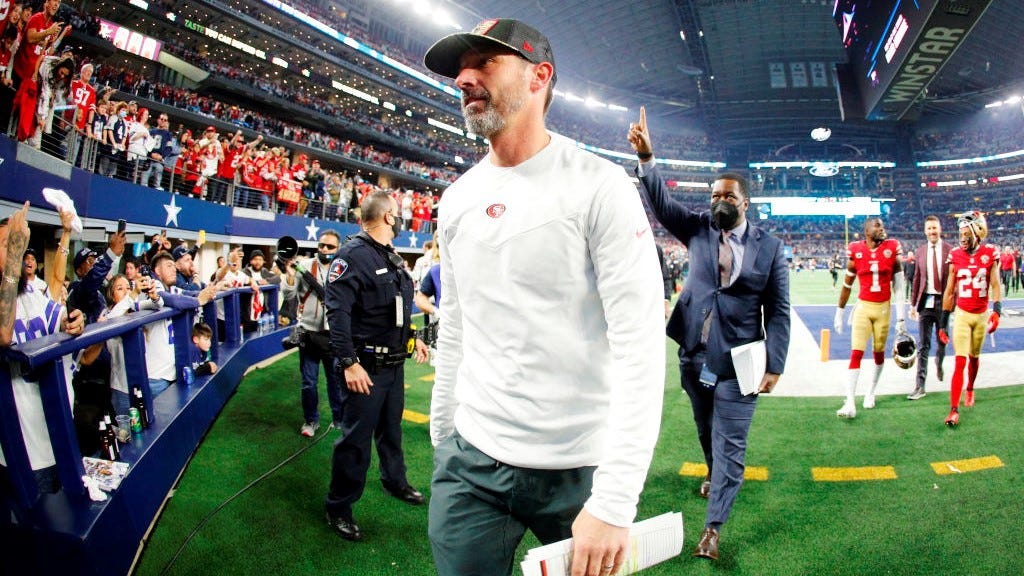