Silver joined the ‘Candlestick Chronicle’ podcast with Kyle Madson and Chris Biderman Monday to discuss his new gig and give his early impressions of the 49ers quarterback situation.

“I do believe that column writing is my natural habitat,” Silver said. “I dunno if you guys know, but I tend to be a little opinionated.”

Silver, who cut his teeth in the Bay Area before going on to prominent roles with Sports Illustrated and NFL Media, first covered Mike Shanahan, Kyle’s father, when he was the quarterbacks coach/offensive coordinator with the 49ers in the early 1990s.

“I’ve known Kyle since he’s 15 or so,” Silver said. “I watched him kinda grow into this, paradoxically, somebody who was really, really good at it. Took his father’s innovative system and took that to different levels.”

For now, the main concern in camp is with the progression of second-year quarterback Trey Lance. Much has been made of Lance’s subpar completion percentage in training camp, but it’s also 2022 where instant reaction on Twitter has changed the dynamic of criticism and public perception.

“You think you’re covering a s–t show?” Silver said. “I covered Montana-Young for six years. It was not chummy. People have no idea. I will say this, we were not charting training camp practice incompletions and freaking out if one of them threw a pass that skipped on a receiver’s shoes and putting it out there on social media. That is a thing. Trey’s definitely, at best, gonna have growing pains And at best, those growing pains are gonna be magnified and treated as a big deal.”

It sounds like Silver is intrigued by the new ceiling of the 49ers offense now that the dual-threat Lance has taken over the reins.

“There’s plenty of things that Jimmy didn’t do as well that I think you could argue Trey Lance, on paper, could do better,” Silver said. “He’s gonna be more athletic, he’s got a bigger arm, he can throw the deep ball better. I don’t wanna slight Jimmy here, because I’m a known Jimmy-phile, but if you just ask people, ‘Who do you think is the intelligent who can really see everything based on how you scouted them?’ Trey Lance is gonna win that contest pretty much every time. Jimmy’s more handsome, but I don’t know what other male you would say could compete.

“You look at Trey and go, he can be better in all those ways pretty quickly.  There has been concern and skepticism and how accurate is he, and can he get those accurate balls into tight spaces?”

Shanahan famously clashed with players like Donovan McNabb and Robert Griffin III during his time in Washington, but also showed the ability to adapt his offense for the situation. Silver noted how Shanahan had to revamp Washington’s entire offense once RG3 took over and that some upcoming changes could be in store with Lance.

“To fight through these growing pains and give them the best chance to win now,,” Silver said, “and just from a competitive standpoint, I just think Kyle’s gonna have to problem solve again and change his offense some, to showcase those obvious strengths and try to be less reliant on what could be a weakness. That’s what fascinates me.”

Silver has deep connections throughout the league, especially with the 49ers and other high-profile stars like Aaron Rodgers, as Silver is a proud Cal alum. 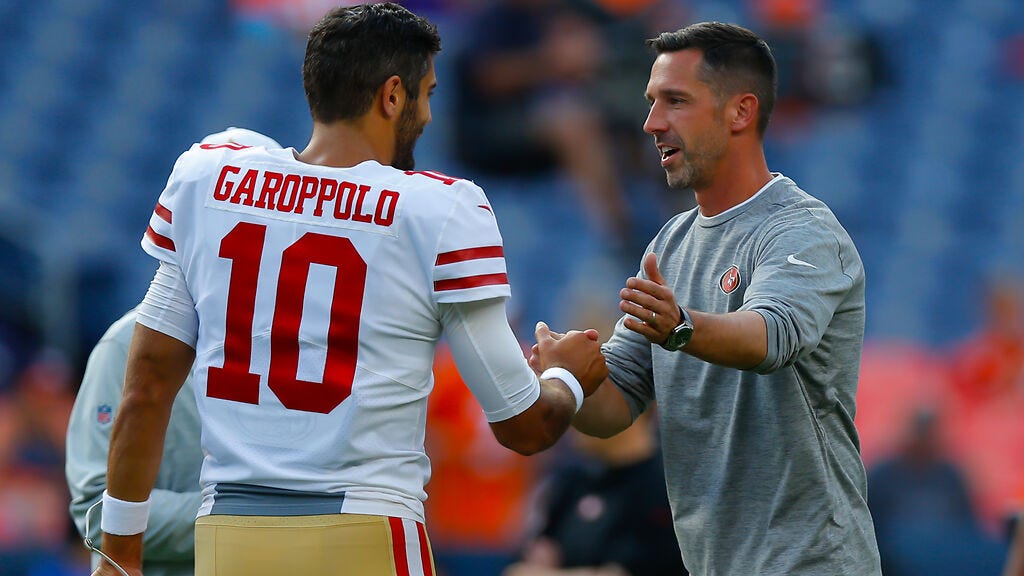