Friendly fire is a part of football.

NFL Films shared the funny exchange between the two stars, as Warner was mic’d up Sunday. The two made a little contact and Bosa went to the ground, but it could have been a lot worse.

“That’s why I got this helmet,: Bosa joked.

Once they got back to the sidelines, Bosa showed off some more of his dry humor.

“That was crazy,” Bosa told Warner. “My life flashed before my eyes. You’re really a heat-seeking missile.”

The 49ers defense pitched a shutout Sunday, though the Seahawks were able to score a touchdown on an 88-yard return on a blocked field goal. Through two games, the 49ers lead the league in yards allowed (210 per game) and rank tied for third in points allowed (13 per game).

They’re clearly having fun doing it, too.

Much has been expected of the 49ers defense and it’s looked the part so far, with Warner in the middle and Bosa wrecking shop on the edge. Bosa, who is seeking a 20-sack season, already has three, including one of Geno Smith on Sunday. According to Football-Reference, Bosa also has three tackles-for-loss and seven quarterback hits.

Warner, who has nine tackles this season, per Football-Reference, signed a five-year, $95 million extension with the 49ers last summer. Bosa looks primed to get a huge extension by next offseason, as he enters the final year of his rookie deal in 2023. At this rate, Bosa could be the highest-paid non-quarterback in the NFL and demand a contract with a higher average annual value than Aaron Donald’s $31.6 million per season. 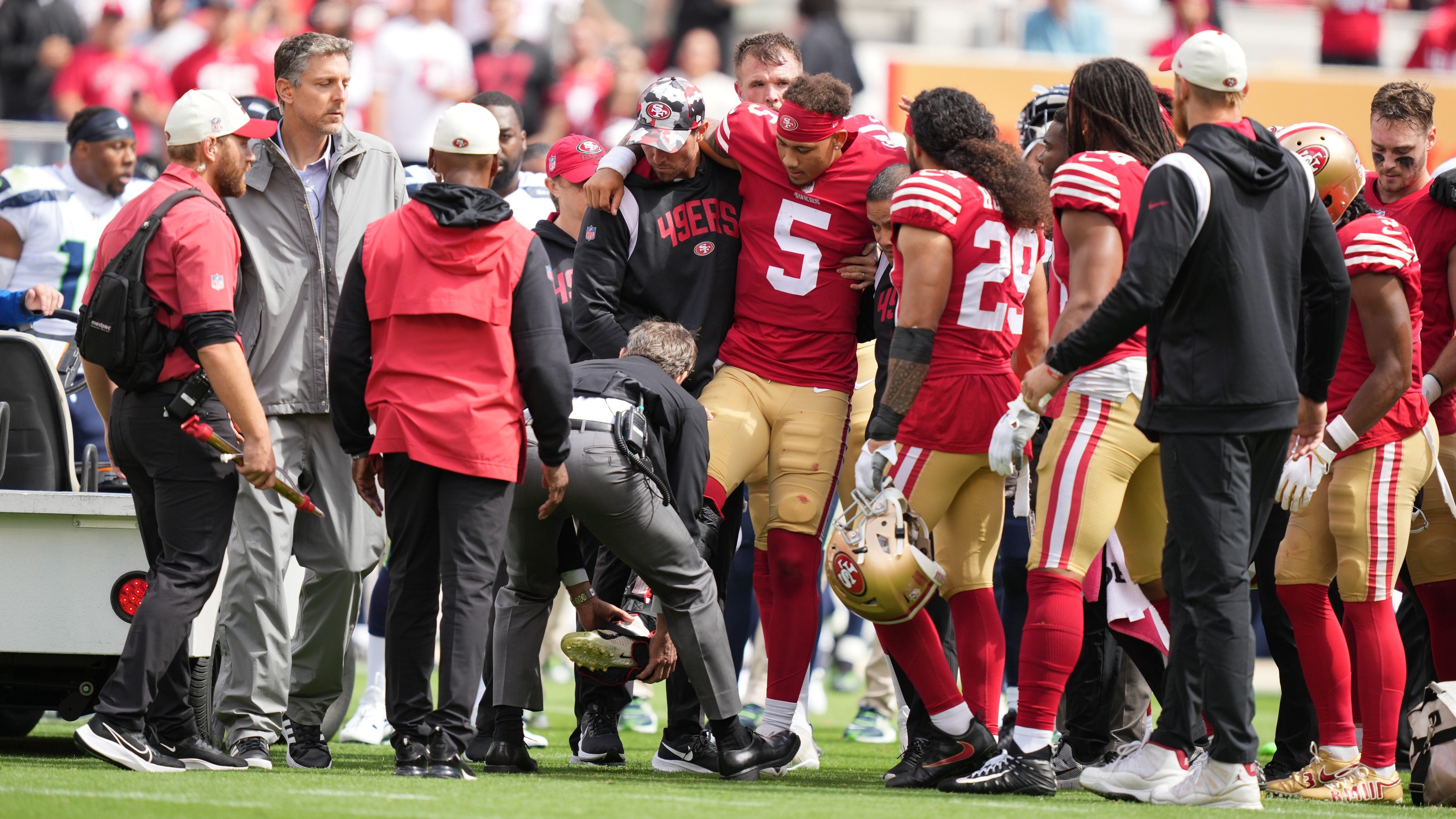