Former 49ers defensive tackle DeForest Buckner has been in the media spotlight this week as he gets set to return to Santa Clara.

On Sunday night, he’ll face the 49ers for the first time since they traded him in May 2020, months after he helped lead the team to Super Bowl 54. Pro Football Focus Senior Analyst Sam Monson joined 95.7 The Game’s “Willard & Dibs” Friday for an insightful look at how the 49ers have fared since making that franchise-altering decision. Listen to the full interview below:

“The big thing is the planned replacement, Javon Kinlaw, hasn’t worked out,” Monson said. “This is the risk you take when you trade away a player, even for a first-round draft pick, and replace him with that first-round draft pick. It’s really hard to hit on that to the same degree of a superstar player. Sometimes it works out.”

Monson cited the Minnesota Vikings’ 2020 decision to trade Stefon Diggs to the Buffalo Bills for a package that included the No. 22 overall pick in that year’s NFL Draft. The Vikings used the pick to select wide receiver Justin Jefferson, who racked up 88 catches for 1,400 yards and seven touchdowns en route to being one of two Pro Bowl rookies.

“They ended up perfectly moving on from one guy to another and getting cheaper in the process,” Monson said. “Absolutely fantastic. But most of the time, it doesn’t work that way. You end up bringing in a player and asking him to step into some really, really big shoes, and it’s hard. It’s not easy for that to happen.

“Javon Kinlaw as a rookie sort of flashed some ability, but he hasn’t really taken the step forward this season. Obviously, he’s battling injuries. But that’s the big thing, you trade away a known commodity, a superstar playmaker and his replacement hasn’t been able to pick up the slack.” 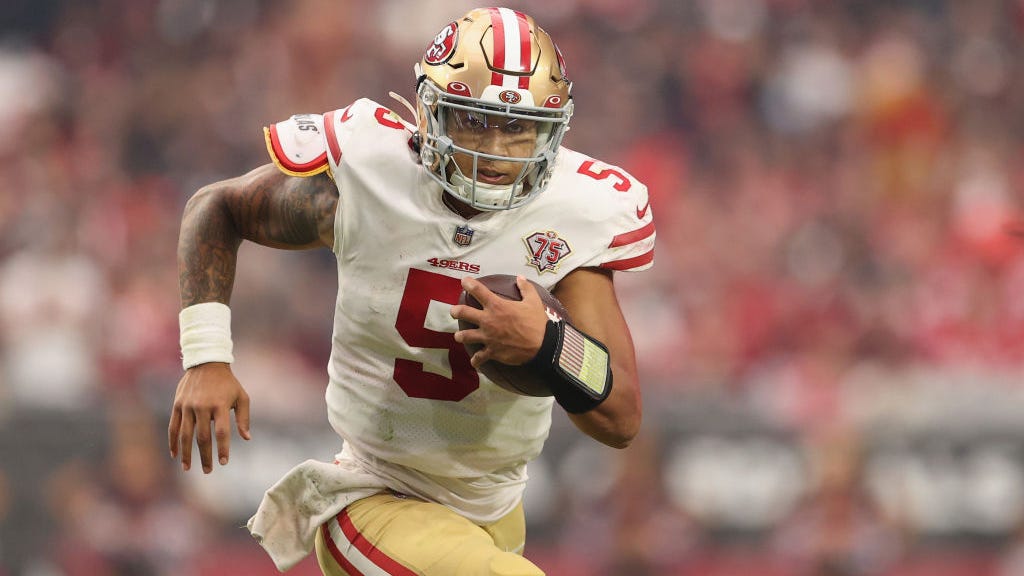 Coach Kyle Shanahan told reporters this week that the 49ers didn’t want to trade Buckner but had to face the financial realities of their burgeoning budget on defense. The team opted to re-sign defensive tackle Arik Armstead and safety Jimmie Ward while securing the 2020 No. 13 overall pick, which was used on Kinlaw.

The second-year defensive tackle is out for Saturday’s matchup and could be placed on injured reserve as he deals with a chronic knee issue. Not ideal for a 24-year-old who is listed at 6-foot-5, 319 pounds.

“It's something we're worried about and concerned about,” Shanahan said Friday. “It’s something we'll probably decide here in the next week.”

As for the rest of the unit, Monson said San Francisco has graded out as the NFL’s 10th-best defense under first-year coordinator DeMeco Ryans.

“It’s a pretty decent unit,” Monson said. “It’s not a bad group, but it’s not back to being one of the best defenses in the NFL wh