The 49ers are looking healthy heading into their Wild Card round matchup against the Dallas Cowboys on Sunday. The biggest news of all: tackle Trent Williams (right elbow) took part in Thursday’s practice after missing Wednesday’s session and last week’s contest against the Los Angeles Rams.

Cam Inman of the Bay Area News Group shared a video of Williams (No. 71) on the practice field in Santa Clara on Thursday.

#49ers practice observations ahead of Sunday vs #Cowboys

"The elbow's doing good," Williams told reporters after Thursday's practice. "We've made a lot of improvement in the last week or so. I practiced today and felt pretty good."

Williams said he injured himself on the 49ers' sixth play from scrimmage in Week 17 against the Houston Texans. He said he will just use tape instead of a brace and the injury won't require offseason surgery.

"I just gritted through it and paid the price later," Williams said.

This season, Williams recorded a 98.3 grade from Pro Football Focus, which is the highest single-season mark for any player in the PFF era.

This marks Williams’ second season with the 49ers, so he missed out on the team’s Super Bowl run a couple years ago. But the nine-time Pro Bowler could earn his first postseason victory Sunday.

“He’s the best football player I’ve ever played with,” 49ers tight end George Kittle said Thursday. “It’s very helpful. Huge Trent Williams fan. Love playing with him, love blocking with him. He makes my life a lot easier. He makes everybody’s life a lot easier. You can ask him to block two guys and he’ll do it with ease. Trent a little bit hurt is still better than almost anybody in the NFL, regardless of position.” 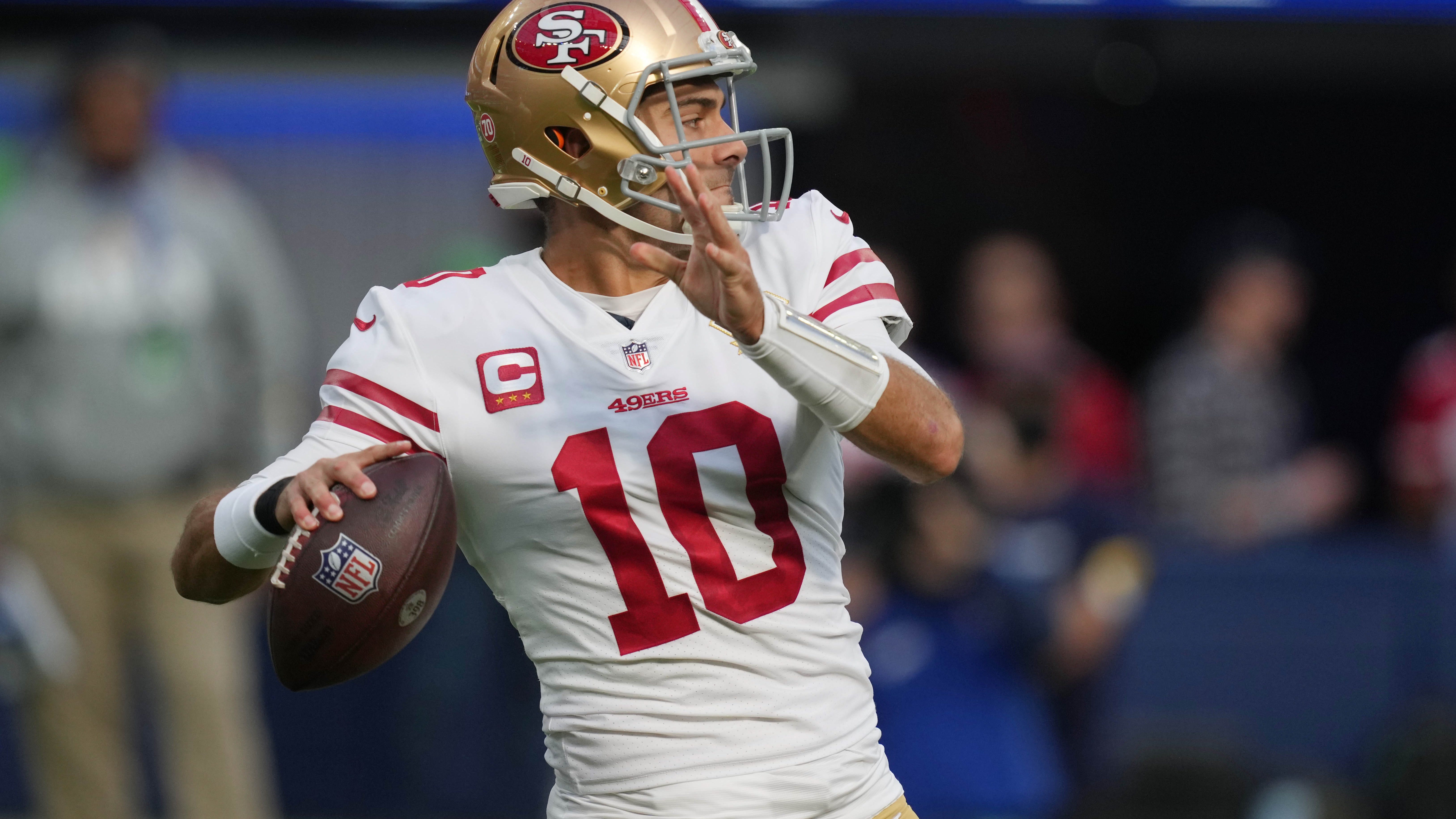 Theismann: 49ers can't ask Jimmy Garoppolo to do too much vs. Cowboys